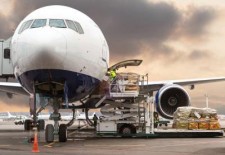 A robust global air cargo market has virtually completed its recovery to post-Covid volume levels inside 10 months, according to airline performance data for February 2021 from industry analysts CLIVE Data Services and TAC Index.

In both 2019 and 2020, project developers in the United States installed more wind power capacity than any other generating technology.

Ocean rates from China to the US West Coast fell 14% this week, the largest single-week drop since before the pandemic, likely due to some easing of seasonal demand surrounding Chinese New Year. But rates are still expected to stay elevated on strong demand as well as on congestion and delays into H2.

FTR reports preliminary North American Class 8 net orders remained impressive in February for the fifth consecutive month coming in at 44,000 units, +3% m/m, and +209% y/y. Emphasizing the strength of the orders, February 2021 was the second-highest total ever for the month of February. Orders for the previous twelve months now total 338,000 units.

This week’s OPEC+ meeting will chart out exactly how wide the 23-nation group will open the supply spigot from April onwards, and whether OPEC+ stays ahead, behind or precisely on the rebalancing curve in the months to come.

The oil market has finally reached a stage that hints recovery, as it is the first time in a year that everyone expects OPEC+ to justifiably bring more output back to production mode. 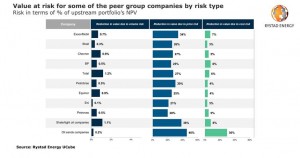 The back-to-back downturns that exploration and production companies (E&Ps) have faced during the past decade have accelerated the energy transition, adding to growing social and regulatory demands for greener energy solutions.

The cold snap that affected much of the central part of the country in mid-February disrupted energy systems, particularly in and around Texas. In the U.S. Gulf Coast, where the petroleum infrastructure has rarely operated in sub-zero temperatures, several refineries fully or partially shut down, leading to the largest reduction in Gulf Coast refinery operations in several years. 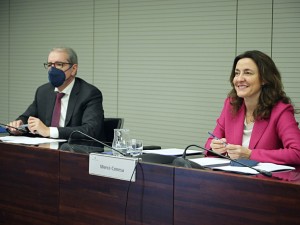 After grinding to a halt in the aftermath of the global financial crisis, M&A activity in the port sector has been growing, with financial investors being particularly active. Recent M&As indicate the sector is consolidating Recent media reports suggest that the Belgian cities of Antwerp and Bruges have decided in principle to merge into one, a new port authority for the coastal port of Zeebrugge and the larger, more inland port of Antwerp. While Zeebrugge is a leading ro-ro port and a natural gas hub, Antwerp is the second largest port in Europe, providing multiple multimodal connections to the rest of Europe via road, rail, barge and feeder services. As a result, it is a major hub across a range of cargo types – container, chemicals and break bulk. A merger of Belgium’s two largest port authorities will have positive cost implications. The unification is subject to clearance from authorities and, if it goes through, the combined port will rank a close second to Europe’s largest container hub, Rotterdam. As part of a joint plan, the two ports have defined three strategic priorities – sustainable growth, resilience and leadership in energy and digital transition. After the completion of the deal, the city of Antwerp will own ~80% of the new company, with the city of Bruges controlling the remaining ~20% share. This planned merger follows an emerging global trend. In 2019, COSCO Shipping Ports announced the signing of a merger agreement with Tianjin Port Holdings and China Merchants International Terminals, consolidating a number of major terminal facilities in China. The planned regionalisation of ports (region-wise consolidation) in China aims to rationalise capacity planning and reduce damaging competition between neighbouring ports. China now has 9 ports in the global top 25, compared to 11 two years ago. Another deal delivered as part of China’s regionalisation strategy was the July 2020 acquisition of Yingkou Port by Liaoning Port Company (previously known as Dalian Port Company). This all-scrip deal was worth USD 2.39bn (EV/EBITDA of 7.6x vs a long-term average of 11x). Strategically the deal is focussed on strengthening Liaoning Port’s status as a major gateway port in northeast China. According to the latest figures issued by China’s Ministry of Transport, Port of Dalian has registered an annual decline of 41.7% in volumes to adjust the overstatement of throughput in 2020 as well as volumes shifting to nearby Yingkou Port. Liaoning Port Company’s acquisition of Yingkou Port should help balance-out some of these inter-regional shifts in throughput. In another deal, Adani Ports and Special Economic Zones (APSEZ) acquired a controlling stake of 75% in Krishnapatnam Ports Company Ltd (KPCL) for USD 1.6bn (equivalent to an EV/EBITDA multiple of 10x). KPCL is a multi-cargo facility port situated in the southern part of Andhra Pradesh, a state which has the second longest coastline in India. The acquisition should accelerate APSEZ towards 500 million metric tonnes per annum by 2025 and is another step in implementing the company’s stated strategy of achieving cargo parity between west and east coasts of India. This latest addition to the portfolio complements Adani’s existing investments in Ennore and Kattupalli, strengthening its market position and control. From the valuation standpoint, the recent up-move highlights increased M&A activity in the sector. However, despite this increase, valuation remained below the long-term average, showcasing the possible acquisition opportunities.

Oil prices are finally pricing in the full boost from the long-awaited US stimulus bill, rising on the prospect of extra spending and its related market benefits.

In January of 2021, the container throughput of Chinese ports have a increase of 13% compared with the same month last year, and the Ningbo Containerized Freight index (NCFI) keep rises in February

China-US ocean rates are climbing as China’s manufacturing stays open over the Lunar New Year holiday. Rates to the US West Coast increased 6%, and are up 22% since the end of the year. Asia-North Europe climbed 6% to a new high of $8,455/FEU. 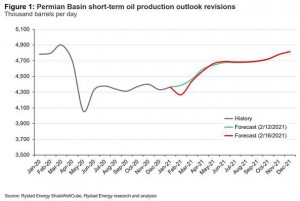 The oil production disruption that extremely cold weather has caused in the US is moving the whole energy system today and that’s what supports the oil price rise. 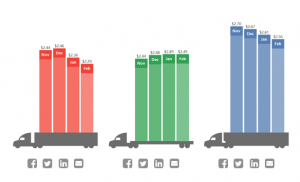 Feb 8 - 14 - After falling for most of January and then stabilizing at the start of February, spot rates moved up last week, as shippers looked to move as much freight as possible out of the way of Winter Storms Uri and Viola. 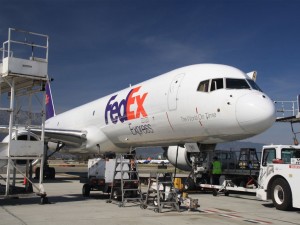 Ontario International Airport (ONT) began 2021 just as it closed out 2020, with a double-digit increase in commercial freight volume while the COVID-19 pandemic continued to depress passenger numbers.

The U.S. Energy Information Administration’s (EIA) Annual Energy Outlook 2021 (AEO2021) Reference case projects that growth in natural gas consumption in the United States between 2020 and 2050 will be driven by exports and industrial use; consumption growth from the other sectors will increase slowly or stay flat. 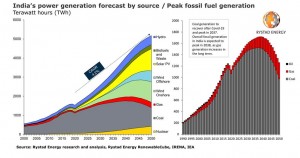 India’s Catch-22: Coal use set to boom as renewable wave can’t keep up with electrification growth

Indian power generation from coal fell to a five-year low of “just” 1,064 terawatt-hours (TWh) in 2020 due to the Covid-19-induced slowdown.