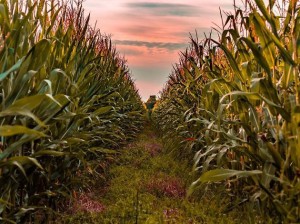 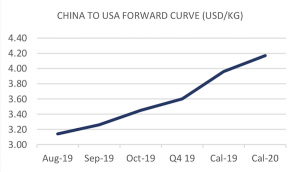 The Freight Investor Services air cargo market report combines data from The Air Cargo (TAC) Index and perspectives from our wide array of clients to provide an view on the historical, present and future air cargo market.

U.S. annual coal production by basin Source: U.S. Energy Information Administration and U.S. Mine Safety Health Administration (MSHA) More than 40% of coal produced in the United States comes from 16 mines in the Powder River Basin (PRB), a mining region primarily located in northeast Wyoming and southeast Montana. Four companies collectively own more than half of those PRB mines, and those 10 mines produced 87% of the Basin’s coal in 2018. Two of those companies, Cloud Peak and Blackjewel, filed bankruptcy this year. The two other companies, Peabody and Arch Coal, are proposing a joint venture that involves some of the PRB mines. Powder River Basin coal production by mine owner affiliation and individual mine Source: U.S. Energy Information Administration and U.S. Mine Safety Health Administration (MSHA) Most of the coal produced in the PRB supports electric power generation in the United States. Starting in the 1990s, many coal-fired power plants switched to subbituminous coal from the PRB—which has relatively low sulfur content—to meet tightening Clean Air Act emission standards. By 2003, the Powder River Basin yielded more coal than the Appalachian coal basins in the eastern United States. Both U.S. total coal production and PRB coal production peaked in 2008 and have since declined. PRB coal production reached a high of 496 million short tons (MMst) in 2008 and fell to 314 MMst in 2016 but has since increased slightly to 324 MMst in 2018. Coal use in the U.S. electric power sector has decreased as overall electricity demand has remained relatively flat and other fuels—particularly natural gas and renewables—have gained market share. Coal’s share of the U.S. electricity generation mix was 48% in 2008 and has since fallen to 28% in 2018. The U.S. Energy Information Administration’s (EIA) Short-Term Energy Outlook expects coal’s share of power generation to be 24% in both 2019 and 2020. EIA forecasts that coal production in the Western region, which includes PRB coal as well as coal production in the Rocky Mountains, will decline by 12% in 2019. Declines in domestic coal consumption had been partially offset by rising demand for coal in export markets. Although most U.S. coal exports are bituminous coal (used for steelmaking), the United States has exported growing volumes of subbituminous coal from PRB mines to Asian countries for coal-fired power plants. However, these volumes are relatively small—the United States exported 7.7 MMst of subbituminous coal in 2018, accounting for 7% of total U.S. coal exports and 2% of total PRB coal production. Powder River Basin coal production and productive capacity Source: U.S. Energy Information Administration, Form EIA-7A, Annual Survey of Coal Production and Preparation, and U.S. Mine Safety Health Administration (MSHA) Coal mines in the PRB are only using about two-thirds of their productive capacity. Productive capacity refers to the amount of coal that mines could produce each year with their existing equipment. PRB coal productive capacity peaked in 2010 at 575 MMst and has since declined to 476 MMst in 2018. annueal average Powder River Basin coal price Source: U.S. Energy Information Administration and S&P Global Prices for PRB coal have exhibited little volatility in the past decade. In 2008, the average annual selling price for PRB coal with a heating value of 8,800 British thermal units per pound was $13.31 per short ton, compared with $12.31 per short ton in 2018. Transportation rates to deliver coal from PRB mines to power plants, mostly by railroad, now account for nearly two-thirds of the total delivered cost of the coal, compared with 56% in 2008. Principal contributors: Rosalyn Berry, Mark Morey 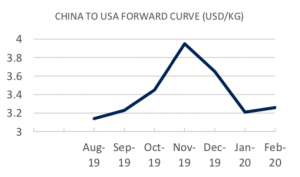 Spreads widen for China- Europe August contracts at 2.48/2.52, losing 1 cent in value for the month down to 2.50 USD/KG, versus a rebounding spot rate of 2.44 (up by 2.10% over last weeks slump). 'Airfreight routes (AGRs)' provide us with tradeable routes in conjunction with baskets, by maximising volumes along regional tradelanes. AGRs calculate the average of several correlating arrival points noted by their airport codes

In the first seven months of 2019, natural gas feedstock deliveries to LNG export facilities have been the fastest growing among all U.S. natural gas consumption sectors. 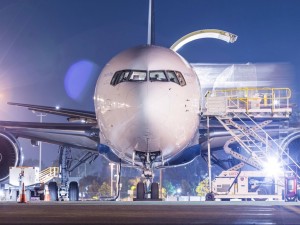 Ontario Airport freight volume up over 4 percent in July

Air cargo shipments, meanwhile, grew modestly in July by nearly 2% to more than 64,000 tons. During the first seven months of the year, cargo volume totaled almost 429,000 tons, up 3.4% from the same period last year. 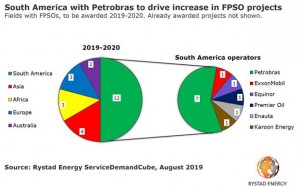 The global market for floating production, storage and offloading vessels (FPSOs) is headed for a major renaissance with as many as 24 FPSO awards expected by 2020, driven to a great degree by Brazil.

Enrique K. Razon, Jr., President and Chairman of ICTSI said: “ICTSI’s performance in the first half of 2019 has been very positive.

The Port of Virginia in July processed 265,559 TEUs (twenty-foot equivalent units) in July, making it the second busiest month in the port’s history. 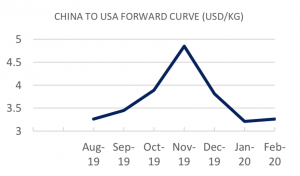 August bid/offer interest and prices hold, with changes possible should the market remain at a lower level. September drops off 1 cent however spreads widen, reflecting significant uncertainty in the coming months. Q4 outlook on both the EU and US trade lanes remains consistent holding at $2.89 and $4.01.

Cargo slides in July at the Port of Long Beach 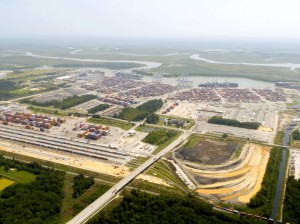 Intermodal cargo up 10.5 percent in Savannah

Intermodal cargo continues its powerful rise at the Georgia Ports Authority, achieving 10.5 percent growth in July. Over the past three years, the Port of Savannah has grown its rail volume by 35.4 percent, completing more than 507,000 intermodal lifts in the fiscal year that ended in June.

Australia is on track to become world’s largest LNG exporter

Australia is on track to surpass Qatar as the world’s largest liquefied natural gas (LNG) exporter, according to Australia’s Department of Industry, Innovation, and Science (DIIS). 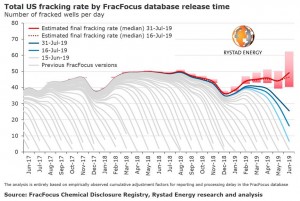 Hydraulic fracturing operations in the Permian shattered old records in June, according to Rystad Energy. 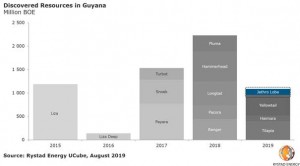 Another big discovery off Guyana

On Monday 12 August, Tullow Oil announced it has made a “significant and high-value oil discovery” off the coast of Guyana. 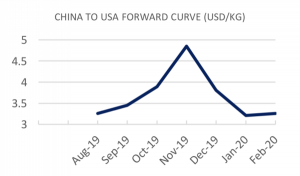 The Freight Investor Services air cargo market report combines data from The Air Cargo (TAC) Index and perspectives from our wide array of clients to provide an view on the historical, present and future air cargo market.

In the United States, most petroleum is consumed in transportation

Petroleum, which consists of crude oil and refined products such as gasoline, diesel, and propane, is the largest primary source of energy consumed in the United States, accounting for 36% of total energy consumption in 2018. 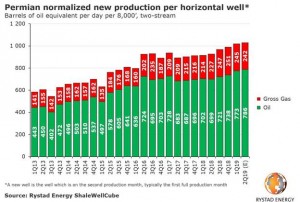 A handful of industry insiders have recently speculated that the Permian may be on its way out, noting that well productivity in the Permian is declining. In fact, the truth is quite the opposite.