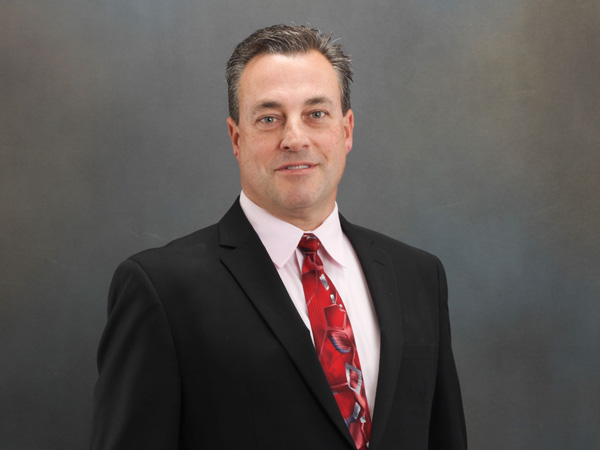 The decision by French ocean carrier CMA CGM to make the Port of Oakland its first port of call in a new service from Asia is a reflection of importers and exporters developing new markets closer to their customers: “First-call status demonstrates the market is viewing the Port of Oakland more strategically which will attract increased cargo volumes,” says GSC Logistics Harbor Trucking President Dave Arsenault.

In an interview, Arsenault who took over as GSC president in January, told AJOT: “We’re already hearing from customers who are requesting to expand our existing partnerships in order to accommodate increased cargo volumes scheduled to arrive on those ships.”

GSC Logistics said it transported an all-time record number of containers last year from ports in Oakland, Seattle and Tacoma. It anticipates significant growth in 2021, indicating that trade dynamics favor its home market in Northern California.

Arsenault said shipping lines are redirecting cargo to Oakland from congested Southern California ports. Highlighting the trend, French shipping line CMA CGM launched a first-call Oakland service Feb. 12 in a weekly service from Asia: “The current congestion in Southern California has meant import and export were causing additional delays for Northern California importers and exporters and so the decision by CMA will help Oakland and Northern California shippers. I think this is also a reflection of a growing trend by importers and exporters to build warehouse space closer to their customers. You have seen this since the opening of the widened Panama Canal and with the growth of import cargoes arriving from Asian to ports in the U.S. Gulf and in the Southeast.”

Arsenault said that the new first call status for the Port Oakland could be jeopardized if the City of Oakland proceeds with locating the Oakland A’s baseball park and condominium complex at the Howard Terminal site at the Port of Oakland: “I very much agree with Scott (Scott Taylor, chairman of GSC Logistics) and his opposition to the proposed Oakland A’s Howard Terminal ballpark. The idea of taking vital maritime space that can be used to expand the Port of Oakland’s first port of call status and repurposing this valuable maritime land space into a baseball park makes no sense. Once that land with its cranes and infrastructure gets transformed into a ball park, it’s not going back to maritime. Oakland is on the verge of a major port expansion and the Howard Terminal ballpark will have a negative impact on that growth”

Arsenault told AJOT, GSC may be expanding trucking operations outside of its base in Northern California and the Pacific Northwest: “GSC is a pro-growth company, well-situated, and I would not rule out the possibility that it will expand its operations into Southern California and possibly ports on the Gulf and East Coast.”

Nationally, shippers began to diversify away from main ports at New York/New Jersey and Los Angeles/Long Beach after the 9/11 attack on New York: “The move away from Southern California began with 9/11 and the concern that a terrorist attack could shutdown supply operations in one place like New York or Los Angeles. This drove shippers to diversify and began the so-called ‘Four Corners Strategy’ whereby shippers began to invest in distribution in: the Northeast (New York and New Jersey); the Southeast (Savannah and Charleston); the Southwest (Los Angeles and Long Beach); and the Northwest (Oakland/Seattle/Tacoma). Now, we are seeing a second trend which is to invest more capacity in subregions of the Four Corners and this happening at the Port of Oakland. I don’t think the CMA first port of call at Oakland is temporary….it may be the start of a new trend for more first ports of call at Oakland to serve the growing Northern California market. “

Threat From Port of Prince Rupert

Arsenault sees a threat of Oakland losing cargo to the Canadian Port of Prince Rupert: “One of the reasons is the Harbor Maintenance Tax which is assessed on U.S. ports but Canadian ports don’t have something similar.”

He hopes that higher freight rates charged by the Union Pacific (UP) and the Burlington Northern Santa Fe (BNSF) going to and from U.S. West Coast ports will be responsive to growing competition from Prince Rupert: “I have got to believe that if the UP and the BNSF see that they are losing freight to the CN (Canadian National Railway) and Prince Rupert because of higher rail rates … that they will respond…”

With congestion, cooperation is needed: “The supply chain is a function of a mutual reliance between ocean carriers, marine terminals, distribution centers, railroads and truckers. Congestion is impacting the California ports because of the move to turn around boxes quickly… but the supply chain also relies on warehouses where the street dwell times have doubled and so devanning the containers is taking twice as long as it normally does. This slows the flow of goods inbound and outbound.”

Arsenault is hopeful that 2021 will be a good year for Oakland and other U.S. ports: “I see 2021 being a year of major growth because by the time the current congestion subsides, it will be around June or July and this will slow down just as the holiday season buying surge starts and so demand will probably remain steady and high throughout 2021.”

On the direction of ocean freight rates, Arsenault sees them declining after the current West Coast port congestion subsides, but he does not see rates declining to 2019 levels: “Trans-Pacific Ocean carrier rates will come down as congestion decreases, but I would expect that the rates will not return to where they were in 2019. There has been an up and down market for the carriers that has lasted for years. You can’t run a business like this. If you want good service you have to expect the carriers have a predictable volume and a predictable return on investment. That is the best guarantee for growth and good service.”