The Federal Maritime Commission (FMC) approved the recommendations of Commissioner Rebecca Dye as set forth in her final report of the Fact Finding 28 investigation. Her recommendations also included the establishment of a Shipper Advisory Board. (Port Industry Day 2018) 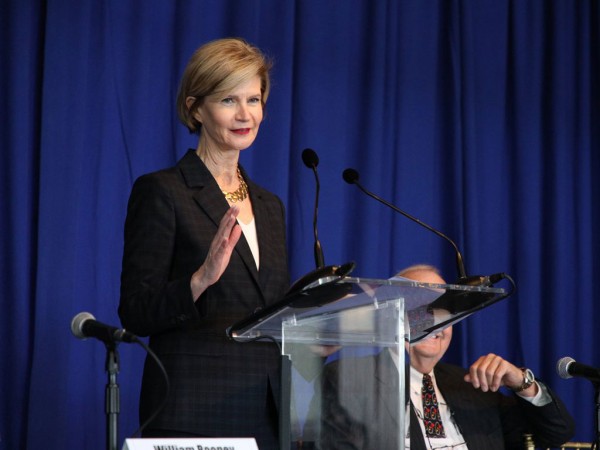 On March 9th, a group of Democratic and Republican Congressional representatives led by John Garamendi (D-CA) and Jim Costa (R-CA) announced that they authored a bipartisan letter to Michael A. Khouri, chair of the Federal Maritime Commission (FMC), voicing concern over reports that certain vessel-operating common carriers (VOCCs) are declining to ship U.S. agricultural commodity exports from U.S. ports.

“California is a leading exporter of agricultural commodities, totaling over $42 billion in annual receipts,” said Representative Jim Costa. “It is critical that we resolve supply chain issues so our producers can quickly ship healthy, nutritious food around the world. Food is a national security issue and we cannot allow for disruptions to this system. This letter sends a strong bipartisan message to quickly investigate and resolve any issues that impact our economy and ability to feed the world.”

Representative John Garamendi said: “California’s agricultural exporters and other businesses are willing to pay to ensure that American-made products reach markets in the Asia-Pacific. In turn, companies looking to offload foreign-made products at American ports must provide opportunities for American exports. Even during a global pandemic, trade must be mutually beneficial, and I expect the Federal Maritime Commission to resolve these issues and ensure that is the case.”

American producers, exporters have grappled with widespread delays, bottlenecks, and increasing fees at U.S. ports. These challenges are exacerbated by reports that VOCCs are delivering shipments to U.S. ports and then electing to leave without refilling empty containers with American goods for export. Such activity constricts entire supply chains and propels trade to move only in an inbound direction, House representatives say.

In addition, House members note, in March 2020, the Federal Maritime Commission launched Fact Finding No. 29, “International Ocean Transportation Supply Chain Engagement,” to investigate all the congestion, bottlenecks, and fees seen at U.S. ports. In November, Fact Finding No. 29 was expanded to include reports of the decline to ship American exports.