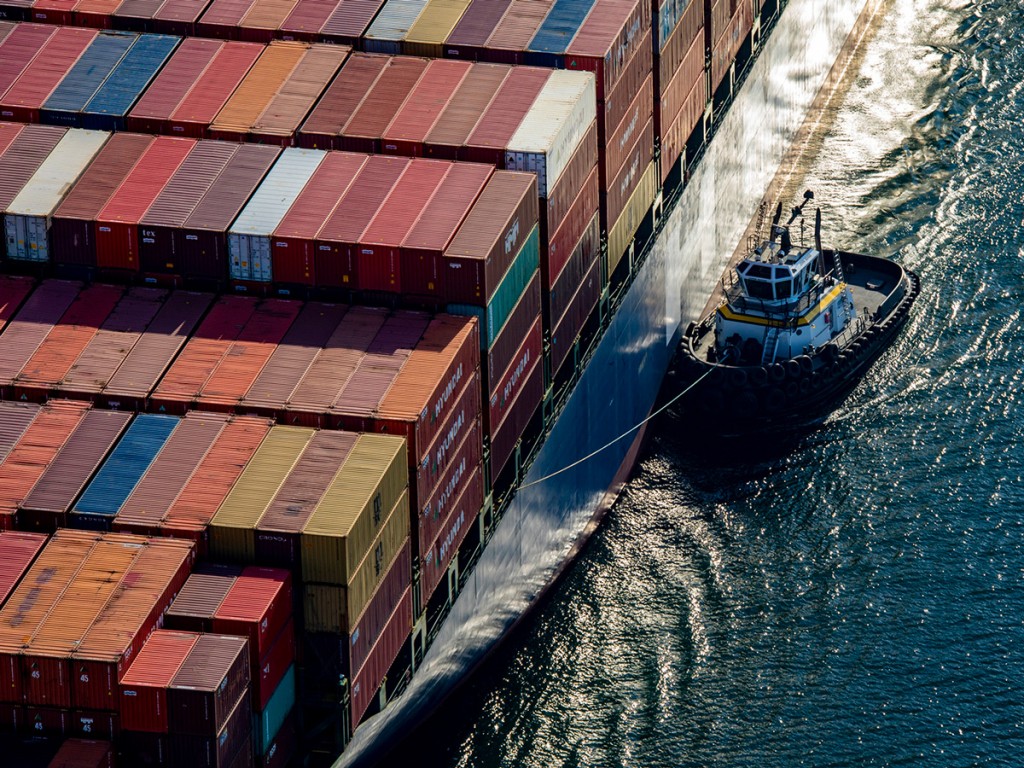 Larry Gross, president, Gross Transportation Consulting, told AJOT that he sees evidence the congestion crisis will ease as more ocean carrier sailings are shifted from the congested Ports of Los Angeles and Long Beach and to Atlantic coast ports

“I see a migration of import volumes from West to East in which more volumes get unloaded on the East coast, where the ports do not seem to have the congestion problems of Los Angeles and Long Beach.

If that trend continues, I would expect to see the congestion problem gradually recede until it stops becoming a national problem and starts to become a local problem for the Ports of Los Angeles and Long Beach.”

Gross has worked in the freight transportation business for forty years, specializing in intermodal and rail transport. In 2003, he established Gross Transportation Consulting.

The surge in import volumes in 2020 was accompanied by the ocean carriers’ decision to concentrate sailings on the two Southern California ports: “You have to remember that the ocean carriers made a decision that blind-sided everyone and they did not consult with anyone. The carriers have taken the position that their responsibility stops when the containers are unloaded and it was up to the land-side operators to deliver the product.”

Overview of the Supply Chain

Gross provided an overview of hurdles confronting the supply chain:

Gross says the shortage of chassis is a problem that is perceived among all transportation and supply chain executives:

“This is a problem that exists nowhere else on the globe, because elsewhere the standard approach is to ground and stack the containers in the terminal, with the trucker bringing the wheels. This better aligns these two key capacity limiters. The truckers control their chassis destiny. They have a direct pipeline to shipper and can provide pressure to better turn the equipment. All of the friction regarding locating a chassis, verifying its condition, the trouble ticket, et al. is eliminated.

For this to work, the terminal needs to have an effective low-friction operation for mounting the container on the trucker’s chassis quickly and easily. This is obviously easier said than done, particularly when one is trying to adapt a terminal that was designed to work in a completely different manner.”

Gross says “the ocean carriers have been a big contributor to the current crisis because of their unrelenting focus on their line-haul operations with the hidden assumption that once the container was unloaded off the vessel the subsequent operations were ‘someone else’s problem’ — be it the port, the railroad, or the port cartage trucker. At the very least, the ocean carriers should not be adding to the already considerable friction in the system by dictating the chassis provider for merchant haulage moves …

The railroads can unilaterally make the changes in their terminals. The ocean carriers may be reluctant to change their profitable chassis practices, but the miserable performance in 2021 plus the potential heavy hand of regulation in the form of the Federal Maritime Commission may sharpen their focus. They would be well advised to stop fighting the change and start shaping it.”

Gross told AJOT that he is critical of the old ‘wheeled operation’ whereby a container is mounted on a chassis at a facility waiting for a truck pick up some time in the future. This, he says, diminishes the road-ready supply of chassis and also wastes space at the rail staging area where the spread of containers on chassis increases distances and time for truck pick-ups.

He cites the problem of wheeled containers for the railroads:

“One of the most urgent changes is for the railroads to move away from wheeled inland terminals toward grounded operations as fast as possible. The prevalence of wheeled operations represents a legacy of intermodal’s trailer heritage. In a wheeled terminal, containers off an inbound train are unloaded from the railcars directly onto street chassis, which are then conveyed to a parking area for pickup by the drayage carrier. There are attractive aspects to this method of operation. Most significantly, it makes the drayage carrier’s task of picking up the container as frictionless as possible. Simply locate the proper parking slot, tie onto the container/chassis, and go ... But there are important disadvantages as well. Crucially, an adequate chassis supply is required for smooth functioning of the terminal. Not enough chassis, and the train doesn’t get unloaded and turned around to head back toward origin. The need to have a chassis at trackside to accept an inbound container off the train has allowed the inland chassis shortage to creep back up the supply chain toward origin due to its negative impact on train operations.”