New England Aqua Ventus expects to launch the first U.S. floating wind turbine into the Gulf of Maine in 2024, according to Dr. Habib Dagher, founding executive director of the University of Maine’s Advanced Structures and Composites Center (ASCC).

Dagher, who spoke to the Propeller Club of Northern California, described what he called a “you have to crawl before you can walk” strategy.

New England Aqua Ventus will begin with a demonstration project to mount an approximately 11 MW (megawatts) wind turbine to a floating semisubmersible concrete hull called the VolturnUS, designed by the Advanced Structures and Composites Center at the University of Maine.

The design has been approved by the American Bureau of Shipping.

The patented VolturnUS hull technology has been demonstrated in independent reports to reduce the cost of offshore wind. The turbine is held in position by three marine mooring lines securely anchored to the seabed, and connected by subsea cable to the Maine power grid.

Under Dagher’s direction the University of Maine launched a small prototype floating wind turbine that was tested in the Gulf of Maine in 2013.

New England Aqua Ventus has been financed by a $150 million investment from the U.S. Department of Energy, Mitsubishi Corporation and RWE, a German energy company.

Dagher said that following the 11 MW demonstration project, installing 5 GW (gigawatts) of offshore wind power is the goal of New England Aqua Ventus. It is in keeping with President Biden’s goal of deploying 30 GW of offshore wind by 2030.

This goal is achievable because, aside from Maine, new wind farms are also being deployed off the coasts of New York, New Jersey and Massachusetts.

Dagher noted that the offshore wind turbines will float on four pre-stressed concrete foundations that will utilize the same buoyancy dynamics in the ocean as a catamaran.

The advantage of the concrete foundations is that the design will allow for construction at U.S. shipyards by U.S. workers and not require sourcing the foundations from an offshore shipbuilder.

The University of Maine, under Dagher’s direction, chose a so-called ‘spar submersible’ design which Dagher believes is the simplest floating wind turbine design to build and maintain.

He said the concrete foundations can be launched from the fabrication yard into 25 feet of water, which makes the process adaptable for construction in many shallow draft locations.

Once the ‘vessel’ is launched, the tower and turbines can be added and the complete installation floated out to sea for anchorage and power generation.

The floating structure will be anchored by synthetic mooring lines, which weigh considerably less then steel lines do.

Dagher says the long-term goal of offshore wind developers is to generate power at 6 cents per kwh (kilowatts per hour). He admits “this is an aggressive goal but it is in keeping with global projections of wind developers.”

On May 14th, Governor Gavin Newsom committed $20 million in California’s proposed FY 2021-22 budget as a down payment to spur offshore wind power.

Of this allocation, $11 million is earmarked as a match for $55 million U.S. Department of Transportation funds that will fund the offshore wind facility at Humboldt Bay in Northern California. The total grant is $66 million.

Larry Oetker, executive director, Humboldt Bay Harbor District, said: “This is a game-changer for Humboldt Bay. After we lost a lot of our timber business in the 1990s, we also lost a lot of our maritime business. This will change with the offshore wind port…We are very grateful to the Biden Administration and to Governor Newsom.”

Oetker said that the environmental reviews for permitting the wind farms off Humboldt Bay will take 3-4 years and so a similar timeline is expected for the construction of the new port.

Oetker told the Propeller Club that the new facility will encompass 168 acres with the capacity for full assembly and manufacturing of wind turbine components. He estimates that the project will require 1,000 construction workers. When the facility is fully operational, the Port projects that it will support directly and indirectly 14,000 jobs.

Oetker told the Propeller Club that offshore leases located off the Humboldt Bay coast will be awarded to developers by 2022 and that the offshore wind port should be in operation by 2024.

In the future, a major challenge for all wind farms is to enhance their capabilities by connecting to each other through a transmission line delivery system buried under the seabed so as to deliver power to a region rather than just one state.

While states signed power purchase agreements with developers to provide renewable energy to their states, this is only the first step.

A decade ago, the Atlantic Wind Connection, partly financed by Google, attempted to build an offshore transmission line that would link wind farms from New Jersey to Virginia. It did not succeed.

Dagher believes that reviving the concept now could result in success because wind farms are now being built in the United States whereas they were only in the planning stage ten years ago.

The regional transmission line enhances the market for state-oriented wind farms by linking them to several states on the Atlantic coast and linking offshore wind farms proposed for Northern, Central and possibly Southern California on the Pacific Coast.

The offshore transmission system could act as a back-up during power outages on land and, off the California coast, build more undersea powerlines that will reduce instances of sparking fires from overhead Pacific Gas and Electric or Southern California Edison power lines that have plagued California in recent years.

Dagher was asked whether the United States has the human resources in terms of engineers, electrical workers, shipbuilders, construction, workers along with the capacity of cable laying vessels and offshore supply vessels to support a major offshore mobilization, his reply was: “No.”

Dagher warned that a major effort will need to be made in community colleges, high schools and in vocational training classes to educate and train thousands of new offshore wind workers who will be paid far more than current service industry jobs but will require far more education and training.

Oetker said that as part of the educational effort at Humboldt Bay, nearby Humboldt State University will be receiving $ 433 million to provide new resources to create a polytechnic university that supports engineering, advanced training and research.

He added that a jobs and skills assessment is currently under way and due to be published in July. This will identify workforce requirements that will be necessary to support the new port facility.

Oetker said there will be a push to train welders and fitters and other skilled workers at the local community college, College of the Redwoods at Eureka, so as to support the offshore wind port. 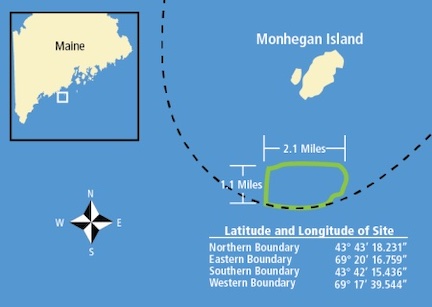 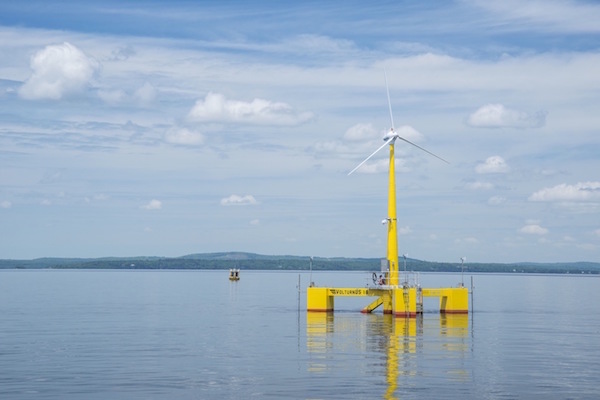