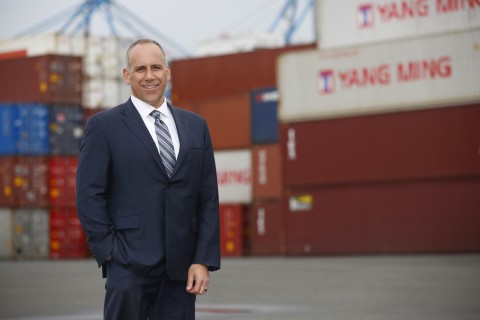 Northwest Seaport Alliance (NWSA) Chief Executive Officer John Wolfe, reported in his ‘State of the Alliance 2021’ that three new vessel services create additional links with Asia and that there is “little cause for congestion” at the NWSA member ports of Seattle and Tacoma.

Wolfe noted that the three new weekly services are provided by CMA, Wan Hai and Zim.

Wolfe welcomed 2020 legislative changes that improved returns on assessments from the Harbor Maintenance Trust Fund. Previously, he said there was an imbalance: returns from assessments returned “one penny on the dollar.” The new changes created “an equitable return” on assessments. These changes will help increase investments that maintain port operations.

The issue Wolfe raised was the subject of a February letter to President Biden from the chair of the House Transportation Committee Peter DeFazio (D-Oregon) and the ranking Republican Sam Graves (R-Missouri) who urged:

“In furtherance of our need to reinvest in our Nation’s infrastructure and to revitalize our Nation’s economy, we urge you, in your Fiscal Year (FY) 2022 Budget Request, to fully utilize already collected funds in the Harbor Maintenance Trust Fund (HMTF) to operate and maintain our Nation’s ports and harbors.“

Tong Zhu, chief commercial officer, NWSA reported that new dredging has increased the draft to 57 feet for the ship channels connecting the Seattle and Tacoma ports.

Zhu added that the first phase of construction on the new Terminal 5 in Seattle will be completed in 2021 and the second phase in 2022. The terminal will utilize eight ultra large ship to shore cranes to accommodate new ultra-large container ships. This, in turn, requires strengthening the dock and upgrading utilities. The terminal will provide on-dock rail service. The new terminal is located on a 185-acre site that has cost $500 million to construct.

At the Port of Tacoma’s Husky Terminal, Zhu said there has also been the addition of eight ultra large container ship to shore cranes and improved highway access to facilitate agricultural exports from Eastern Washington. There has been a $250 million investment in the terminal.