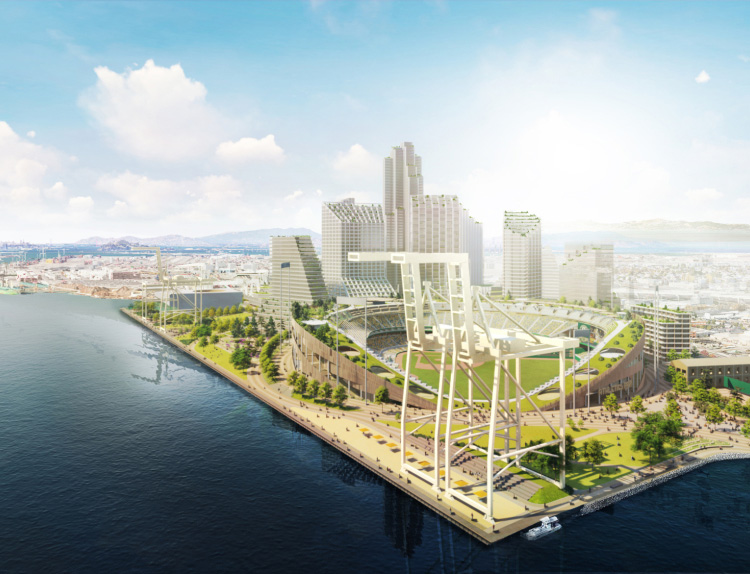 Since first conceived, the Oakland A’s plan to build condominiums and a new ballpark at the Port of Oakland’s Howard Terminal has sounded alarms for import/export stakeholders at the West Coast’s third-busiest port.

Three years into this proposal, the Oakland City Council and the Alameda County Board of Supervisors have yet to commission an impartial economic impact report detailing the risks posed by the condominiums and ballpark development to Port of Oakland activities. These include: terminal operations, trucking, rail, maritime jobs, and the broader impact on California’s economy.

On July 20th, the Oakland City Council will consider a resolution approving “Non-Binding Terms Of A Development Agreement With The Athletics” regarding the Howard Terminal development.

Currently, the California Ports of Oakland, Los Angeles and Long Beach are generating even more volume and activity, benefiting from a post – Covid re-alignment of ocean carriers’ sailings that is increasing vessel calls from Asia. This re-alignment accommodates faster turnaround times sailing to California ports as opposed to longer sailing times from Asia to U.S. Atlantic and Gulf ports.

This greater efficiency has helped increase jobs and volumes at the Port of Oakland.

On July 16th, the Port of Oakland announced that for first half 2021, total cargo volume at the Seaport increased 11.4% over 2020. The Port said it handled the equivalent of 1.3 million 20-foot containers in the past six months. If the pace holds, the Port’s year-end volume would surpass 2.6 million containers for the first time ever.

Ed Denike, president of SSA Containers, which operates the largest container terminal at the Port, Oakland International Container Terminal (OICT), strongly opposes the Oakland A’s proposal. The threat of a waterfront entertainment development has caused carriers to reconsider long-term agreements due to the fear that pleasure boats visiting the ballpark will create traffic inside the Oakland Estuary, making it more difficult to safely turn ships around for loading and unloading containers at OICT.

Mike Jacob, vice president and general counsel of the Pacific Merchant Shipping Association (PMSA), which represents U.S. Pacific Coast container terminals and ocean carriers, is also against the project, arguing that the project poses “a long-term threat to growth at the Port of Oakland.” Carriers view the influx of non-industrial vehicles and pedestrians onto major access roads and across rail lines as a serious threat to the Port’s logistical efficiency.

Located on the narrow Oakland Estuary, OICT hopes to utilize a portion of $280 million in new state funds to help finance the widening of the existing turning basin, adjacent to Howard Terminal, to ease and accelerate the turning around of mega-container ships destined for the port.

Harbor trucking executives have serious concerns about the development as well:

The City of Oakland’s Draft Environmental Impact Report for the Oakland A’s ballpark project notes that about 3,000 harbor trucks “may be in operation on any given day, with each driving one or more trips,” but does not evaluate the potential for disruption and delays when trucks arrive and depart marine terminals just as 35,000 fans arrive at the stadium.

The Oakland Athletics, who say they are ‘Rooted in Oakland’, are demanding that the City of Oakland approve their proposed condominium and ballpark development and pay a minimum of $855 million in infrastructure costs. If the Council refuses, the A’s say they will relocate the team.

Before the Oakland City Council votes on the development, it should objectively assess the A’s proposal’s economic impact to the Seaport and whether the two are compatible.

Hopefully, the City Council and the Alameda Board of Supervisors will recognize the value of the Port of Oakland, it’s growth potential and its major economic role, including bolstering one million jobs in California performed by longshore workers, truckers, freight forwarders, warehouse workers, ag producers and growers, customs brokers, stevedores, tugboat crews, and ship pilots.

The future of one of California’s most critical economic and industrial engines is at stake.