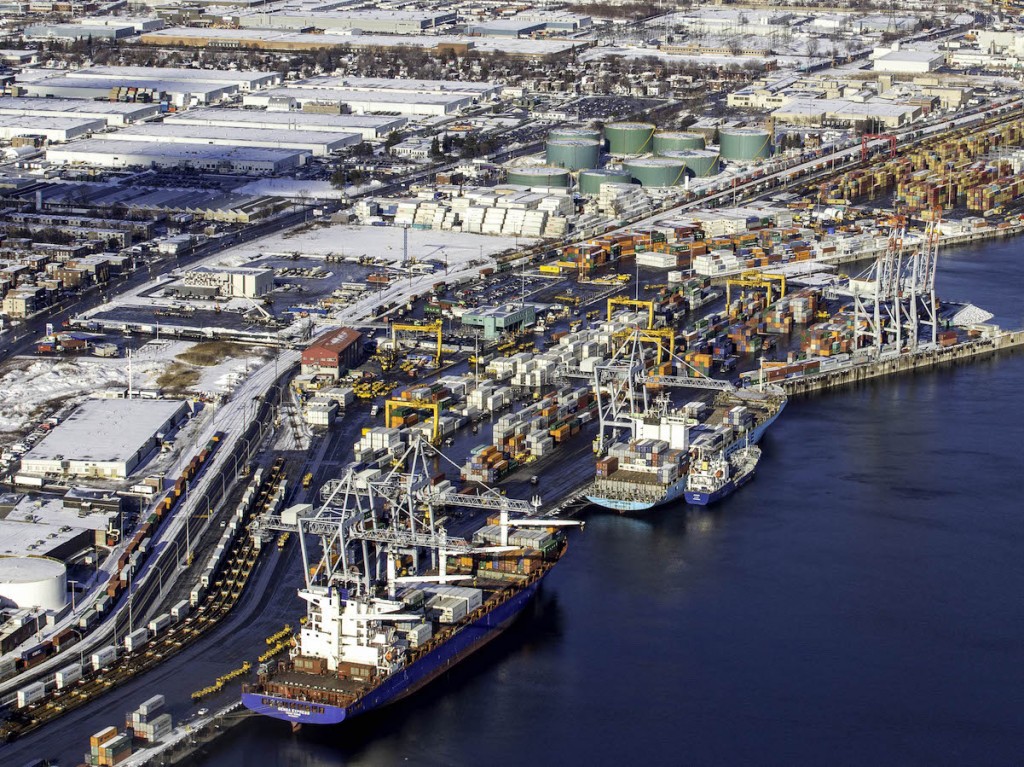 With the mounting prolonged waterfront labour conflict reaching the point where dockers plan to cease working overtime indefinitely as of today and on weekends this Saturday, the Montreal Port Authority’s newly-installed President and CEO, Martin Imbleau, issued a sharply-worded statement striking out at the potential impact on the Canadian economy and the competitiveness of Canada’s second biggest port of a vital public service being “offered on a part-time basis.”

Tensions have been especially high involving Montreal’s container terminal operators which handle some 1.6 million TEUs annually, with major markets in central Canada and the US Midwest. Working schedules are a key issue to renew a collective agreement which expired on December 31, 2018. Following a series of strikes last summer, a 7-month armistice lapsed on March 21.

In a move strongly regretted yesterday by the Maritime Employers Association (MEA), the union representing 1,125 longshoremen at the Port of Montreal announced that its members will be engaged in partial strike measures. The decision plunging the port into revived turbulence and provoking more cargo diversions followed the statement on Saturday by the Maritime Employers Association that it was suspending the guaranteed income, or job security provision, in the existing contract after the port “suffered a substantial 11% volume drop in March, caused by the uncertainty and anxiety triggered by the labour relations situation.”

At a press conference yesterday, CUPE 375 union leader Michael Murray said “we are not shutting down the port” and affirmed that deliveries of COVID-related cargo would be assured.

“Created to cost-effectively meet the needs of importers and exporters, the Port of Montreal is a strategic infrastructure serving millions of Quebecers and other Canadians,” Imbleau said.

“Every year, $100 billion worth of goods pass through our facilities. That’s close to $275 million a day! That cargo includes goods that go to families in the Greater Montreal area who are renovating their homes, to manufacturers in Central Quebec, to pharmacies in Quebec City, and to automobile plants in Ontario. The Port of Montreal is not the port of a single city or company or industry: it’s every resident in Eastern Canada’s port.”

“But at the turn of the first quarter of 2021,” Imbleau continued, “the Port is being hit by a climate of uncertainty incompatible with a shipping industry that must choose to divert its vessels to provide a minimum of reliability despite the added delays and costs. The recent deterioration in labour relations between the dockworkers’ union CUPE 375 and the Maritime Employers Association is seriously impacting our ability to fulfil a mission that has been drastically curtailed. And the potential for escalation will only further curtail it. After an 11% decline in volumes in March, the Port now has to deal with decisions that will drop its port capacity by close to 30%. For once in its history, the Port of Montreal is posting results that pale in comparison to its competitors on the U.S. East Coast, who are enjoying significant growth.”

“The continuity of international trade is essential not only to the supply of critical goods, but also to the very functioning of our economy, whether or not in recovery. Accordingly, the Port of Montreal has a dual role as an economic agent that creates wealth and as a reliable public service that ensures the security of the communities it serves. This is becoming an increasingly difficult mandate.”

“Since the pandemic began, supply chains have proved their importance, and governments have designated those involved in the sector as essential or priority workers,” Imbleau said, adding: “The reduced scope of scheduled work will generate delays and additional costs for clients in Quebec and Ontario. Public services are rarely offered on a part-time basis, yet this is what will be imposed on the thousands of businesses that are the Port of Montreal’s raison d’être.”

In its comments yesterday, the MEA rapidly notably declared: “The planned pressure tactics, namely the stopping of overtime work, of docking activities, of training and of weekend work, are being presented as a response to the cessation of payment for the hours that are not worked.”

Also speaking out was the Canadian Manufacturers and Exporters association, which urged Ottawa to intervene to ensure service continuity. “Some manufacturers have had to redirect their containers to the Port of Halifax, incurring millions in additional costs every week,” said CME President Dennis Darby. “Industry will have to absorb these costs and delays. We must prevent a repeat of last summer.”

At his press conference, Murray confirmed that working schedules were a central outstanding issue for dockers whose average annual income is about $125,000 under a system where a docker must be available 19 days out of 21 but usually this does not exceed 16 days. “What the new generation wants is a better balance between work and personal/family life.”

The proposed latest changes by the MEA would give dockers five additional weekend days off, more possibilities of exchanging shifts, more fixed working hours and the establishment of a joint committee to “reform” working schedules.