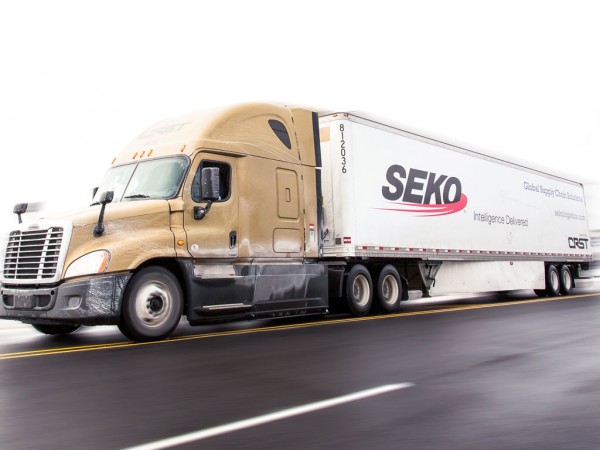 In a conference call with reporters on Feb 8th, Brian Bourke, chief growth officer at SEKO Logistics warned that the logistics situation globally “will get worse before it gets better.”

Bourke introduced a group of SEKO representatives in Hong Kong, Chicago, New York and London who provided the following updates:

Congestion at Chinese ports continues with continued equipment shortages. Appointment to deliver containers that averaged two days before sailing have been moved back to 10 days before sailings. Fears of lockdowns related to COVID-19 across China have caused many truck drivers to go home early for Chinese New Year so as to avoid the risk of lockdown on the road. This year the Chinese New Year observance begins on Friday, February 12th and lasts 16 days. The rush home by truckers has caused a reduction in drivers and trucks servicing major Chinese ports. At the same time, there have been cutbacks in feederships and barge services moving North and South. This forced manufacturers to shift shipments off the water and onto trucks. The growing congestion has resulted in some companies shifting production to Vietnam, but raw material shortages and a lack of sufficient infrastructure in Vietnam could shift production back to China. The hope is that cancelled or ‘blank’ sailings by ocean carriers will ease the shortage of containers as carriers rush more empty containers from the United States and Europe back to China. The timeline for congestion easing in China, the United States and Europe is uncertain. Concerns are that the situation will not ease until the second half of 2021.

Congestion continues at the Ports of Los Angeles and Long Beach and now Oakland. The Asia to Los Angeles and Long Beach congestion is resulting in about 33 ships at anchor waiting to unload for an average at anchor time of 5 days, plus an added 5 days for unloading and loading the vessel. A rise in COVID-19 cases among longshore workers has slowed down container handing. Carriers are charging a premium to exporters for space back to Asia. Their focus is getting empty containers back to China and Asia and the hope is that blank sailings during Chinese New Year will ease the crunch. In California, delays for truckers picking up containers are getting worse and the trucker must arrive with an empty container before being allowed to pick up a loaded container. The situation at warehouses is complicated by social distancing and by pressure to pay workers more money for hazard pay. In some cases, this is resulting in a move to shift to robotics for product handling and distribution. In Southern California, SEKO has seen demand for warehousing space increase by 500%. Leases that used to be negotiated in months are now taking weeks. E-commerce demand is causing a rise of regional carriers doing pick-ups and deliveries and they compete with USPS services. Federal stimulus checks caused a spike in e-commerce orders within days of checks arriving in 2020. This is likely to happen again in 2021 if the proposed Biden stimulus is enacted. The air cargo situation is unstable with delivery schedules not being guaranteed. The situation at both Chicago and New York area airports is very challenging. Federal subsidies should temporarily ease the financial condition of airlines. Expect international flights between Asia, Europe and the United States to be the last services that are restored to normal.

The Brexit situation continues to cause delays in processing documents for freight going between the UK and Europe. Congestion at the ports of Felixstowe and Southampton is so bad that container shipments have been re-routed through Rotterdam and feederships have been chartered to deliver containers to the UK from Rotterdam. The air cargo situation is about to get worse with a threat of a strike at London’s Heathrow Airport.