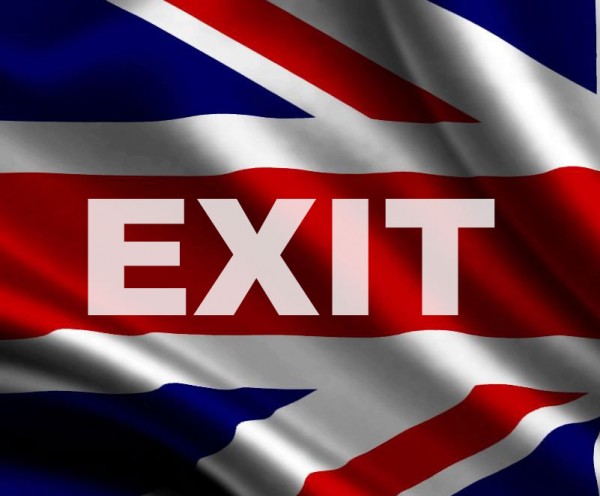 Britain will leave the European Union; Brexit will become a reality.

That much is certain, given the results of Britain’s parliamentary elections last week. In dramatic fashion, the Conservative Party won big, gaining an absolute majority. Prime Minister Boris Johnson should be able to pass easily through Parliament a Brexit-related law and take Britain out of the EU by January 31, 2020, the deadline demanded by other European leaders.

But this isn’t the end of the story, not by a long shot. Yes, the election prevents a no-deal Brexit, as Johnson had earlier threatened and some of the “leave” hardliners wanted. Such a crash out would have been absolutely catastrophic for Britain, unleashing stiff tariffs immediately on such key commodities as food. Now, Britain and the EU have at least 11 months to hammer out divorce details, including the implementation of tariffs, standards and procedures. (Britain could in theory ask for another one- or two-year extension on this transition period, but must do so by the end of June.)

However, the planned departure continues to bring with it great uncertainties. It could, in fact, trigger the eventual dissolution of the United Kingdom. Scotland, whose populace wants to stay in the EU and whose Scottish National Party swept elections, may declare independence, or at the very least demand a second referendum on their status. Some in Northern Ireland are once more talking about reunification with the Republic of Ireland.

“This may well be the beginning of the breakup of the United Kingdom,” said Sherman Robinson, an economist and senior fellow with the Washington-based Peterson Institute for International Economics.

Unquestionably, Brexit will rip into trade and investment between the EU and Britain; it’s just a matter of degree. There’s virtually no chance of frictionless trade post-Brexit, despite what Johnson may claim. Even if Britain can hammer out a free-trade pact with the EU, commerce will suffer. Britain will almost certainly lose its place as a center for European business in key sectors such as finance. Already, it’s lost out in the manufacturing of products for the EU market. Just one example: Because of Brexit, Tesla will build its new car factory outside of Berlin, in Germany, rather than in Britain, according to its CEO, Elon Musk.

Because of Brexit’s uncertainty over the past year, Britain has yet to undergo any kind of thorough plan on how it will implement cross-border trade post-breakup. Internal studies done over the past months painted a bleak picture of the potential barriers to trade flows. Now, at least, British bureaucrats will have a proper mandate and a definite Brexit-related plan. However, it will take time to build up expertise and the EU is in no mood to cut Britain much slack. After all, for decades, Britain has looked to Brussels for guidance on trade deals.

Dependent on the EU for about two-thirds of its foreign trade, Britain’s economy will suffer, although perhaps not as much as had been feared.

“It’s just not the same as being inside the EU,” said Robinson.

Those in the trade and logistics trenches will be scrambling for firmer ground to operate between Britain and the EU. They can anticipate months, if not years, of slipping and sliding.

Without getting too deep in Brexit-related muck, it’s helpful to understand some of the issues that Britain and its trading partners will face. These are complex. They can be confusing as well, more so because Johnson and his allies have misled the public, downplaying difficulties and exaggerating the ease of any transition.

First, here are some of the salient points on the Brexit-related agreement between the UK and the EU, which was hammered out in October:

The October agreement that provides a framework for Brexit doesn’t insure a free trade zone, by any measure. Some analysts believe negotiators could fashion what one termed a “bare bones” agreement in the run up to Britain’s actual departure. This agreement could provide for low or no tariffs on goods, but would leave aside services, which are far trickier to agree to.

However, it’s extremely doubtful that the flow of goods between Britain and the EU will continue as quickly or as effortlessly as they do now. On a practical level, that means one-day delivery of goods from, say, Germany or the Netherlands to Britain will probably fall by the wayside.

It will also mark the end of single EU-wide distribution systems of goods coming from outside the EU that includes Britain. Already, a number of logistics providers are setting up parallel operations in Britain to receive goods from the US, Asia and elsewhere.

Negotiators from the EU and Britain will have their hands full figuring out the many details that are necessary to guide commerce and any free-trade agreement. One of the most serious issues will revolve around value-added trade. Because the EU has become so integrated, some manufacturing involves parts going back and forth across borders multiple times before final assembly of something like a car. Negotiators will want to insure tariffs aren’t tacked on at each crossing.