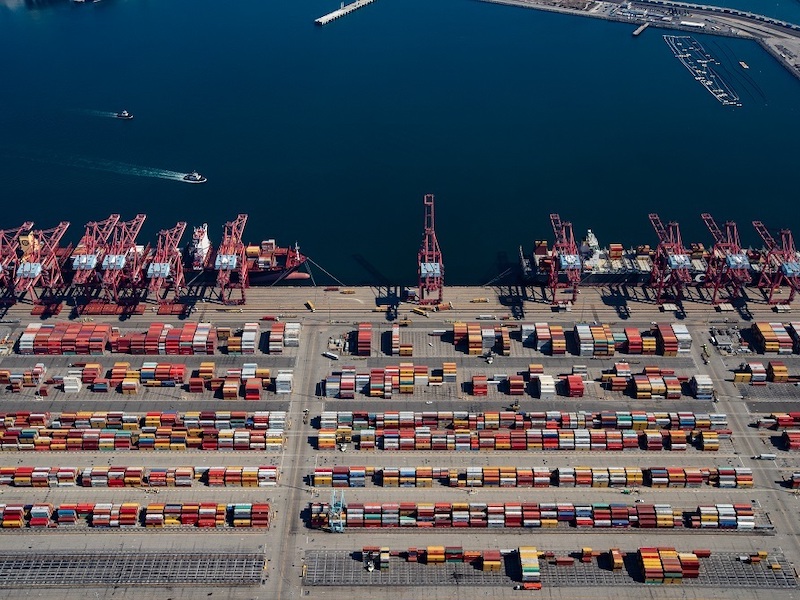 Paul Snell, CEO British - American Shipping, warned that the recent consolidation of ocean carriers into now 17 carriers into a smaller number of alliances has been accompanied by downsizing and automation in which carriers “mimic each other” in emphasizing imports over exports and with the unintended effect of “devaluing” U.S exporters.

This consolidation is causing international trade to favor imports over exports to the United States and is creating long-term obstacles for U.S. exporters.

However, Snell emphasized that challenges faced by exporters can be mitigated by investing more in marketing their products abroad including in their logistics staff. Exporters must accept that as import freight rates rise so must export freight rates.

Snell said logistics experts play an increasingly important role in ensuring exports arrive in a timely manner and that shippers who emphasize the lowest price are likely to experience the negative results of what they did not wish to invest in.

Snell said that exporters needed to invest in their relationship with trucker and rail partners and have a reserve of truckers who could help provide support in case of an emergency.

He said that exporters were relying on too much free time for cargoes to await pick-ups and had to understand that in the new more cost-efficient environment, carriers need to be more efficient.

Making a booking on several different ships causes problems for carriers and has led to carriers fining exporters for bookings they do not utilize.

Snell noted that one result of the current environment of higher container freight rates, port congestion and accelerated cancelled sailings is that the emphasis of ocean carrier trade is more focused on China. As a result, carriers have de-emphasized providing feeder ship services from China to South-East Asia, India and Pakistan. India has its own problems addressing the COVID outbreak which has diminished its ability to import products in the short-term.

Geoffrey Bogart, Principal Specialist for Regulatory Affairs for the Almond Board of California said that the most recent harvest had been a record year for U.S. almond production with 3 billion pounds of almonds produced. Of those almonds, 73% were exported and of those exports, 84% were shipped through the Port of Oakland while 10% were shipped through the Ports of Los Angeles and Long Beach.

Bogart said “almond exporters are very concerned with the short-term export picture” in which cancelled sailings and detention and demurrage charges have been assessed on export shippers. He said that when carriers fail to load an export container due to cancelled sailings or other causes “the shipper sometimes has to bring the box back to its warehouse and resubmit paper work including, sometimes, a second defumigation certificate for the container.”

Peter Friedmann, Executive Director for the Agriculture Transportation Coalition (AGTC) said the Federal Maritime Commission, which regulates ocean shipping practices, continues to pursue its investigation of unfair detention and demurrage charges assessed on exporters who were unable to have carriers load their scheduled container shipments due to cancelled sailings.

Cancelled sailings and congestion continue to be problems at U.S. ports, particularly at Los Angeles, Long Beach and Oakland.

Friedmann said that a cause contributing to delays at all U.S. container ports is that some terminals do not operate a full 5 day a week. Also, terminals often do not operate container-handling on a 24-hour schedule. This complicates the ability to load and unload containers at a time when container shipments are at record high levels.

Friedmann reported that AGTC is collaborating with the International Longshore and Warehouse Union (ILWU) to expand hours and days worked at U.S. Pacific Coasts ports.

Bryan Brandes, Maritime Director, Port of Oakland conceded that exports that have been a major market for the Port of Oakland, in the past, were down 37% in April 2021 compared to April 2020. Brandes, speaking to congestion issues referenced by Friedmann about work time at terminals, said that one of the problems facing Oakland and the other U.S. West Coast ports is insufficient longshore workers. More workers are necessary to meet the growing import demand and alleviate congestion at terminal gates that could reduce late charges and speed export containers onto ships.

The fact that 26 vessels were either at anchor in the San Francisco Bay or drifting off California’s Monterey Bay waiting to unload their cargoes at the Port of Oakland on May 20th is a result of this congestion.

Brandes noted that the Pacific Maritime Association and the ILWU are working to hire more workers to reduce cargo-handling delays for ports in the San Francisco Bay including Oakland. The result is:

*950 casual longshoremen are being trained to work lashing jobs. When a container is loaded onto a ship, it is secured to the ship’s structure by means of lashing rods, turnbuckles, twist-locks etc. This prevents the containers from moving out of place or falling into the sea during rough weather or heavy winds.

*300 casual longshore workers are being trained to operate UTR’s (Utility Tractor Rig). These are tractors that pull containers on a chassis to and from the ship after it has been unloaded or loaded by a container crane.

*100 longshore workers are being trained to operate top handlers, which pick up and move containers within the terminal.

The congestion problem at Oakland has faced an added complication Brandes said, because Oakland’s largest terminal, Oakland International Container Terminal operated by Stevedoring Services of America, has had one of its four berths out of action. This happened just at the height of additional vessel arrivals. New ship to shore container cranes designed to handle mega container ships arrived in January from ZPMC in China, blocking the loading and unloading at one of the OICT berths during their installation.

Several panelists discussed the problem of carrier cut-offs for loading dates that were incorrect because vessels were listed as having arrived but were still at anchor and days away from unloading. The publication of the Estimated Receiving Day (ERD) has, as a result, not always been accurate as exporters schedule delivery of containers to terminals.

Susan Ransom, Client Services Manager for SSA at OICT, urged shippers to go to the company’s website and find the ERD there as it is likely to be the most accurate information. However, Ransom urged shippers to be aware “that the E in ERD stands for estimated and not guaranteed.”

Snell explained that the consolidation of carriers and the fact that one ship’s space is shared by several ocean carriers is part of a space charter between carrier alliance members. This saves carriers on costs but also results in a lack of clear lines authority and sometimes issuing conflicting information about arrivals and departures. This is adversely impacting the information generated by carriers regarding cut off dates for exporters to deliver containers to the terminals.

Furthermore, carriers have downsized staff so that sometimes less experienced customer services representatives are employed, emails often go unanswered and the best means of obtaining information is reaching carrier representatives by phone. Although sometimes this option does not work, either, Snell said.

John Lee, President of SW Logistics, said there is increased frustration with the whole process of exporting and with the conduct of foreign flag carriers who are not very accountable to U.S. exporters. Lee referred to efforts by Congressman John Garamendi (D-CA) who has promoted legislation to support construction of more U.S. flag ships at U.S. shipyards. Expanding on the concept, Lee argued that if there were additional U.S. flag container ships carrying exports, there would be a guarantee for more space than relying on the current haphazard system U.S. exporters find themselves in 2021.

Evey Hwang, President of CBFANC, echoed Lee’s remarks. She praised the work done by Congressman Garamendi and wondered whether building more U.S. flag ships to support U.S. exporters was an idea whose time had come.