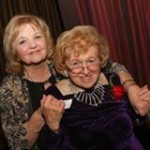 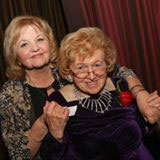 Former Republican Congresswoman Helen Bentley, who died on August 6that the age of 92 years old, was a leading proponent of the U.S. Merchant Marine, the Jones Act, the Port of Baltimore and an outspoken opponent of U.S. trade deals that she believed outsourced U.S. jobs and technology.

Helen Bentley was also the Chairwoman of the Federal Maritime Commission, serving from 1969 to 1975. She was appointed by President Nixon and was one of the most significant female appointees of that period.

Bentley served in the U.S. House of Representatives from 1984 to 1994. In July 1986, in a protest against the surge of foreign imports displacing American products and workers, Helen Bentley took a sledgehammer and smashed a Toshiba radio outside the U.S. Capitol.

“It felt great,” she told reporters.

As a reporter for the Baltimore Sun, Bentley had developed a capacity for amassing and analyzing economic data. The result was that whenever she championed an issue, she had a formidable base of factual information to back up her arguments. This knowledge was enhanced by her relationships with leading figures in the maritime industry that dated back to shipping pioneers, such as Malcom McLean and Daniel Ludwig.

As a result, it was nearly impossible to dispute Bentley on key issues related to the U.S. maritime industry. The disputant would have been ill-advised, since he or she risked a barrage of angry, and sometimes unflattering, characterizations.

“After a stint covering labor, she was dispatched to the waterfront to revive coverage of the port, a beat the newspaper had neglected during World War II. She had never seen a ship, or the ocean. It was a tough, male-dominated environment, but she loved it.

But it wasn’t long before the union bosses became her friends and sources.

She found other ways to fit in. Once, a longshoreman made a disparaging comment about her nose. She slugged him.”

Bentley was a Republican who still knew how to work with Democrats and labor unions. This made her a formidable coalition builder.

In 2007, Bentley helped persuade House Transportation Committee members to push through an authorization to fund Marine Highway shipbuilding, so that new U.S.-built ships could shift long-haul trucking off U.S. highways and reduce emissions. The measure passed the U.S. House of Representatives with Republican and Democratic support, but was defeated in the Senate.

In 2007, I worked with Bentley to revive shipbuilding at the old Bethlehem Steel Shipyard at Sparrows Point, Maryland. She opened up many doors with State and local officials. Had the Marine Highway authorization been approved, the shipyard might have become a reality.

Our shipbuilding team included two U.S. construction contractors, a Dutch terminal designer, a Canadian shipping executive and myself. Over dinners in downtown Baltimore, Bentley told us stories of how she had faced down U.S. Navy admirals, shipping executives, labor leaders and federal officials who she insisted did not adequately pursue the national economic interests of the United States. She was particularly scornful of admirals who she believed promoted wasteful military programs that did little to advance national security.

Frequently when I worked with her in 2007, I would receive telephone calls demanding to know why I had not done this or that and telling me that I needed to “Get off your … and get to work!” I thought I was working hard enough, but apparently never to Helen Bentley’s high standards.

She was a fine public servant and she will be missed.