Progress is being made in ILWU- PMA negotiations

“Progress is being made” in ending the labor stalemate that has crippled West Coast ports since November, AJOT learned Wednesday evening. At that time, negotiations were said to be ongoing and pressure from the federal mediator working with the International Longshore and Warehouse Union (ILWU) and the Pacific Maritime Association (PMA) appears to getting both sides closer to a labor agreement. The federal mediator has both parties making no comment No details are available but there appears to be cause for optimism. U S Labor Secretary Tom Perez flew out to San Francisco where he has been meeting with both sides. There has been media speculation that the Obama administration may resort to invoking provisions of the Taft-Hartley Act to end the work slowdown and that this message is being conveyed by Secretary Perez. 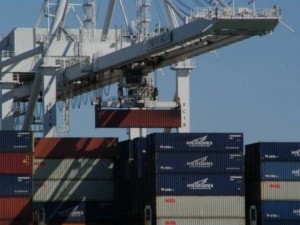 All quiet on the Western Front?

ILWU demands right to fire arbitrators who rule against them