The effort to unionize Southern California harbor truck drivers took an unexpected turn on May 4th when Saybrook Capital, prime investor in Total Transportation Services, Inc (TTS) - an opponent of unionization of drivers, announced that it has started a “sister” company supported by the Teamsters Union. The new union-backed trucking firm, Eco Flow Transportation has hired 100 drivers including former TTS drivers and is gearing up to hire as many as 500 new drivers. At a Dodger Stadium press conference, Los Angeles Mayor Eric Garcetti said that his office has been working with the Port of Los Angeles, Saybrook Capital, drivers and the Teamsters Union to make Eco Flow a “new model for harbor trucking” that will also provide decent wages for drivers. He added: “We must make sure the ports work for the drivers who bring the goods from the docks to your doorstep. The misclassification of port truck drivers is not the gripe of a few drivers but a battle cry of a systemic problem that must be addressed. These professional men and women drivers are just the type of middle class Angelenos we need to support as we build an economy that works for everyone. Eco Flow is leading the way and becoming a model for the future of goods movement in Southern California – and soon, the rest of the nation as well,” said Los Angeles Mayor Eric Garcetti.” The drivers will not be contractors but employees of Eco Flow Transportation, a source told AJOT, “They are employees of the company (i.e., not independent contractors) and Eco Flow has agreed to stay neutral with respect to unionization and, if the drivers choose a union, they will be members of Teamsters Local 848.” Jonathan Rosenthal, Chair of Saybrook Capital, a private equity firm in Los Angeles, which backs ITS and Eco Flow said this is “ground zero for change in truck drayage.” He added, “Who would have thought we would be here a year ago?” Randy Cormack, President, Teamsters Joint Council 42 praised the Mayor, “Mayor Garcetti stepped up to the plate and led to the resolution of our differences …the Mayor’s intervention encouraged people to move in a different way that benefits working people and the City of Los Angeles. One of the few places this is happening is in the City of Los Angeles. Not often do you see an investor develop a long-term relationship that benefits everyone. Eco Flow is the trucking company of the future, a fulfillment of a dream for people… to have a better life.” 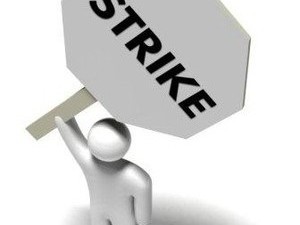