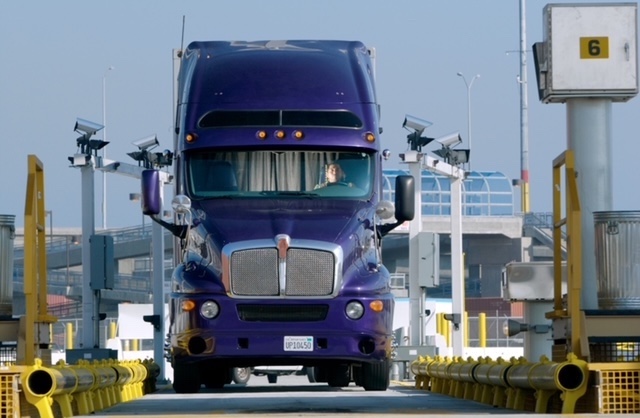 Cordero’s confidence in the 2035 date for trucks was given validation by the General Motors announcement in January that it plans to eliminate all gasoline and diesel vehicles from its fleet and produce only electrical vehicles by 2035. The GM announcement may have been influenced by the earlier decision by Chinese policy makers to mandate that most vehicles made in China will be electrical by 2035, according to a New York Times report. The report went on to warn that the GM transition to electrical vehicles will benefit China: as a result of Chinese “government support and lavish subsidies, Chinese companies have come to dominate the market for batteries.”

At his February 17th media briefing, Port of Los Angeles Executive Director Gene Seroka was asked to comment on progress with the CAAP (Clean Action Plan). He responded by stating that the effort to achieve the zero emission goals required “a public private partnership” and the ability to drive down the cost of electrically powered equipment and trucks.

To do so, the Ports of Los Angeles and Long Beach had sponsored a number of demonstration programs with cargo-handling equipment and trucks to encourage terminal operators and truckers embrace zero emission technologies.

Since the adoption of the original CAAP in 2006, diesel particulate emissions from mobile sources in and around the Ports are down 87%. The CAAP is directed by Chris Cannon, chief sustainability officer, Port of Los Angeles and Heather Tomley, managing director planning and environmental affairs, Port of Long Beach, and has undertaken a number of initiatives to sustain the drive to zero emissions.

In January 2021, the two ports announced they had been awarded a combined $152 million in grant funds to support the advancement of technology.

To date, the Ports developed demonstration projects to reduce emissions for the following:

Heather Tomley noted: “The business challenge for truckers and trucking companies is that you can acquire a used diesel truck for $50,000 and new electric trucks costs $350,000. So, our strategy has been to help fund demonstration projects that allow fleet operators and truckers to see how electric trucks can work and save them money.

Cannon says that infrastructure is still a big question mark commenting, “For me the biggest challenge is infrastructure and questions are like if a truck breaks down and it’s electric where do you tow it compared to diesel where there’s a lot of places to tow it.”

Tomley recalled the two ports have come a long way: “When I came to work at the Port 15 years ago, there were many people who felt we were not paying enough attention to the environmental impact that trucking and port operations were having on communities near the port and along freight lanes to warehouses and distribution centers. Thanks to … the CAAP, we are making progress and I think people see that. But people still want us to do more and do it faster.”

And the key to moving faster comprises reducing dependency on diesel powered equipment by switching to electric powered machinery. The switch is well underway as Cannon notes, “At the Port of LA, we have the TRAPAC terminal that is 66% electrified and the APMT (A.P. Moeller Marine Terminal) that will utilize electrical and hybrid equipment to automate operations.”

On a marine terminal, electrification and automation go hand-in-hand to produce efficiencies that help offset capital costs. The automated and electrified Long Beach Container Terminal (LBCT) and the primarily electrified TRAPAC terminal at the Port of Los Angeles show that while the process transitioning from diesel to electrical is costly, it also comes with improved performance compared to diesel powered terminals.

LBCT has a capacity to handle 3.1 million TEUs (twenty- foot unit containers) per year and is in the final stage of construction. LBCT operates with battery-powered automated guided vehicles that transport containers to and from electrically powered ship to shore container cranes. The cranes are dual hoist gantry cranes that are manned. The terminal utilizes an automated container stacking system. These operations are electrically powered and generate zero emissions. The Port of Long Beach invested $1.3 billion in LBCT with an additional $650 million investment by the then terminal owner, Orient Overseas Container Line.

Alex Milley, assistant vice president for health, safety, security, environment, at the Port of Los Angeles TRAPAC container terminal is also optimistic about the potential for zero emission technologies to improve terminals handling productivity. “Until recently I did not think that the CAAP 2030 date for transitioning to zero emission equipment was practical, but thanks to the availability of Teslas and other electric cars and the availability of electric powered cargo-handling equipment you can see that zero emission technologies are getting affordable and available.”

Bill Van Amburg, the executive vice president for the non-profit CALSTART, which promotes clean and zero emission trucks in California, believes the CAAP will enhance the competitiveness of the two Southern California ports. Amburg said, “Being first brings challenges and opportunities. However, the California ports are getting through the learning curve for zero emission technologies now, and thanks to California investments are actively planning their infrastructure and support strategies as well as actively demonstrating current technology trucks. The other Gulf and East Coast ports will be facing the same demands and requirements for zero emissions soon, and likely the phase in timing will mirror California’s (New Jersey is planning to adopt California’s zero emission truck rules; New York is reviewing it; Massachusetts is reviewing it). Communities surrounding these other ports can also see what is happening in California and will demand similar solutions. The California ports will have a running start not just on implementing and incorporating these solutions but on putting into play their operational cost savings earlier.”

However, there are some that worry the drive for zero emissions will come at a competitive cost. James McKenna, president of the Pacific Maritime Association (PMA), which represents U.S. West Coast terminal operators, is concerned about the cost to terminals of zero and clean air mandates. He worries these costs will undermine the competitiveness of U.S. West Coast ports with Gulf and East Coast ports who face fewer air quality mandates than those in California.

But costs are coming down and CAAP’s goals now look far more achievable and commercially sound.