Airlines hit hard by Covid-19 sought swifter action to loosen restrictions on travel following pledges from the U.S. and the U.K. to reopen lucrative trans-Atlantic links.

Carriers welcomed an agreement by President Joe Biden and Prime Minister Boris Johnson to create a joint task force to explore options for resuming flights, but are pushing for their administrations to go further than the tentative gesture.

“Quickly is the key,” said Airlines for America, a group that includes industry leaders like Delta Air Lines Inc., United Airlines Holdings Inc. and American Airlines Group Inc. “We believe the science is already there.”

Vaccinated people ought to be able to travel, Luis Gallego, chief executive officer of British Airways parent IAG SA, added in a Bloomberg TV interview. Given progress with rolling out inoculations in both countries, “we don’t see why they have to have restrictions between the U.S. and the U.K.”

The North Atlantic corridor joining the U.S. with Europe is the single most profitable corner of the global aviation market, filled with premium travelers paying extra for first-class and business-class seats. The connection pumps billions of dollars into the British and American economies and supports hundreds of thousands of jobs, according to Drew Crawley, chief commercial officer of American Express Global Business Travel.

“The continued closure of these vital routes for more than 400 days has been detrimental to economic recovery in both countries,” Crawley said.

Throughout the pandemic, carriers on both sides of the Atlantic have lobbied forcefully for a relaxation of travel curbs, a call they renewed this week ahead of the G7 summit meeting in Cornwall.

Setbacks with the virus have repeatedly frustrated efforts to reignite the market. Most recently, the Delta variant first identified in India has quickly driven up infection rates in the U.K. That’s forced the government into retreat on travel at the start of the usually busy summer season, when airlines were hoping for an acceleration.

“We’re encouraged by this show of mutual will for reopening the trans-Atlantic corridor,” Stacy Day, a spokeswoman for American Airlines, said of the U.S.-U.K. task force. “We’ll continue to be willing and eager partners to the U.S. and U.K. governments as their conversations progress.”

In parallel with the talks with the U.K., the U.S. is also studying how to reopen travel links with counterparts in the European Union. Countries including Italy, Greece and France are slowly lifting barriers to entry by Americans as part of an overall push to ease movement to and within the bloc. But the opening hasn’t been reciprocated by the U.S.

Speaking on an Airlines for Europe industry panel Thursday, Deutsche Lufthansa AG CEO Carsten Spohr said that while he’s hopeful for progress toward a resumption in trans-Atlantic travel, it would be discouraging if the U.K. summit were to pass without concrete progress.

Spohr said he understood that the outcome of recent British talks in the U.S. had been “quite disappointing,” and that it wasn’t clear what requirements the Biden administration had for resuming inbound travel.

“To have this summit go by without some kind of comment on this would be very awkward,” Spohr said. “I can’t believe this will happen, but we have been surprised so many times in this pandemic, all of us.”

The aircraft that broke down the door to intercontinental flying for the masses has a new mission: lugging as many German tourists as possible on the short-haul hop to Mallorca.

United Airlines-backed startup Archer Aviation Inc. unveiled its future electric aircraft in traffic-choked Los Angeles, one of the cities where the company anticipates it will one day shuttle customers to… 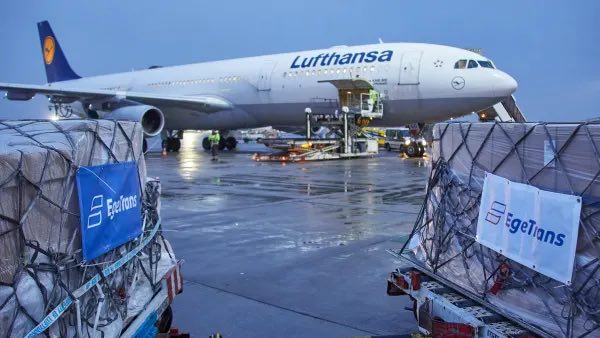