Infrastructure is a hot issue in Washington, and it’s one that every American can relate to. During the COVID pandemic, even with much of our day-to-day travel curtailed, our transportation network and workers have kept the economy moving, bringing critical goods and services to our doorsteps.

After providing an unprecedented amount of COVID-related relief over the last year, Congress is shifting focus to improving the infrastructure that has always helped sustain our economy. This should be a common goal, and President Joe Biden has repeatedly stated that he wants infrastructure to pass with broad support. The question is: Can we achieve it?

As the Republican leaders of the House Transportation and Infrastructure Committee and the Highways and Transit Subcommittee, respectively, our priority is to find areas of agreement on this critical issue with our colleagues across the aisle. As part of this effort, we both met with the president, Transportation Secretary Pete Buttigieg and others recently to discuss what it will take to get a bipartisan bill signed into law.

Since then, the administration has released a broad blueprint of its infrastructure priorities. But the administration’s outline is just the first step in a multi-step process, and as Congress begins developing its own legislation, we remain eager to work with Democrats to find much-needed solutions. To do that, however, we need to meet in the middle. One infrastructure issue that Congress absolutely must agree upon is a new highway bill: The current law authorizing programs for roads, bridges and transit expires at the end of September.

Speaking from our experience, we can verify that reaching agreement remains possible. It simply requires a recognition from both sides that the other’s priorities must be considered in good faith, and a realization that nobody gets everything they want.

For Speaker Nancy Pelosi (D-Calif.) and Majority Leader Chuck Schumer (D-N.Y.), who hold razor-thin majorities in the House and Senate, going further than merely paying lip service to bipartisanship means they must be willing to address a few important Republican priorities – priorities that we discussed with the president during our White House meeting.

One is that we must be responsible with the taxpayers’ money. Over the last year, Congress has dedicated nearly $6 trillion to combating the COVID-19 pandemic and related impacts. Nobody questions that there was a unique need to act. However, no one should now question our concerns about potentially adding trillions more to our tab without finding ways to pay for it that won’t grow the deficit or implement the largest job-crushing tax increase in decades.

A highway bill, or any other infrastructure proposal, must not become too broad. There are many ideas about what constitutes “infrastructure,” but the less targeted a bill — and the more pieces that get folded into a single package — the more difficult it will become to gain Republican support.

Furthermore, Republicans need certainty that specific commonsense policies will be considered to ensure that rural America’s infrastructure needs are not left behind, that states have sufficient flexibility to address their individual needs and that the lengthy and burdensome project review and delivery process is reasonably streamlined.

While we understand that both political parties’ priorities won’t always align precisely, we are ready to roll up our sleeves and work toward a negotiated product we can all support.

However, if Pelosi and her fellow leaders choose to go it alone or attempt to pursue infrastructure through the one-sided budget reconciliation process, that will be a clear indication that their calls for bipartisanship were just a pretense. The past has shown, time and again, that when one party puts forward a one-sided “my way or the highway” bill, nothing gets done. The road to success is paved by partnership, not partisanship.

We all share the goal of improving our infrastructure, so let’s work together on something that promotes broadly supported solutions rather than ideologically driven, one-size-fits-all policies. 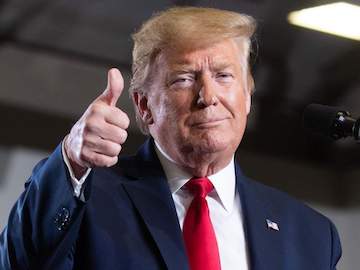 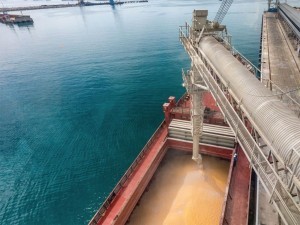