Cepsa, in its commitment to promote the decarbonization of maritime transport and promote the circular economy, has successfully carried out the first trial in Spain of advanced biofuels (2G) in one of the ships used by the company, the Montestena, owned by Ibaizabal, during several weeks of navigation. Thus, Cepsa reinforces its position as a pioneer in the energy transition and national leader in the supply of energy to maritime transport, a market in which it has more than 90 years of experience and presence across more than 60 ports in Spain.

Cepsa has tested the efficiency of its 2G biofuel, produced from used oils (with ISCC certificate of sustainable origin) and very low sulfur fuel (VLSFO), in its own fleet before starting to market them to its customers.

The biofuel used in the test was loaded at Cepsa's Bioenergy plant, located in the San Roque Energy Park (Cádiz, Spain), and supplied by one of the vessels the company uses in its bunkering operations in the Bay of Algeciras. The Company had previously undertaken analysis and tests to this biofuel at its Research Center to verify its compliance with all specifications and quality standards.

The results of this test have shown an optimal operation and performance of maritime engines leading to Cepsa being able to offer these advanced biofuels to its customers in the maritime sector, who have already shown significant interest.

Carlos Giner, Cepsa's Bunker Director, has highlighted the importance of this achievement for the energy transition in Spain: "This test proves the safety and technical feasibility of using advanced biofuels in maritime transport, a sector that has the ambition to decarbonize and for which we are prepared to supply these new sustainable fuels. At Cepsa, we are putting all our experience into making biofuels a sustainable alternative for the present, while at the same time advancing in new technologies that will make it possible to further decarbonize this sector in the future, such as through green ammonia, e-methanol or biogas."

Javier Antúnez, Cepsa's Biofuels Director, highlighted that: "This solution demonstrates to the market that second-generation biofuels can be used as a direct fuel to help industry meet its emission reduction targets, and that their implementation is viable in the short and medium term. It is an important step in the advancement of marine biofuel and environmentally friendly vehicle transportation; the goal now is to analyze the possibilities of increasing it in a sustainable and competitive way."

The biofuel can be used in ships without modification and has the characteristic that it is practically free of sulfur oxides (SOx) and has a high potential for reducing CO2 emissions compared to conventional fossil fuels. The use of these biofuels can reduce greenhouse gas emissions in the entire life cycle - from the production of the fuel to its use on board the ship (well-to-wake) - by up to 85% compared to traditional fossil fuels.

This advance is part of Cepsa's 2030 strategic plan, 'Positive Motion', through which the company promotes the decarbonization of heavy transport (maritime, air and road) by producing green molecules, mainly biofuels and green hydrogen. Specifically, Cepsa aims to lead in 2030 the manufacture of biofuels in Spain and Portugal, with an annual production of 2.5 million tons.

The development and use of biofuels contributes to several of the Sustainable Development Goals of the United Nations 2030 Agenda: SDG 7 (Affordable and clean energy), SDG 8 (Decent work and economic growth), SDG 12 (Responsible production and consumption) and SDG 13 (Climate action).

Clear Commitment to the Sustainability of Maritime Transport

Cepsa's commitment to the decarbonization of maritime transport has led it to have a diversified portfolio of sustainable solutions aimed at the maritime sector. In addition to the supply of biofuels, the company also offers its customers low-carbon alternatives, such as liquefied natural gas (LNG).

This commitment is in line with the European Commission's ‘Fit for 55’ package of measures, including the 'FuelEU Maritime' legislative initiative, which aims to boost the use of sustainable alternative fuels in maritime transport to achieve a reduction in greenhouse gas emission intensity of 2% by 2025, 6% by 2030 and 75% by 2050, compared to 2020 levels.

Cepsa has established an ambitious roadmap to cut its emissions for all its activities. Specifically, by 2030, it will reduce its CO2 emissions (scope 1 and 2) by 55% compared to 2019 and aims to be carbon neutral by 2050. As for scope 3, the carbon intensity of its products will be reduced by 15-20% by 2030. Cepsa wants to go beyond net zero and achieve a positive impact, adding value in the communities where it is present by enabling its customers and other stakeholders to move in the right direction.

With European Union diplomats haggling over a price cap on Russian oil, it’s worth remembering that the level they’re discussing will almost certainly be above where the nation’s flagship grade…

Chevron to resume Venezuela oil output as US eases sanctions

The Biden administration granted Chevron Corp. a license to resume oil production in Venezuela after US sanctions halted all drilling activities almost three years ago.

Tired of waiting for international aid to help rebuild after deadly storms, Mozambique is tapping into massive natural gas deposits to fund development.

European Union diplomats suspended talks on capping Russian oil prices, as Poland and the Baltic states objected to a proposal they consider too generous to Moscow. 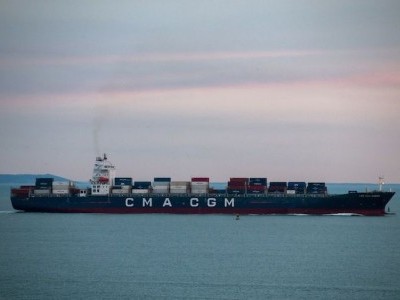