Daphne Technology, a climate tech start-up which has designed and patented proven solutions to reduce air and sea pollution for ships, has partnered with Crowdcube, the world’s largest equity crowdfunding platform, to offer a stake in the company to the public.

According to Dr. Mario Michan, Founder & CEO Daphne Technology, the company has already raised EUR eight million, including funding from the European Union’s Horizon 2020 research and innovation programme (and other sources), but recognised demand from the public to support technologies that fight climate change.

“Daphne Technology is currently pursuing its second equity round to pilot test our solutions with leading shipowners,” he says. “For individuals who care about the environment and good returns, even a small investment in our company will make a big difference.”

Michan notes that shipping contributes about three percent of the world’s annual carbon output, so represents an important part of the climate change puzzle. “To help the industry achieve zero emissions, owners will have to embrace innovative technologies that enable a multi-fuel and a multi-emissions solution,” he says. “Our unique, patented technologies will not only help shipowners eliminate toxic and GHG emissions from all fuels, it will allow them the most flexible and economically viable path towards compliance with existing and future regulations.”

The United Nations’ International Maritime Organisation (IMO) has adopted mandatory measures to reduce carbon emissions from ships by least 40 per cent by at least 2030 and 70 per cent (intensity) by 2050, compared to 2008. These measures (and other, regionally enforced regulations) have encouraged the industry to invest in carbon abatement solutions and explore the use of alternative fuels, such as LNG, ammonia and hydrogen.

Michan adds that the combustion of hydrogen, another promising altenative fuel now being considered, will produce NOx, which is not only toxic but also a climate pollutant with 10-30 times the warming power as CO2). “The ‘universal green converter’ can also reduce this gas efficiently,“ he says.

At present, Daphne Technology owns patents that build on proven technologies, including Dielectric Barrier Discharge (DBD) and Electron Beam Flue Gas Treatment (EBFGT), which removes toxic pollutants and GHG emissions from engine and boiler exhaust gas. The company is also active with a number of pilot projects in Norway, related to ammonia as fuel and carbon capture and storage.

“We provide technology support to DNV’s Green Shipping Programme, a public-private partnership which aims to advance the Norwegian government’s maritime strategy and escalate investment in green shipping,” says Michan. “We have also established our commercial team in Norway, a top shipping nation and world leader in the development of low-and zero-emission solutions.”

Daphne Technology seeks to raise capital on the Crowdcube platform to scale-up and commercialise patented technologies. The company is currently in discussion with three major shipping companies seeking to retrofit their LNG vessels by the end of 2022.

When this opportunity for communities and the public closes, the company will pursue an equity round targeting institutional investors, corporations and venture capital firms. 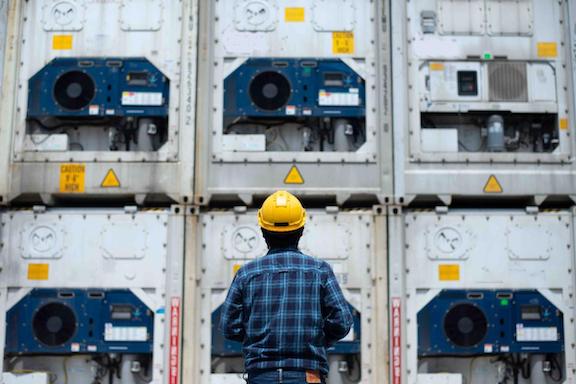