“It’s incredibly advantageous to transport these types of loads by sea, as close to their final destination as possible. This substantially reduces emissions and relieves congestion on both the road and railway networks,” says Nicklas Ebersson, Marketing Manager Cargo, at Ports of Stockholm.

The cargo primarily consisted of voltage switchgear destined for the Swedish power grid in Stockholm. This was unloaded at Frihamnen Port using the three cranes aboard the vessel itself.

“At TSA Agency Sweden AB we really appreciate being able to transport this cargo by sea to such a central location in Stockholm, all the way from Asia to only 25 minutes away from its final destination. That’s what I call a green way,” says Marcus Larsson, Shipbroker.

Routing project loads via Frihamnen Port provides customers with additional alternatives for the transport of goods to and from the Stockholm region, Sweden’s largest consumer area by some margin. This further strengthens Ports of Stockholm’s position as a logistics hub for efficient and sustainable transport. 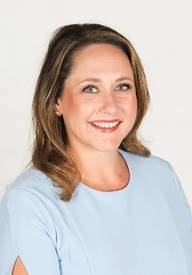