The debate over how to pay for the nation’s roads, bridges and transit systems is leading some normally anti-tax Republicans to embrace higher levies on motorists—even a new one based on miles driven instead of fuel purchased.

But some Democrats who have supported the idea of charging a mileage fee are now opposed. They see infrastructure as an economic stimulus measure and want it paid for by corporate taxes.

That change of positions has Washington observers scratching their heads.

“If you took the positions and went back 10 years, you would say, ‘What?’” said Adrian Moore, vice president of policy at Reason Foundation, a libertarian think tank.

The debate about whether motorists or corporations should foot the bill is threatening to scuttle negotiations between President Joe Biden and Senate Republicans for a massive infrastructure plan. Biden pulled out of one-on-one talks with West Virginia Republican Senator Shelley Moore Capito, but the White House has said he is still engaged with a separate, bipartisan group of senators despite some Democrats agitating for their party to go it alone.

The bipartisan Senate group has agreed to pitch a $1.2 trillion eight-year infrastructure spending package to Biden, according to people familiar with the deliberations, an amount that’s still well below the $1.7 trillion Biden had proposed in his direct talks with Capito.

Although the president is in the U.K. for the Group of Seven summit, the Democrats in the bipartisan group went to the White House on Thursday. “Questions need to be addressed, particularly around the details of both policy and pay fors, among other matters,” said Andrew Bates, a White House spokesman.

Indexing the gasoline tax—currently 18.4 cents per gallon—to a measure of inflation has been discussed by the bipartisan group working on a compromise plan, according to Mitt Romney, a Utah Republican who’s taken a prominent role in those talks. He said it wouldn’t raise much money.

Dick Durbin, the No. 2 Senate Democrat, said Thursday he’s in favor of indexing the gas tax. Still, it’s unclear whether the White House would endorse such a move.

As recently as two months ago, Transportation Secretary Pete Buttigieg said the the so-called vehicle-mile tax was under consideration in the Biden administration as a way for all motorists to pay for the upkeep of roads. The advantage of the VMT is that it would offset losses in the federal gas tax brought on by the growing sales of electric cars.

But the White House has since reversed course, saying it saying it would violate Biden’s pledge not to raise middle class taxes.

“I’m working hard to find common ground with Republicans when it comes to the American Jobs Plan, but I refuse to raise taxes on Americans making under $400,000 a year to pay for it,” Biden tweeted on Tuesday. “It’s long past time the wealthy and corporations pay their fair share.”

Democrats have leaned into the idea of raising taxes on large corporations, including some that saw their taxes lowered during the Trump administration.

“This view that lowering taxes on the rich people is good for the economy there’s no evidence that it is,” Senator Sherrod Brown, an Ohio Democrat, said Wednesday. “They would rather increase for the $60,000-per-year person the gas tax than for a $300 million per-year person raise their income tax.”

Republicans have balked at the idea of raising corporate taxes to pay for roads.

“If you look at the last 30 years where we have passed in a bipartisan way, infrastructure bills here in Congress, they’ve always been predicated on user fees of some sorts,” Representative Darin LaHood, an Illinois Republican, said during a May 19 House Ways and Means Committee hearing.

Texas Republican Senator John Cornyn suggested last month that a 25-cent tax be imposed on every mile driven by heavy trucks to raise $33 billion a year—about as much as the fuel tax.

“We’re not opposed to VMT,” said Bill Sullivan, executive vice president for advocacy at the American Trucking Associations, which lobbies for large trucking companies. “What we’re violently opposed to is this idea of ‘Let’s just do this for trucks.’”

Republicans who opposed previous efforts to increase the gas tax or a move to a mileage fee argued it disproportionately affects lower income people, said Greg Regan, president of the AFL-CIO’s Transportation Trades Department. Now, it’s Democrats making that argument and the GOP that’s suggesting user fees should be used to pay for roads and transit.

Ed Mortimer, the U.S. Chamber of Commerce’s vice president of Transportation and Infrastructure, attributed the shifting position among Republicans on user fees to their being accustomed to seeing electric vehicles as a Blue State phenomenon. So, he said, they ignored warnings about a gas tax shortfall—until Republican-led states began seeing their fuel levies decline.

“Some Republicans who maybe have been reticent about user fees, when it comes to a user fee or corporate tax increase, maybe they’ve gotten a different perspective,” Mortimer said.

Sam Graves of Missouri, the top Republican on the House Transportation and Infrastructure Committee, has argued a VMT could easily be implemented by using a formula assessed at the gas pump similar to how the fuel tax is paid.

Such a fee would also help shore up highway funds. Gas and diesel taxes leave out a whole new category of motorists on the road—electric vehicle drivers. Backers say it would help close the gap in federal highway funding. The gas tax brings in $34 billion per year while federal spending on highways and public transportation has topped $50 billion annually.

“The suggestion is, middle class workers are going to pay what mega-corporations will not,” Oregon Democrat Ron Wyden, chairman of the Senate Finance Committee, said during the panel’s hearing on funding infrastructure in May. “That’s not a step toward fairness.”

Wyden said he would look at any gasoline tax indexing proposal such as the one Romney said was under consideration before commenting. He pointed out that Biden has a “reservation about this as a regressive tax” and highlighted the Democratic view that corporations are underpaying taxes now.

Senator Chuck Grassley, a veteran Iowa Republican, remarked Thursday about indexing the levy that “it’s better than increasing the gas tax and it has a better chance of getting done.” He also that if that had been done in the early 1990s “we wouldn’t be in the situation we are in now.”

While highway funding is expected to be part of the infrastructure plan, Congress is still working on a standalone bill to take the place of a five-year, $305 billion act that was extended until Sept. 30. The House passed a five-year, $494 billion surface transportation bill in July 2020, but the measure has not been approved by the Senate. Democrats in the lower chamber have introduced a $547 billion surface transportation bill. House Republicans countered with a smaller $400 billion measure.

Former U.S. Transportation Secretary Rodney Slater, who served in the Clinton administration, said the last gas tax increase, to 18.4 cents a gallon from 14 cents a gallon in 1993, was tied to a federal deficit-reduction effort. It passed with no Republican votes.

It wasn’t until 1998 when the extra 4.3 cents per gallon was dedicated to the Highway Trust Fund, Slater said.

Slater said consideration of potential replacements for the gas tax, including a mileage fee, goes back as far as the Clinton years. He cited the creation of the Transportation Infrastructure Finance and Innovation Act program and the Railroad Rehabilitation and Improvement Financing in 1998, in addition to the early VMT explorations.

“We tried to go for a VMT provision,” he said. “We recognized we couldn’t solely rely on the gas tax to fund transportation. We were beginning to explore innovative financing techniques.”

CN and Kansas City Southern today announced that the Hon. William Clyburn, Jr., a former Commissioner and Vice-Chairman of the U.S. Surface Transportation Board (“STB”) has written an op-ed, which… 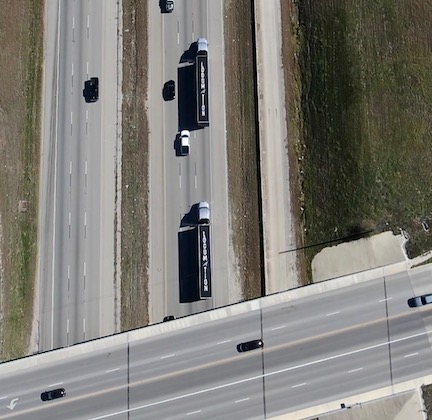