The U.S. Postal Service currently plans for only 10% of its new truck fleet to be electric, Postmaster General Louis DeJoy said Wednesday, angering environmentalists who say the move flies in the face of a White House executive order to electrify the government’s vehicles.

DeJoy’s revelation in a hearing before a House panel comes the day after the Postal Service announced that Wisconsin-based maker of military trucks, Oshkosh Corp., had won a long-delayed $6 billion contract to replace the service’s fleet of gas-guzzling postal trucks.

The news sent the stock of Workhorse Group Inc., the only all-electric vehicle maker in the running, plunging as much as 60%. The Loveland, Ohio-based company has vowed to fight the decision, saying in a statement Wednesday it “intends to explore all avenues” available to it in the government bidding process.

“The lack of commitment from the USPS to electrify its fleet directly contradicts the Biden administration’s goals and executive order to clean up pollution from the US government’s vehicles,” said Gina Coplon-Newfield, director of the Sierra Club’s Clean Transportation for All campaign.

Dejoy, in testimony before the House Oversight Committee, said committing to a greater number of electric vehicles would be too expensive. “We don’t have the 3 or 4 billion dollars in our plan right now, that it would take to do it,” DeJoy said. “But we’re happy to talk with the administration and with this Congress.”

The Postal Service on Tuesday gave Oshkosh an initial award as part of a 10-year contract to build as many as 165,000 mail trucks. The service said in a statement that the delivery trucks would be “either fuel-efficient internal combustion engines or battery electric powertrains and can be retrofitted to keep pace with advances in electric vehicle technologies.”

In an interview, John Pfeifer, Oshkosh’s president and chief operating officer, said the company had designed a vehicle that could use either an internal combustion propulsion system or a battery-electric one and they were designed to be retrofitted to batteries “as that technology evolves.”

“You have the ability to change compulsion systems as technology develops,” Pfeifer said. “This perfectly dovetails with what” Biden has ordered “because we provide a very cost effectively electric vehicle for the Postal Service.”

But the move to use internal combustion engines has enraged environmentalists and other electric-vehicle backers who say EVs would save the Postal Service on maintenance and fuel.

“It’s really, really disingenuous to call this electric in any way,” Joe Britton, executive director of the Zero Emission Transportation Association, said in a phone interview. “This flies in the face of what both the administration and Congress want to see.”

The Postal Service operates 225,000 vehicles, making it the largest part of the federal fleet. Many of the current USPS vehicles only get about 10 miles per gallon, or worse gas mileage than a Humvee. Biden, in his first day in office, signed an executive order, calling on the government to use its procurement power to transform the government’s fleet of 645,000 into clean-energy vehicles.

White House spokespeople did not respond to emailed requests for comment on the plan, including how it complied with Biden’s fleet electrification plans.

The Postal Service receives no tax dollars for operating expenses and relies on the sale of postage, products and services to fund its operations. It’s run by a board of governors who are nominated by the U.S. president to staggered terms, and who select the postmaster general.

The award to Oshkosh ends a procurement saga that began in 2015 as the post office sought to replace it’s ubiquitous fleet of gas guzzling Grumman long life vehicles—many of which are more than 30 years old—with newer and more environmentally friendly options. But the process was set by delay after delay, due to, among other factors safety issues that included prototype vehicles with leaky fuel tanks and faulty brakes that led field testing to be halted.

The decision to shun Workhorse, which didn’t respond to a request for comment, came as a surprise to investors and analysts who considered the company a shoe-in for at least part of the postal contract.

“This award to Oshkosh is downright shocking,” said Craig Irwin, an analyst with Roth Capital Partners LLC. “It’s outrageous. This decision from the post office does not make any sense.” 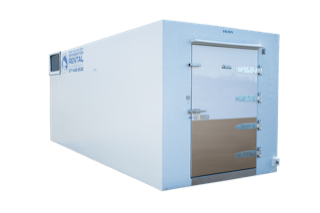