A bipartisan group of senators is closing in on a $579 billion infrastructure deal after agreeing to pay for it in part by delaying a Trump-era Medicare regulation, a key Democratic senator said Thursday.

Any deal, however, could face resistance from Democrats on both sides of the Capitol, making its prospects uncertain even as a bipartisan group of 22 senators works out the final sticking points.

Senator Tom Carper of Delaware, a typically reliable Democratic vote and ally of President Joe Biden, signaled Thursday that he would object if negotiators didn’t include more funding for water and sanitation. Other Democrats in the 50-50 Senate have raised concerns about funding on their own priorities, like high-speed rail.

But the Congressional Budget Office estimated the rule would increase federal Medicare spending by about $177 billion from 2020 through 2029.

“We had an agreement on 99% when we walked out yesterday afternoon,” Senator Joe Manchin of West Virginia, one of 22 senators negotiating the infrastructure deal, said in an interview. “The pay-fors are pretty much lined up.”

Senate Finance Chairman Ron Wyden, whose committee has jurisdiction over Medicare, said he is still reviewing the proposal. “I share the view that the Trump proposal was flawed and we’re all talking about it” he said.

Drug companies, which could lose revenue if the rule is set aside, have lobbied against its inclusion in the deal.

“Despite railing against high drug costs on the campaign trail, lawmakers are threatening to gut a rule that would provide patients meaningful relief at the pharmacy,” said Debra DeShong, executive vice president of public affairs at the industry group PhRMA. “If it is included in the infrastructure package, this proposal will provide health insurers and drug middlemen a windfall and turn Medicare into a piggybank to fund projects that have nothing to do with lowering out-of-pocket costs for medicines.”

Senate Democrats had been banking on support of all 50 senators in their caucus, making Carper’s last-minute objections notable.

Carper voted to proceed to debate the bill on Wednesday, but signaled Thursday that the water and sanitation funding could be a dealbreaker for him. Carper, the chairman of the Environment and Public Works committee, wants the infrastructure plan to fund those programs at the level in a separate bipartisan water infrastructure bill.

“It’s not every day you get 89 senators to vote in favor of water infrastructure legislation,” Carper told reporters. “That’s a strong statement.”

Carper also expressed concerns about the surface transportation portion of the emerging agreement, which continues to be a sticking point in negotiations.

Negotiators are still working on exactly how much money to funnel to transit systems, Manchin and Utah Republican Mitt Romney said. Some Republicans have argued that given the large boost in the bill for transit, future highway trust fund disbursement for transit should be reduced from 20% to 18%. Democrats say the traditional 20% share of the trust fund, which is primarily funded by the gas tax, set aside for transit should be maintained.

The senators have said they hope to have final bill text and an official budget score by Monday to allow the Senate to vote then to begin debate.

Republicans on Wednesday blocked an attempt by Senate Majority Leader Chuck Schumer to start debate, arguing they needed to see a deal first.

“If it’s not ready for Monday vote, we’re going to lose a couple of weeks on our August recess,” Montana Democrat Jon Tester, another member of the negotiating group, said. “So it’s got to be ready.”

Schumer indicated on the Senate floor Thursday he is prepared to keep the Senate in session past its Aug. 9 recess date to finish work on the infrastructure bill and a multi-trillion budget bill carrying much of President Joe Biden’s economic agenda.

“My colleagues on both sides should be assured: as majority leader, I have every intention of passing both major infrastructure packages – the bipartisan infrastructure framework and a budget resolution with reconciliation instructions – before we leave for the August recess,” Schumer said. “I laid out that precise schedule both publicly and privately and I intend to stick with it.”

Even if the infrastructure bill makes it through the Senate in the coming weeks, it could face some significant resistance among progressives in the House who have clamored for more spending.

Williams raised concerns that the Senate bill does not do enough to help Black communities still feeling the effects of the 1956 Federal Highway Act.

Williams was one of 30 Democrats on the House Transportation and Infrastructure Committee to sign on to a letter Wednesday to Democratic leadership in both chambers urging them to include many of the provisions in the House-passed infrastructure bill.

“We won’t resolve these problems by continuing the status quo and spending more money through a broken and outdated system,” they wrote.

Oregon Democratic Representative Peter DeFazio, the committee’s chairman, said Wednesday at a progressive rally the Senate bill had only “a little green dressing on the side.” 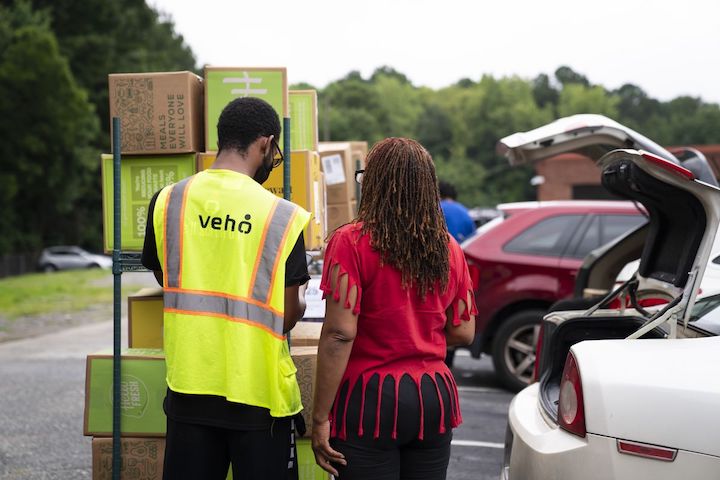