Wheat futures in Chicago extended a rally amid worries about global shortfalls even after India said it would relax its order curbing exports.

India will allow traders to meet prior commitments, according to the country’s trade ministry. Futures fell as much as 3.8% in Chicago before reversing the losses, climbing 2.3% to $12.7625 a bushel, the highest price in two months. Futures have surged more than 60% this year, increasing the cost of everything from bread to cakes and noodles.

“Traders are still a little bit concerned that an ample amount of wheat won’t be exported out of India,” Terry Reilly, senior commodity analyst at Futures International LLC in Chicago, said by phone.

Heat waves have withered fields in India, prompting a government order dated May 13 to restrict shipments and safeguard domestic supply. Weather woes are also threatening output in the European Union, US and Canada, compounding shrinking production from Russia’s invasion of Ukraine, one of the world’s top growers.

India is making exceptions on export restrictions only for prior commitments made by private traders through irrevocable letters of credit, and for exports to countries that require wheat for food security needs, based on the requests of their governments.

The easing measures are not going to significantly add to the volume of wheat available on the world market, and weather worries persist in growing areas in the US, Farm Futures analyst Jacqueline Holland said in a note. Winter wheat conditions are suffering amid hot, dry weather in parts of the Plains, and farmers in major producers North Dakota and Minnesota are being kept out of fields from cool temperatures and rain, she said.

As for India, wheat consignments that have been handed over to customs for examination and registered on or before May 13 will be cleared for export. The government has also given the green light for a 61,500-ton shipment to sail from Kandla port to Egypt.

Traders have contracted to export 4.5 million tons so far in 2022-23, according to the food ministry. Turkey, like Egypt, has also been given approval to import Indian wheat

The decision to halt wheat exports has added to a growing wave of food protectionism worldwide caused by rocketing crop prices. Indonesia has banned palm oil exports, while Serbia and Kazakhstan imposed quotas on grain shipments. 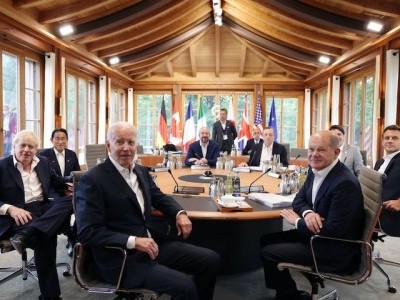 Ford Motor Co. urged the UK to maintain its trade agreement with the European Union, warning that a measure under consideration to override the deal may threaten further investments in…

GlobalWafers Co. plans to build a $5 billion semiconductor silicon-wafer facility that will be the biggest of its kind on American soil, as the country contends with the fallout from… 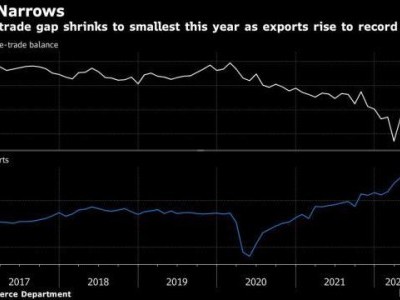