The global share of emissions in April 2022 shifted slightly, with the Airbus A320-200ceo experiencing a 0.4% increase on the previous month. The Boeing 777-300ER saw a decrease in its monthly share. Flight data from IBA Insight has identified a continued month-on-month increase, which itself is driven by growth elsewhere in the global fleet mix. IBA expects this growth to continue as deliveries of these types ramp up.

There has been little change in CO2 emissions from lessors this month, with CO2 per-seat per-mile figures remaining at an average of 129 grams. Jackson Square Aviation remains at the top of the lessor efficiency index in April. Overall CO2 emissions per-seat and per-mile are likely to fluctuate marginally month-on-month for each lessor.

April 2022 saw changes in the Airline Efficiency Index, with Wizz Air UK re-entering the ranking. Their fleet utilises a 55%/45% split between the A320neo and A320ceo aircraft and consists of 16 active aircraft owned and managed by a mix of entities. These include BoComm Leasing, Carlyle Aviation Management Limited and AVIC Leasing.

Most of the strong performers in the ABS efficiency ranking are based on ABS transactions made in 2021. These mostly consist of new generation and high density narrowbody aircraft. One example was SLAM 2021-1 Limited, which included a blend of 8 x Airbus A321-200neo, 3 x Boeing 737-900ER, and 1 x Airbus A330-900 aircraft. The composition of aircraft within this ABS lends itself to a good efficiency rating due to most of the A321-200neo aircraft being in high-density, single class configuration.

Another notable entry in the ABS efficiency ranking is the Navigator Aircraft ABS from November 2021, managed by DAE Capital. This consisted of 22 aircraft with an average age of 6.7 years. This ABS structure includes high-density Airbus A321-200neo aircraft operated by Indigo.

IBA has also identified ABS’ that follow a more typical trend of asset composition. One such example came from Sapphire Aviation Finance II Limited, with an average asset age of 10.4 years. This ABS consists of aircraft mostly operating for Eastern European and Russian operators, and benefits from A330ceo aircraft with high density dual class layouts, helping drive the overall efficiency rating on the portfolio.

Chris Brown, Head of Strategy at KPMG, said: “We don’t yet see it impact the narrowbodies or widebodies until the 2030s, leaving the ABS market as a viable market for the near future. However, there are two key risks here.

“First, SAF supply is immaterial at present and needs to rapidly ramp up - the demand is already there, even at existing price premiums, so the investment attention needs to turn more to power-to-liquid technologies at scale that will have captive markets. Without this supply side investment, expect increasingly harsh scrutiny for conventional aircraft.

“Second, we currently model hydrogen and electricity’s total contribution to aviation’s energy needs as still under 10% of total by 2050, ramping up since the late 2030s. If hybrid, fuel cell and other technologies accelerate and become commercially viable for retrofits, then regional, narrowbody and even widebody assets will face midlife decisions not previously factored in.”

In IBA’s next issue, it will examine Enhanced Equipment Trust Certificates (EETCs), identifying key deals and the carbon intensity of those arrangements. 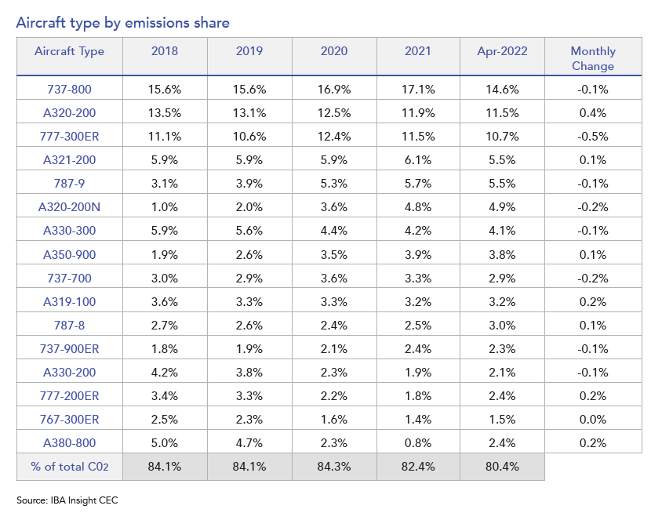 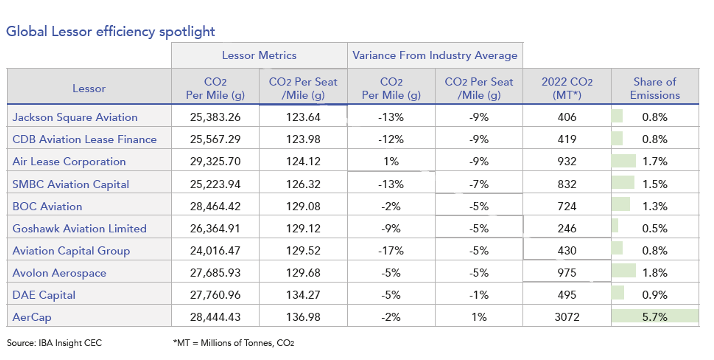 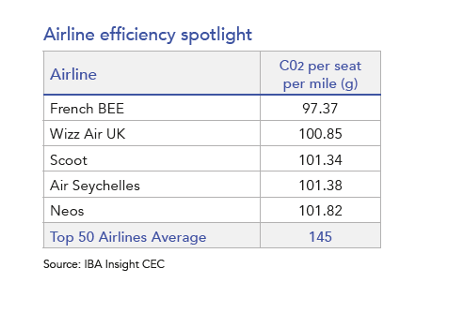 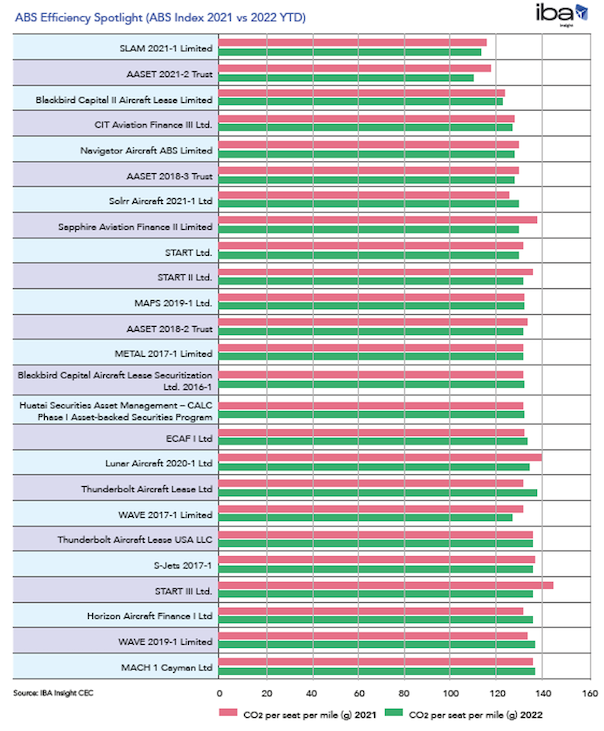 Lufthansa to bring back A380 in reversal as travel demand soars

Deutsche Lufthansa AG will return the Airbus SE A380 double-decker jet to service next summer, reversing its pandemic-era decision to retire the aircraft as travel demand soars.