Weeks before the White House said it would keep tariffs in place on more than $350 billion in Chinese goods, Katherine Tai previewed the bad news to a group of U.S. business leaders.

Tai, who is President Joe Biden’s pick for U.S. Trade Representative, told executives at a private meeting hosted by the Business Roundtable last month that lobbying for the duties to be removed wouldn’t work, according to people familiar with her remarks. Instead, companies keen to keep the so-called phase one trade deal—struck by the Trump administration and Beijing—should be prepared to live with the tariffs too, Tai said.

Her frank assessment offers a glimpse of the methodical approach she’ll take as America’s top trade official, as well as the hard line she’s expected to pursue in U.S.-China negotiations. Biden is banking on Tai’s low profile—she’s not as well-known as some of his other economic advisers – and her pragmatic style to distance him from the chaos that defined the Trump administration’s trade agenda.

Biden plans to take a more careful approach to trade, but his administration has provided scant details on the specific policies he’ll pursue. Tai’s confirmation hearing Thursday before the Senate Finance Committee will be one of the first opportunities to hear more about the administration’s plans and her personal views on a long list of challenges ahead.

As America’s trade chief, Tai will be at the center of helping to manage U.S. relations with China—and their massive economic consequences. She will help write the next chapter on the thorny relationship between the world’s biggest economies, which is poised to get even more contentious in the years ahead.

Tai, who won multiple big cases against China as a trade lawyer during the Obama administration, will be unwavering in negotiations with Beijing, according to former colleagues.

“She knows where the bodies are buried,” said Eric Altbach, a consultant and former colleague of Tai’s, referring to previous trade negotiations. “The Chinese rightfully expect her to be really tough.”

In addition to China, some of the other pressing matters Tai will face as trade chief include outstanding irritants with the European Union, and pressure to enforce Mexican labor requirements in the new North American Free Trade Agreement.

But Tai is not personally close with Biden, while other Cabinet officials are. That’s raised questions about how much influence she’ll have on shaping economic policies broadly, or even if she’ll have the president’s ear. It’s also a big leap for Tai to go from senior congressional staffer, her last job, to the country’s top trade negotiator.

Tai, 46, was born in Connecticut and is a graduate of Harvard Law School, where she was a student of Elizabeth Warren before the Massachusetts Democrat entered politics. Warren is one of the senators who will question Tai during the hearing Thursday.

Tai is expected to win bipartisan approval. If confirmed, Tai will be the first Asian American to serve as U.S. trade chief. She declined to comment ahead of her confirmation.

Tai, whose parents were born in China and have also lived in Taiwan, is a fluent Mandarin speaker and has spent the majority of her career in Washington, D.C., most recently as chief counsel on the House Ways and Means Committee. She is credited with helping to convince the Trump administration and Republicans in Congress to agree to major Democratic demands in the U.S-Mexico-Canada-Agreement, one of the biggest bipartisan trade deals Congress has ever passed.

“Her ability to get results was a big reason that deal passed with such a huge bipartisan vote,” said Senator Ron Wyden, Democratic chairman of the Senate Finance Committee.

Her predecessor, Robert Lighthizer, disrupted the way most of establishment Washington had thought about trade for decades and he frequently kept the small agency in the international headlines. Tai’s style is much less disruptive, though, and Biden has said he wants to focus on domestic issues before international ones.

There are some aspects of former President Donald Trump’s trade legacy that Biden—and Tai—may be keen to keep.

Similar to Trump, the Biden team has put an emphasis on “Buy America” policies in support of domestic manufacturing over relying on imports. Biden is set to study ways to end U.S. dependence on other countries for critical goods, something Tai also supports.

“We need to be thinking ahead,” Tai said at a Center for American Progress event last year, referring to lessons learned from Covid-19 and the next national emergency that could threaten America’s supply chains.

Tai has assembled a team of key allies who are expected to advocate for strong labor and environmental provisions in trade deals. Nora Todd, former senior staffer to Ohio Sen. Sherrod Brown, will serve as her chief of staff, and Greta Peisch, trade counsel to Oregon Sen. Ron Wyden, is her pick for general counsel.

It takes a lot to rattle Tai but when she does push back, it’s effective, say people familiar with her style.

“She’s a very unusual combination of someone who’s tough as nails but also extremely diplomatic,” said Tim Reif, former USTR general counsel and now a judge at the Court for International Trade.

This skill will be particularly valuable when she negotiates with her foreign counterparts or when she has to navigate turf wars within the White House and other agencies that frequently weigh in on trade policy decisions.

One example came during the height of U.S.-Mexico-Canada negotiations when Tai ended a meeting with Mexico’s chief negotiator after he refused to answer her questions, according to people familiar with the meeting.

Another time Tai pushed back against a senior administration official during a contentious 2018 briefing after Trump threatened to impose tariffs on cars, according to people familiar with the exchange. She told the official they were on thin ice in their legal authority to do so, the people said.

Ultimately, Trump never went ahead with the auto tariffs.

“Anybody who has the perception that she’ll easily be undermined or overpowered is going to be in for a big surprise,” said Nasim Fussell, a former Republican Senate aide who worked with Tai on Capitol Hill.

President Joe Biden’s nominee for trade chief said China needs to deliver on the commitments it made in its trade pact with the U.S. last year, the strongest signal yet… 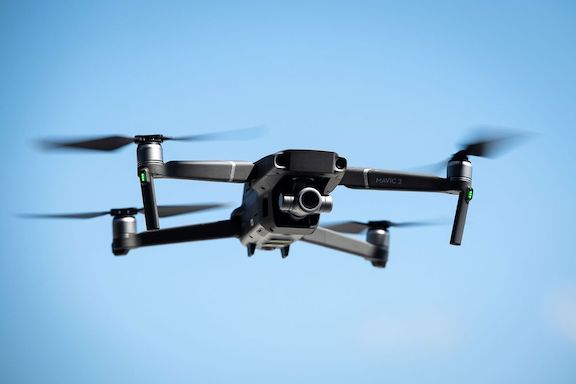 Russia sees a chance to resurrect the 2015 Iranian nuclear deal and is proposing a synchronized approach including “concrete” steps by the Biden administration to help Iran and the U.S.… 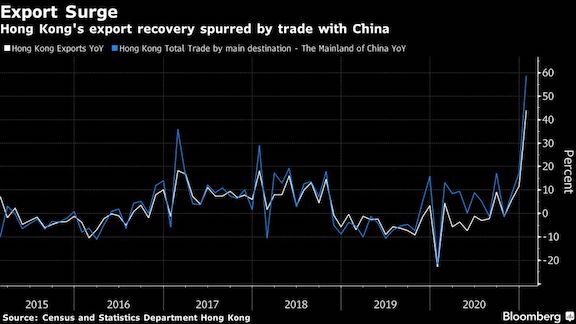 Hong Kong January exports jump most since 1992 on Asia boost

Biden to ditch ‘America First’ in appeal for global partnership