U.S. business groups say they are thrilled that President Joe Biden is proposing massive new investment to upgrade crumbling U.S. infrastructure, but they’ll be lobbying against raising the corporate tax rate to pay for it.

The U.S. Chamber of Commerce, Business Roundtable, and other business lobbies say they strongly oppose raising the corporate income tax rate to 28% from 21% to pay for the $2.25 trillion infrastructure plan that Biden unveiled on Wednesday. They want to see a user-fee model for raising money for improvements.

“We strongly oppose the general tax increases proposed by the administration, which will slow the economic recovery and make the U.S. less competitive globally—the exact opposite of the goals of the infrastructure plan,” Neil Bradley, executive vice president and chief policy officer of the U.S. Chamber, said in a statement.

The chamber plans to have its member companies engage directly with lawmakers to provide real-life examples of what an increase in the corporate tax rate would mean for their firms, such as not opening a new manufacturing facility, according to a person familiar with the chamber’s plans.

Biden said in a speech in Pittsburgh Wednesday that he hopes and believes a number of Republicans and businesses will support his plan, and that while he has laid out his ideas for how to pay for it, he’s open to other proposals—and long as they don’t raise taxes on those earning less than $400,000 a year.

“If others have additional ideas, let them come forward,” Biden said. “I’m open to other ideas.”

The Chamber will be offering the program it’s long been advocating based on the user-pays concept that helped build the Interstate Highway system, said Ed Mortimer, the Chamber’s vice president of transportation and infrastructure.

That includes raising federal fuel taxes one more time and transitioning to a tax on the number of miles traveled, as well as expanding federal lending and bonding programs as a way to encourage more investment by the private sector and state and local entities, he said.The chamber will also be seeking to recalibrate how the money is spent in the bill to focus more spending on roads, bridges and transit systems and less on items such as new electric-vehicle charging stations and other assets for the future, Mortimer said.“Today is the beginning of this debate, and we look forward to working with the administration and bipartisan members of Congress to get a bill that has desperately been needed enacted into law this year,” he said.

The Business Roundtable, a lobbying group for chief executives, estimates that an investment of about $1 trillion to $1.5 trillion is necessary for U.S. physical infrastructure. The group also opposes higher corporate taxes as the way to pay for it.

The American Trucking Associations also said that while Biden’s plan is “an important marker” at the start of the legislative process, a sustainable, user-based funding mechanism is needed.

“We do not believe the administration’s funding proposal is politically tenable nor a reliable long-term solution,” said President and Chief Executive Chris Spear in a statement.

Raising the corporate tax rate for all businesses isn’t the answer because too many companies are currently paying little to no corporate income tax, while others pay full freight, said Michael Hanson of the Retail Industry Leaders Association. Closing tax loopholes or re-instituting some form of a minimum corporate tax is a better approach, he said in a statement.

Americans for Tax Reform, a conservative-allied group headed by anti-tax activist Grover Norquist, plans to speak out against the higher tax rate and activate its network of coalitions in the states to oppose it, spokesman John Kartch said.

A higher corporate tax rate will immediately result in higher utility bills as companies pass on the costs and decreased wages for workers. It will also hit small businesses organized as corporations at the worst possible time coming out of the coronavirus pandemic, Kartch said.

“We’re going to make this very difficult for Democrats to take this vote,” he said.

A new group led by Republican operatives including Marc Short, former Vice President Mike Pence’s chief of staff, also plans a campaign of as much as $50 million to target Democratic and possibly some Republican members of Congress who support the tax increase with ads in their districts.

Conservative lawmakers and lobbyists are worried that the business community opposition to the proposed tax increases, which include a 21% minimum tax on global corporate earnings, won’t be as strong as the campaign to support the 2017 Republican tax overhaul that lowered the corporate rate, according to a conservative tax lobbyist who asked not to be named discussing the situation.

The response from the business community to the tax increases is likely to be uneven, as some industries would be more affected than others, the person said.

For example, technology companies are more likely to oppose the 15% minimum tax on book income in Biden’s plan, the person said—especially a company like Amazon.com Inc, that’s both a tech company with research-and-development investment and a company that owns retailers like Whole Foods Market Inc with brick-and-mortar stores.

While business groups say they don’t want a higher corporate tax to pay for infrastructure investment, companies will benefit from the new contracts and spending, said Ray LaHood, a Republican and former transportation secretary under President Barack Obama who promotes infrastructure funding through the Building America’s Future coalition.

“Republicans don’t want to vote for any kind of tax,” LaHood said of Biden’s plan, which he predicted will be enacted in some form by August because of the support the president has right now. “Let’s see if business will come around.”

The billionaire Agnelli family’s CNH Industrial NV ended talks to sell its Iveco truck and bus business to China FAW Group Co., a move that was welcomed by the Italian… 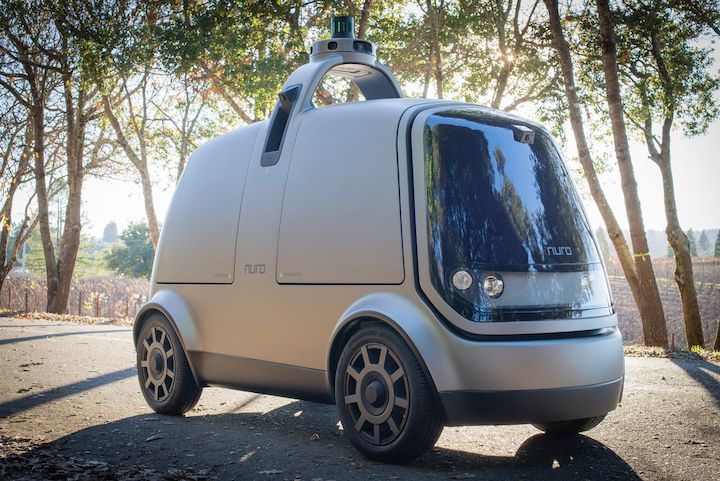 The (robot) pizza guy is here