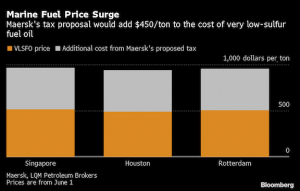 The world’s largest container shipping line has called for a $150-a-ton carbon tax on shipping fuel that would drive up the costs for an industry that delivers 80% of world trade. 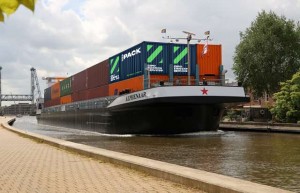 This summer the Netherlands will see the deployment of a self-propelled container barge utilizing battery power, an undertaking supported by a long-term contract with the Dutch beer maker Heineken. 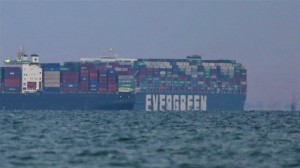 Egypt sounds optimistic tone about Ever Given compensation talks

Discussions between Egypt and the owners of the giant container ship that was stuck in the Suez Canal are moving in a “positive direction,” a canal official said Sunday, as the two sides work to avoid a continued stand-off in court. 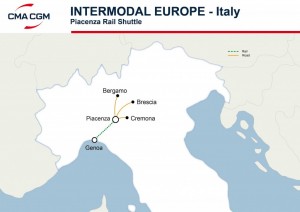 CMA CGM has announced current product intermodal and inland solutions covering Piacenza and Northern Italy area is improving significantly with a third departure a week as of June 2021. 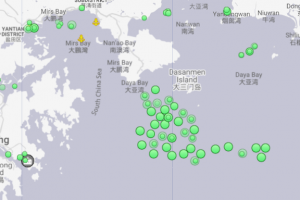 Today, Nippon Cargo Airlines launched on WebCargo, bringing nearly a quarter of global airline capacity online - more than double what is was at the same time last year - with eBookings up by 20X. 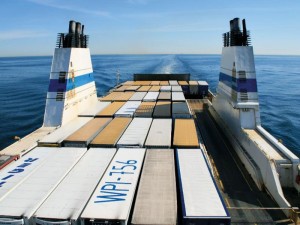 Finnlines is one of the biggest shipping companies in Finland that safeguards Finland’s security of supply. The fleet, which sails under Finnish flag, plays a vital role in ensuring the smooth supply of goods to Finland and from Finland to Sweden and from Finland to Continental Europe and Great Britain. A picture containing water, sky, boat, outdoor Description automatically generated Finnlines offers more than 170 departures each week in order to ensure regular sea connections to different parts of Europe. Finnlines’ biggest freight vessels have the capacity to carry 300 trailers and even the biggest passenger-freight ro-pax vessels can carry 250 trailers per voyage. Picture: Finnlines Shipping is a lifeline for Finnish foreign trade. Approximately 90% of exports and 80% of imports are being transported via seaways. High frequency liner traffic is the foundation of Finnlines’ operations. Finnlines specialises in freight transport and the main task is to ensure the smooth flow of goods. Finnlines’ extensive line network provides to Finland's export industry a regular and reliable way into the European market, while ensuring the transport of goods from abroad to Finland that are important for security of supply. Finnlines is a Finnish company and headquartered in Helsinki, Finland. The Company owns 21 vessels, of which 17 fly the Finnish flag. 70% of the Group’s approximately 1,500 employees are based in Finland. In 2020, Finnlines’ turnover was EUR 484.0 million, 40% of which was created in Finland. Despite these exceptional times, the whole shipping sector has safeguarded reliable transport links globally between markets and continued to keep essential supply lines open. Likewise, Finnlines has maintained critical sea bridges between Finland and Sweden and between Finland and Continental Europe, Russia and the Great Britain as well. Finnlines has a vital role in supporting national exporters and importers. Finnlines has not laid down any services, but operated normally throughout the year and thus ensured the transports of medicines, goods, machinery, components and other essential goods important to Finland’s security of supply. Finnlines is a part of the Grimaldi Group, which is one of the world’s largest operators of ro-ro vessels and the largest operator in Europe combining passengers and freight services. As a part of the Group, Finnlines is able to offer liner services to Finnish foreign trade throughout the Grimaldi network. Grimaldi Group is a major operator in the whole EU and maintains the security of supplies across the Europe. “Carriers, such as Finnlines, provide a lifeline for both the private and the public sector in Finland. The country’s island-like location makes it dependent on frequent and regular liner traffic services,” says Tom Pippingsköld, CFO, Vice President and Deputy CEO of Finnlines. Finnlines alone transports more than a third of the one million rubber-tyred units, which move annually across Finland’s three main sea bridges, which are Finland–Estonia, Finland–Sweden and Finland–Germany. In 2020, Finnlines transported over 720,000 cargo units and carried as much as 1,107,000 tons of freight not possible to measure in units. It is important for societies that also during a pandemic sea transports run as smoothly as they do during normal times. Public aid to maritime actors is needed in a challenging situation when authorities have imposed restrictions which complicate normal operations and market-based operations are at risk. Finnish Government has acknowledged this and granted aids to shipping operators. Finnlines has been serving loyally the nation without subsidies, without service cuts and with important sustainable investments in green ships ongoing, while operating and competing against subsidised companies. “Finnlines, as a Finnish company and with its Finnish flagged fleet, has established itself in terms of maritime transport important for the security of supply in Finland. Finnlines is able to provide environmentally friendly services with market terms and without public support. It would be important for the Finnish Government to recognise Finnlines' role in maintaining security of supply when granting aids to shipping companies,” says Pippingsköld. “It is of the utmost importance that the passenger and work related travel to and from Finland can be normalised in a safe manner as soon as possible. If the Finnish restrictions are more stringent than elsewhere in the EU, the recovery of business operations which is more vital than giving state aid, would be unnecessarily prolonged. However, if the state aid continues, alternative ways of support from the State to all shipping companies should be considered, which are more equal, less distortive, cleaner, more viable and more sustainable than the present one,” says Pippingsköld.

The CMA CGM BENJAMIN FRANKLIN: Exceptional dimensions for the largest ever to call at a U.S. Port