China’s top leaders pledged to deepen supply side reform and drive a rebound in domestic demand, staying the course for now to bolster the economy’s recovery.

The state will continue to keep macro policies consistent to boost a recovery in manufacturing and private investment, the state-run Xinhua News Agency reported, citing a meeting of the Communist Party’s Politburo chaired by President Xi Jinping. The meeting also called for strengthening and improving regulatory supervision of the so-called platform economy and avoiding an inflation in home prices.

“The current economic recovery is unbalanced and unstable,” according to the report of the meeting, which said the government will strive to achieve a more balanced economic growth. “It is necessary to make use of the current window of opportunity, when pressure on stable growth is relatively small, to promote economic stability and improvement.”

The 25-member Politburo, the Communist Party’s top ruling body, met in Beijing on Friday to review the economy’s performance and set plans for the months ahead. Policy makers are trying to provide enough fiscal and monetary support to maintain the pace of the recovery while avoiding any debt blowouts.

The world’s second-largest economy expanded 18.3% in the first quarter from the low base last year, when China became the world’s first nation to go into lockdown to curb coronavirus cases. Yet beyond the record rate, infrastructure investment has slowed, and manufacturers are being challenged by a strong yuan and rising commodity prices. While consumer spending has picked up, its recovery will depend on the outlook for wages and jobs.

Leaders also pledged to promote carbon peaking and carbon neutrality in an orderly manner while actively developing new energy sources, according to the statement. Xi has previously pleged that China will achieve carbon neutrality by 2060. 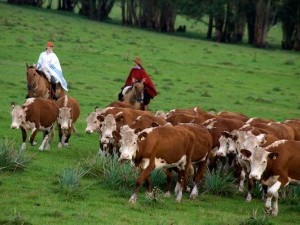 Beef only for Argentines, government says after halting exports

The Philippine government cut its economic outlook for this year and next as it struggles with a surge in coronavirus cases that threatens its recovery.

The U.K. government is locked in an internal debate over a trade deal with Australia as it tries to balance a desire for greater access to new markets against potential…

Hong Kong has closed its trade office in Taipei, the latest tit-for-tat exchange between the cities as Beijing works to isolate the democratically ruled island.

The world economy is suddenly running low on everything