Recent completions of pipeline projects in Texas and Mexico have increased natural gas transportation capacity from the Waha Hub—located near Permian Basin production activities in West Texas—to the Gulf Coast and to Mexico. Two completed projects in Texas, along with two completed projects in Mexico, all help improve connectivity between neighboring markets and the Permian Basin, an area in which production has exceeded available takeaway capacity during the past few years.

The recently completed projects include:

Whitewater/MPLX’s Agua Blanca Expansion Project, which entered service in late January. The Agua Blanca Expansion Project connects to nearly 20 natural gas processing sites in the Delaware Basin and can move 1.8 Bcf/d of natural gas to the Waha Hub. The project will also connect with the Whistler Pipeline, which is scheduled to be completed in the third quarter of 2021, and would move an additional 2.0 Bcf/d of natural gas from the Permian Basin to the Texas Gulf Coast.

Carso Energy’s 0.5 Bcf/d Samalayuca – Sásabe pipeline, which had its first commercial flows of natural gas in late January. The pipeline, located in Northwest Mexico, provides a more direct route for natural gas from the Permian Basin to serve this regional market.

Fermaca’s 0.9 Bcf/d Villa de Reyes-Aguascalientes-Guadalajara (VAG) pipeline, which began commercial operations in October 2020. The pipeline, located in Central Mexico, is the final segment of the Wahalajara system that connects the Waha Hub to Guadalajara and other population centers in west-central Mexico. With its completion, natural gas flows on the Trans-Pecos Pipeline, the first leg of the Wahalajara system connecting the Waha Hub to Mexico’s pipeline system, increased from about 0.3 Bcf/d to 0.6 Bcf/d.

The additional takeaway capacity from these recently completed projects has contributed to U.S. pipeline exports to Mexico rising 0.55 Bcf/d (9.9% increase) to 5.9 Bcf/d from March 2020 to March 2021, according to the latest data available from the Natural Gas Monthly. Estimates from IHS Markit indicate high export volumes continued in April and May, averaging about 6.1 Bcf/d, a 31% increase from last April and May.

The increase in takeaway capacity has also helped increase the natural gas price at the Waha Hub, narrowing its price difference (also known as the basis) to the Henry Hub. Over the past few years, constrained takeaway capacity in the Permian Basin has resulted in a wide basis relative to the Henry Hub as Waha prices consistently remained $1 per million British thermal units (MMBtu) or more below the Henry Hub price. However, beginning in late October 2020, the Waha-Henry Hub basis began narrowing significantly, and the price at the Waha Hub averaged only $0.22/MMBtu less than the Henry Hub price from March through May 2021. The most recent time that the basis was so narrow for a sustained period of time was in the spring of 2020, following a large decline in the price of crude oil and a concurrent decline in natural gas production, which increased the price at the Waha Hub. 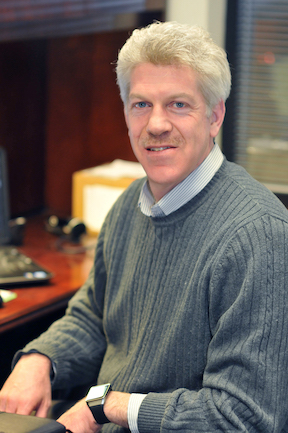 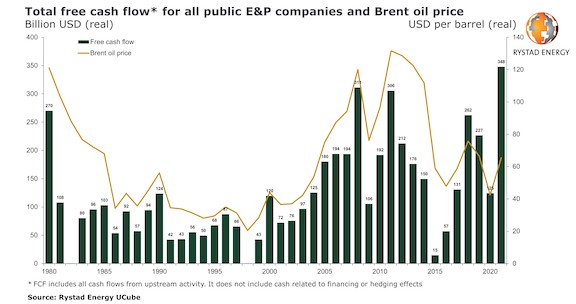 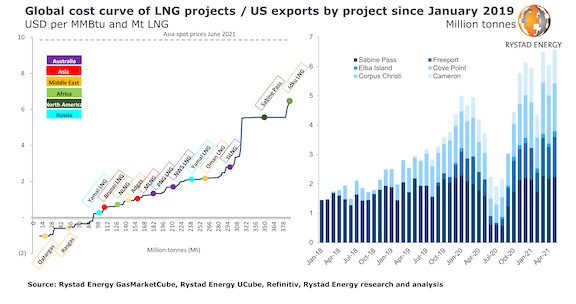