The continued peak in ocean container demand is keeping ports congested, equipment scarce and creating knock on effects on ocean rates, beyond the Asia-US lanes that are generating most of the demand.

In this most unusual year, with the pandemic wreaking havoc and economic data indicating recession, most observers expected global trade to decline significantly. And in fact, for the first half of the year imports to the US did just that.

But the unexpected shift in consumer habits and other impacts that sent ocean freight volumes climbing in June has kept demand strong enough that, against all odds, 2020 US retail imports are expected to end up 0.8% annually. Import volumes in H2 will likely push 2020 into a tie with the annual record set in 2018.

And multiple factors caused by this unanticipated still-surging H2 demand have combined for strange effects on ocean freight rates too.

As demand – especially from Asia to the US – outstrips capacity, port congestion and delays have caused a prolonged equipment shortage. And while ocean carriers hesitate to increase rates on Asia-US lanes due to increased scrutiny from regulators – though surcharges can add thousands to the listed rate – scarce empty containers and strong demand are leading carriers to increase rates on the other major ex-Asia lanes.

But prices from Asia to the Mediterranean skyrocketed 36% to $5,455/FEU, up 130% since November, triple the rate this time last year, and surpassing Asia-US East Coast rates – normally the most expensive lane – that have been just below the $5,000/FEU mark for weeks. 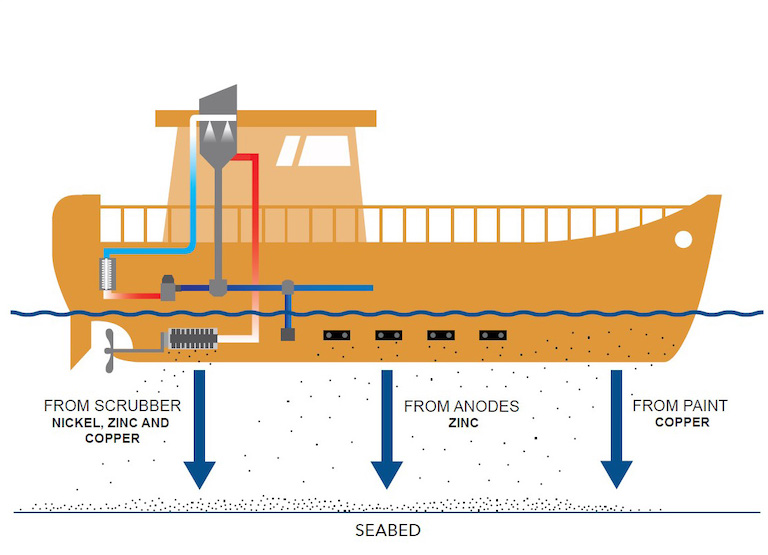 New applicable CMA CGM Freight All Kinds (FAK) rates as follows as from March 1st, 2021 (date of loading in the origin ports) until further notice but not beyond March… 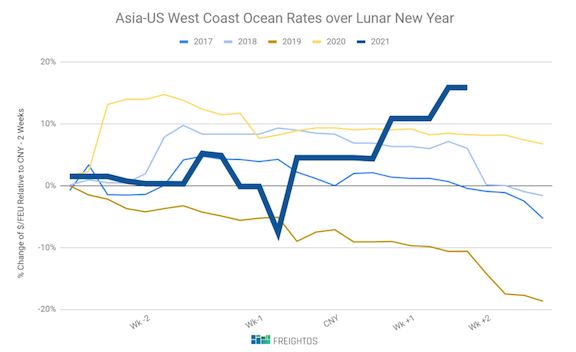 [FBX Weekly] Demand for ocean freight still-surging from Asia-US, even with CNY behind us 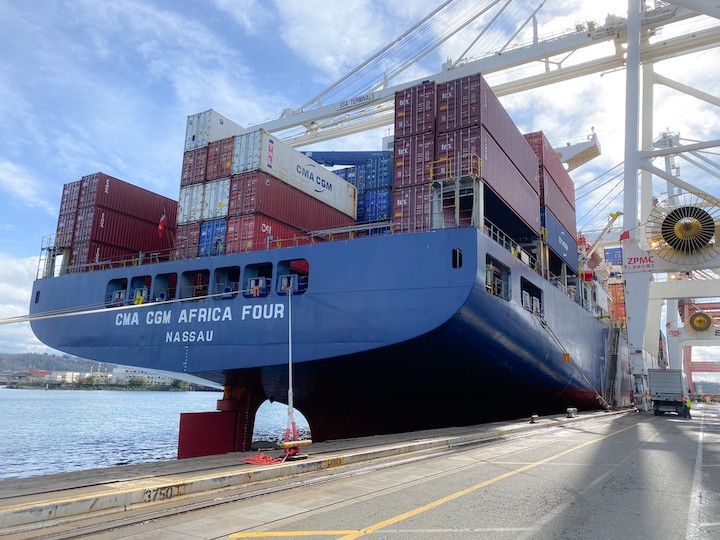