FedEx Corp. jumped in late trading after releasing an annual earnings forecast that was above analysts’ expectations as the courier benefited from higher package prices and resolved some operating snags tied to the labor shortage.

Adjusted earnings jumped to $6.87 a share for the fiscal fourth quarter that ended May 31, FedEx said Thursday in a statement—in line with analysts’ estimates, according to data compiled by Bloomberg. Revenue rose about 8% to $24.4 billion, slightly below analysts’ estimate of $24.6 billion.

FedEx forecast adjusted earnings for this fiscal year of between $22.50 and $24.50 a share. That’s higher at the range’s midpoint than analysts’ predictions.

“Our foundational investments have set the stage for a strong fiscal 2023,” Chief Executive Officer Raj Subramaniam said in the statement. “As we move forward, our focus will be on revenue quality and lowering our cost to serve.”

The higher-than-expected profit outlook for the year puts wind in the sails of the new CEO a week before he addresses investors on the company’s long-term strategy at FedEx’s Memphis headquarters. Subramaniam took over on June 1 from legendary founder Fred Smith, who remains chairman.

Fedex shares jumped 2.7% at 4:55 p.m. in extended New York trading. The stock has dropped 12% this year through Thursday’s close, better than the 20% decline of the S&P 500 Index over the same period.

The new CEO already announced a 53% increase in the dividend, a pledge to rein in capital spending and an agreement in which investor D.E. Shaw, a shareholder that sometimes goes activist, named two new board members and will have a say in a third.

Operating profit margins last quarter rose to 9.2% from 8.7% a year earlier. Profit in the period was aided by a $46 million tax benefit that FedEx said was worth about 18 cents per share.

Since the pandemic hit, FedEx and other couriers have had the upper hand on shippers and aggressively raised delivery prices as package demand spiked. It’s unclear how long the pricing power will last as package volume begins to cool. The company said it also gained from surcharges related to rising fuel costs.

FedEx’s profit was helped by improved operations as a labor shortage eased and sorting hubs were more fully staffed. FedEx has improved service and is now delivering packages on time about 93% of the time, up from 89% in December, according to ShipMatrix, which collects data on the parcel industry. The courier is still lagging its chief rival, United Parcel Service Inc., which has maintained its percentage for on-time deliveries in the high 90s.

Still, package growth is slowing as the pandemic fades and more people spend on entertainment and travel instead of buying another grill or trampoline. Fedex’s Ground unit saw average daily package volume drop in the quarter to 9.36 million from about 9.9 million a year earlier. That was offset in part by average revenue per package of $11.41, up from $10.31 a year ago.

FedEx’s Express unit was also hurt by China’s Zero Covid policy that has locked down some cities and choked demand for air freight. The average number of packages handled every day fell to 5.8 million from 6.5 million a year earlier. Just like at the Ground unit, average prices per package at the Express business rose to $24.65 from $20.51 in last year’s fourth quarter.

The company’s truck freight unit, which is the smallest by sales, continues to shine, with sales in the quarter jumping 23% to $2.8 billion while profit margins expanded to nearly 22% from 16% a year earlier.

Full-year profit was $20.61 a share after excluding some items. The company’s target was a range of $20.50 to $21.50. With the pandemic still impacting the industry last year, FedEx took investors on a bumpy ride with this target after setting it in June, lowering it in September and then raising it back to the initial level in December.

The company forecast capital spending at $6.8 billion for fiscal year 2023, which matches spending in 2022 and is just shy of analysts’ expectations of $6.88 billion for this year. 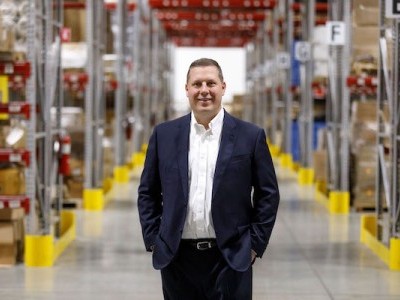 Smaller scale logistics companies now have the ability to capture and share real time data, critical to supply chain visibility — with the availability of logistics software that is tailor-built… 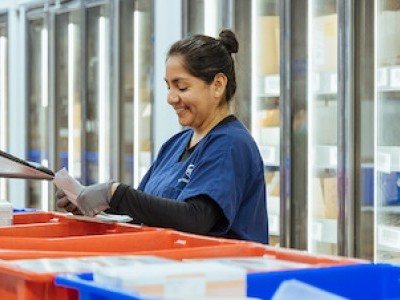 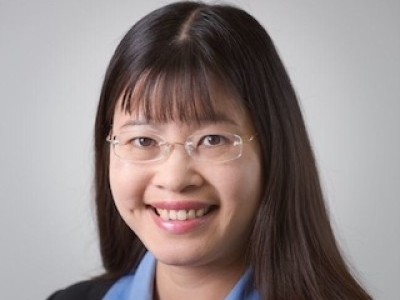