COVID case numbers in Shanghai fell to a six-week low this week, but restrictions in many areas of the city are getting tighter, and expectations are that the eventual reopening will be gradual.

With available exports still way down as manufacturing and trucking remain significantly impacted, the major ocean carrier alliances have announced cancellations of at least a third of their scheduled sailings out of Asia through early June, affecting Asia-Europe services more than transpacific.

Asia - US West Coast rates fell 3% this week while Asia - North Europe prices were unchanged, though rates on both lanes have decreased by more than 20% since the first lockdown began in Shenzhen in March. The removal of capacity through blanked sailings could stabilize rates even as demand remains suppressed.

Similarly, Freightos Air Index air cargo rates out of Shanghai to N. Europe have fallen 46% to $6.33/kg since the lockdown began in early April, and freightos.com marketplace rates show Shanghai - US West Coast rates have fallen by 20%, but prices on both lanes remain well above normal level as carriers have reduced capacity by canceling flights.

Despite inflation, still-elevated shipping costs, the Shanghai disruptions and signs of a shift to spending on services, the latest NRF data show no sign of slowing US demand for ocean imports. March set a new record for monthly container imports, and though volumes from April through August are expected to be below that level, imports this summer are projected to be higher than last year.

These volume increases may reflect the pull forward of peak season demand as importers try to get ahead of both the delays experienced last year and the possibility of additional slowdowns at West Coast ports in July when an important dockworker labor contract expires – negotiations for which began this week. 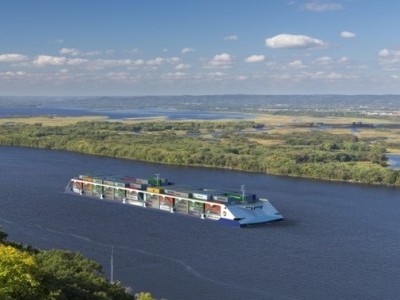