Inxeption, the leader in Industrial Commerce and supply chain digitization founded in 2017, has expanded into a new supply chain and operational headquarters in Louisville. Inxeption’s new 18,000-square-foot office is located on the 29th floor of downtown’s PNC Tower, a building that can accommodate planned growth to 200 local employees over the next five years.

Kentucky Governor Andy Beshear and Louisville Mayor Greg Fischer are scheduled to appear at a ribbon-cutting ceremony for the office.

“I would like to welcome Inxeption’s continued investment in the commonwealth and the 200 jobs the company will create in the coming years,” Beshear said. “Innovative, tech-based companies are an important part of our continued effort to move Kentucky forward and create quality opportunities for our residents. I am glad Inxeption is part of that vision. I look forward to the company’s continued success in our state.”

“Congratulations to Inxeption on the opening of its new downtown headquarters, which continues its strong growth in our community,” Fischer said. “Louisville is rapidly upskilling its workforce through innovative partnerships with companies such as Microsoft, IBM and Humana, and strategic investments in proven programs such as Code Louisville. As result, companies like Inxeption can find the tech talent they need to grow while taking advantage of the competitive cost of business and central location that make Louisville the right fit for B2B companies.”

Industrial manufacturing is a foundational industry in America's heartland. Kentucky alone is home to nearly 5,000 manufacturing related facilities that employ approximately 250,000 workers. For decades, industrial companies have been overlooked by digital commerce innovation, leaving them with manual, disconnected supply chains leading to systemic issues that have become even more apparent in the past two years. These companies are Inxeption’s customer base.

Inxeption promotes a new framework for Industrial Commerce by digitizing end-to-end supply chain functions from sourcing to final-mile through its Supply Chain as a Service ecosystem. Businesses dynamically collaborate in real time with both suppliers and buyers through cloud-based applications to procure, finance, sell, ship and, most important, get paid for their products.

Since the start of 2022, Inxeption has expanded its domestic logistics business by more than 180 percent on increased demand for real-time quoting and same-day truckload and LTL bookings. With Inxeption, industrial manufacturers secure multimodal shipments through a single user interface, eliminating time spent accessing multiple freight brokers and carrier websites. On the international side, the logistics business grew by 270 percent in the first half of 2022, as Inxeption supported both U.S. import and export business, and foreign to foreign lanes.

Inxeption began the year by completing a financing round at a pre-money valuation of $3 billion.

Steps away from the Fourth Street Live! District and Louisville Slugger Field, home of the Louisville Bats minor league baseball team, the beautifully designed space at PNC Tower houses a broad cross section of the company including employees in operations, sales and technology. The office will be a driver toward additional Industrial Commerce growth as it also cements Inxeption as an employer of choice in the city.

“In the last two years, Inxeption has integrated itself into the business community in Louisville, a crucial logistics hub,” said Josh Allen, Inxeption’s CCO and first Louisville employee. “We continue to undergo substantial growth, so we have strategically renewed our commitment to the city by relocating to a space that can scale as we expand our supply chain operations in support of more industrial businesses.” 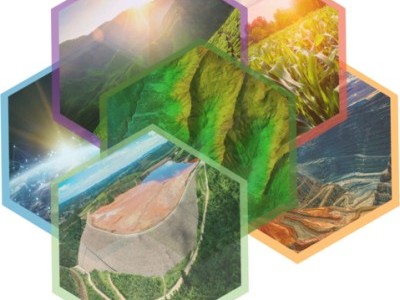 In Uncertain Times Supplier Relationships are More Important than Ever﻿