Major shipping corporation Maersk has announced plans to achieve net zero climate emissions in its business by 2040, a decade earlier than the company’s initial climate commitment made just four years ago. As part of this plan, Maersk has announced a commitment to 50% reduction in greenhouse gas emissions per transported container by 2030, which would lead to 25-50% absolute emissions reductions this decade from a 2020 baseline. Because of global pressure to move faster to zero emissions ocean shipping, Maersk has shifted its targets saying that the move “…marks our commitment to society and to the many customers who call for net zero supply chains.”

In October, Amazon and IKEA, who both do business with Maersk, committed to move their products off fossil fuel ships by 2040, joining companies including Unilever and Patagonia. Ship It Zero called this commitment “historic but too weak,” as the coalition is demanding movement on zero-emissions cargo shipping by the end of the 2020s, our decade of climate emergency.

“Maersk increasing its climate target by a decade just four years after the company began its decarbonization journey shows that a dramatically faster zero-emission timeline for the global shipping industry is possible,” said Dawny’all Heydari, Campaign Lead for Ship It Zero, Pacific Environment.

“Maersk continues to lead the cargo shipping sector by setting industry-leading commitments and taking the necessary steps toward actualizing a zero-emissions future. Maersk’s commitment sends a signal to major cargo shipping customers like Amazon, Target, Walmart, and IKEA that they must aim higher to both set and meet clean shipping goals this decade. As our climate emergency worsens, we need consumer goods companies to take action this decade to clean up their ocean shipping footprint, not punt the problem to 2040, which is what Amazon and IKEA are currently doing,” said Kendra Ulrich, Shipping Campaigns Director at Stand.earth.

Launched in July 2021, the “Ship It Zero” campaign is calling on the largest container shipping importers to the U.S. and most well-known corporations to move their products off fossil fueled vessels and transition to 100 percent zero-emissions shipping by 2030, with an initial focus on Amazon, Walmart, Target and IKEA.

Heydari continued, “Eighteen years is still too long to wait. With cancer-causing, life-shortening particulate matter emissions up near the Ports of Los Angeles and Long Beach by an equivalent of 100,000 class B diesel trucks per day, the time for zero-emissions ocean shipping is now. Port-adjacent communities cannot be treated as the collateral damage of our economy any longer. Our global community must transition to 100% zero-emissions by 2030 if we are intent on averting climate catastrophe. We call on Maersk to demonstrate the bold leadership our world needs by committing to 100% zero-emissions ocean shipping this decade.”

Walmart and Target have not responded to Ship it Zero campaign demands, but Maersk is gaining market share with both retail giants. According to the Ship It Zero campaign’s most recent report, Shady Routes: How Big Retail and their Carriers Pollute along Key Ocean Shipping Corridors, Maersk increased its proportion of Walmart’s business in 2020, with its responsibility for Walmart’s overall ocean shipping emissions rising from 3% to 11%. Maersk is also one of the few carriers for Target whose share of trade and emissions increased from 2018-2020, rising 10%.

The shipping industry emits an estimated 1 billion metric tons of carbon dioxide each year. If it were a country, the shipping industry would be the sixth largest emitter, ahead of Germany. On its current trajectory, maritime trade is projected to grow by as much as 130% by 2050 over today’s trade volume. Put simply: the world cannot stop the climate crisis without urgent action to decarbonize international shipping this decade. 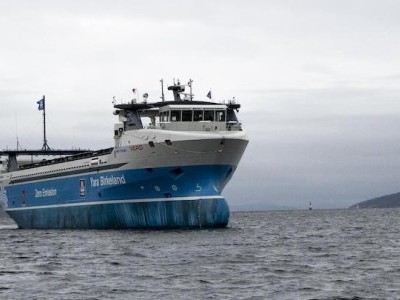 1 Despite detections of omicron and containment measures in several major Chinese port cities, the direct impact on logistics has so far been moderate. This is likely due to restrictions…

ZIM Integrated Shipping Services announced today a new eight-year charter agreement with a shipping company that is affiliated with Kenon Holdings Ltd., according to which ZIM will charter three 7,000… 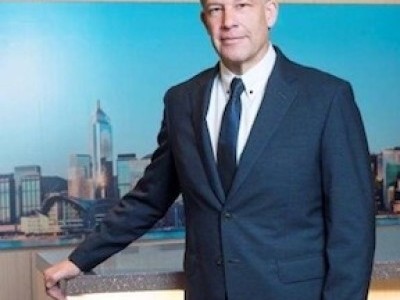