According to the research, ‘Industrial IoT in the Time of Covid-19’, the majority (68 per cent) of transport and logistics respondents say their organisation’s IoT projects could be more secure and nearly half (48 per cent) of all transport and logistics businesses consider insecure storage of data collected the biggest security challenge associated with the use of IoT projects within their organisations. Businesses are also acutely aware that stolen, misused or misplaced data from IoT projects could give competitors access to confidential business information. For this reason, the other top IoT security threats reported include insecure or unencrypted edge networks (47 per cent), potential mishandling or misuse of data by employees and risk of external cyber-attack (both 44 per cent).

Since Inmarsat’s last IoT survey in 2018, IoT adoption has dramatically accelerated, with the resulting proliferation of networks intrinsically creating more vulnerable endpoints across IoT networks, with the number of perceived security threats associated with industrial IoT networks increasing accordingly. However, considerable progress has been made in the transport and logistics sector over the last few years to combat these threats, with an increasing number of rail businesses responding by investing in new security technologies (59 per cent, compared with 45 per cent in 2018).

Those transport and logistics organisations which have a formal IoT strategy in place are more likely to take measures to ensure their cyber-security, with 61 per cent investing in new security technologies (compared with only 43 per cent of those without a formal IoT strategy in place). IoT security is also a higher priority in those organisations where IoT purchasing decisions are made at board level by the C-suite, or by the senior leadership team. Here, a higher-than-average proportion of respondents are focusing on investing in new security technologies (76 per cent, compared with the sample average of 51 per cent).

Commenting on the findings, Mike Carter, President of Inmarsat Enterprise said: “With nearly four in five of our research respondents reporting their organisation’s IoT security could be more robust, many businesses clearly continue to face serious security challenges in their IoT deployments. The accelerating speed of IoT adoption over the course of the Covid-19 pandemic has brought with it a proliferation of security concerns, given the increasing number of potentially vulnerable endpoints associated with IoT projects. Comparing our latest results with our 2018 IoT survey, security risks are growing, but in response, businesses are becoming more aware of cyber-security threats and doing more to respond.

“Overall, our results reveal it is those organisations with a formal IoT strategy in place, or who enjoy full support for their IoT projects at the boardroom level, lead the way in terms of having the most informed, security-conscious mindsets and taking positive, proactive steps to shore up their cyber-security defences. These organisations tend to best understand the gravity of IoT cyber-security issues, taking essential measures such as introducing internal and external IoT security policies and investing in, or upgrading security technologies.

“Cyber-security risk management is vital at the network level. Inmarsat’s global ELERA network, the latest evolution of our industry-leading L-band network, is specifically designed to deliver the most secure and highly reliable IoT connectivity to business-critical applications, even in remote places. By enabling organisations from all sectors to access IoT securely anywhere, we enable new possibilities.” 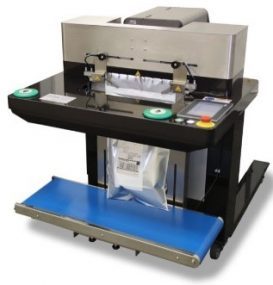 Nuvocargo, the only all-in-one digital platform for US/Mexico trade, announced today that Lauren Burdick has joined the company as Head of People.