Mammoet on the road in Texas

Heavy lift specialist Mammoet was contracted to transport a total of 7 refinery reactors from Houston to an ethylene to alkylate plant located in Pasadena, TX. The vessels, which had been shipped from Spain, were discharged from the ship in the port at Houston/TX and loaded onto a Goldhofer combination comprising 48 of Goldhofer’s proven PST/SL and THP/SL heavy-duty axle lines in a 4-file combination (1+1) of 24 axle lines, each with a 300 t turntable. “We chose this configuration because the route imposed limits in terms of width and length with these approximately 60 m long vessels, and this is the most compact and flexible transport combination,” says Mammoet’s project manager Marcel Kooyman.

The largest of the 7 reactors, a deisobutanizer weighing over 440 t, and measuring approx 200ft in length and 21.2ft in diameter, challenged not only the skills of the entire transport team but also the vehicle configuration used. Only in the case of two bridges did a third trailer have to be added. With such a long combination, it was possible to simply place it underneath the load at the belly of the vessel to better distribute the weight and avoid overloading the bridges. As a result, this mammoth transport was able to cover the 20 miles to Pasadena without any major hassles and in the shortest possible time. 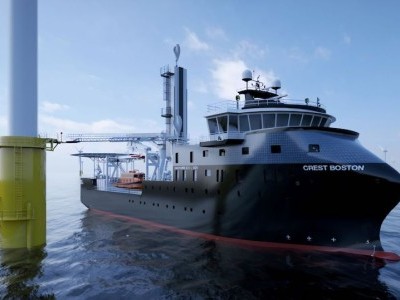 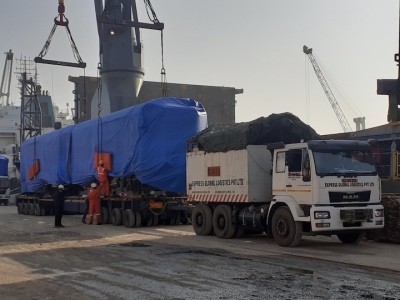 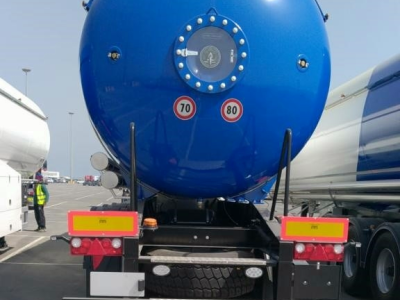 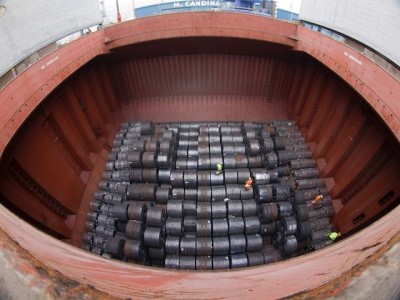