“Laboratory samples are often transferred between medical centers, typically by automobile. This presents the risk of travel time delaying decisions on the right treatment for patients,” said Dr. Maanit Shapira, director of the laboratory division at Hillel Yaffe Medical Center. “When scaled for routine use, the delivery of samples via drone will help speed up the flow of critical information for both the patients and the medical teams.”

The experiment, which was authorized by the Institutional Helsinki Committee, included two samples each from 30 volunteers at the Scha’ar Menashe Mental Health Center. One sample was transported by motor vehicle, while the second was placed inside an insulated package and locked into a designated container. That container, which weighed 2 kilograms (2.2 lbs.), was then strapped to the drone for delivery to the Hillel Yaffe Medical Center.

After both sets of samples arrived at their destination, they were analyzed to measure the flight’s impact on the laboratory tests. Doctors discovered both sets had similar results, confirming the quality of the samples was maintained during the drone flight.

“Using the FlightOps OS, drone providers can fly more missions over longer distances with increased safety and reduced costs,” said Shay Levy, CEO of FlightOps. “Our technology will enable the vision of drone deliveries as a preferred last-mile solution. Medical decisions should not be impacted by transportation and logistics, and we are proud to be involved with the Israeli Innovation Authority’s project to send lab and medical tests via drone delivery. We hope drone deliveries will lead to better medical outcomes and help save lives.”

A beyond visual line of sight (BVLOS), multi-drone OS, FlightOps allows scalability for any drone operations by using high levels of autonomy, coupled with the power of cloud connectivity. With the OS, drone service providers can scale their operations and fly multiple drones in shared airspace anywhere in the world.

In June, FlightOps announced a significant commercial agreement with DroneUp, a major drone services provider that offers last-mile delivery solutions for Walmart. Walmart recently shared plans to expand its DroneUp delivery network to 34 sites by the end of the year, with the potential to reach four million American households across six states. 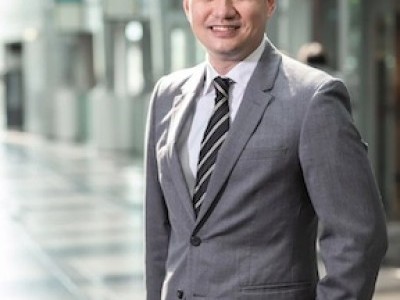