Excelerate Energy Inc. signed a 10-year deal to move a ship that stores liquefied natural gas to Finland, allowing the nation and its neighbor, Estonia, to end Russian natural gas imports as soon as winter.

At a ceremony in Helsinki, state-owned natural gas distributor Gasgrid Finland Oy agreed Friday to charter the use of a specialized tanker from Excelerate known as a floating storage and regasification unit, or an FSRU. The ships are used as offshore LNG import terminals.

The deal follows a visit by Finnish and Swedish leaders with US President Joe Biden at the White House. The two nations are seeking to join the North Atlantic Treaty Organization and to end dependence on Russian energy imports following the country’s invasion of Ukraine. Germany, Italy and a number of other European nations are also trying to ramp up LNG imports with FSRUs.

Finland and Estonia account for roughly 3 billion cubic meters of demand per year and the tanker can deliver 5 billion cubic meters per year, Excelerate’s CEO Steven Kobos said in a telephone interview from Finland. That’s around 52 cargoes, according to company figures.

“We take pride in being able to come in here and deploy this reliable, tested asset and being able to provide that sort of energy security,” Kobos said.

Excelerate plans to deploy its FSRU ship, named Exemplar, to Finland by the end of the year, Kobos said. Currently in Argentina, the ship will set sail for the Baltic Sea after the southern hemisphere winter ends. The offshore LNG import terminal will replace Russian natural gas imports, and any excess can be sold to neighboring nations, Kobos said. Gasgrid will be responsible for signing LNG supply deals.

“It’s an attractive market,” Kobos said. “There will be a lot of interest.” 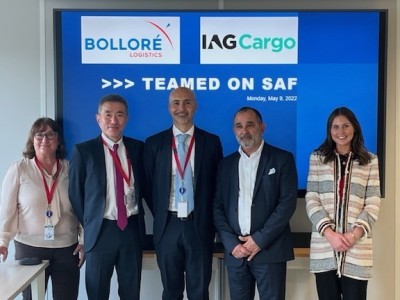