After obtaining the approval of the respective boards of directors and its partner Algeposa, Noatum, through its subsidiary Noatum Terminals, which specialises in the management of port concessions and infrastructures, has completed the acquisition of four automotive cranes for its port terminals in Castellon, Sagunto and Tarragona.

This equipment, capable of handling all types of cargo, is equipped with the latest technology and will bring major operational advantages to the ports concerned. They also introduce improvements that minimise the environmental impact and reduce energy consumption.

As port operators in these three key ports in the Mediterranean the responsibility of Noatum Terminals and of Algeposa, reinforces the commitment of both stakeholders to the continuous improvement of all the services they offer, as well as to the generation of increasingly efficient value propositions for all the industries in their port hinterlands.

Two of these cranes will be destined for Noatum Terminal Sagunto. These are two units of the LHM420 Pactronic model, and have a maximum lifting capacity of 124 tonnes, which will enable an improvement in productivity of up to 38 containers per hour. This model is also capable of handling bulk goods and all types of general merchandise and project cargo.

A third model LHM420 crane will be destined for Noatum Terminal Tarragona, a facility specialising in port operations for agri-foodstuffs bulk cargo, one of the main areas of trade at the Tarragona facility. The crane will be located on the Castilla quay to improve the productivity of the automated installation that the company manages there.

The fourth crane will be operated at Noatum Terminal Castellon, a multipurpose terminal that offers comprehensive services for containerised cargo, other unitised and project cargo, and solid and liquid bulk. The crane has been acquired to optimise operational flows and the ongoing increase in the volumes transited by Noatum’s concessions on the Dársena Norte docks. The new model LHM550 unit has a lifting capacity of 144 tonnes and an outreach of 54 metres; it is optimised for bulk handling on Capesize class vessels, in addition to container handling and New-Panamax class vessels.

The first crane arrived in port on 5 January on board the vessel Mv Hoogvliet, and will soon be operational at the Sagunto terminal. The other three units will arrive in the coming months.

The increase in the capacity of the terminals benefiting from this important investment and commitment is the result of Noatum and Algeposa’s commitment to offering their customer base state-of-the-art equipment, and thereby improving operational performance and achieving increased energy efficiency. 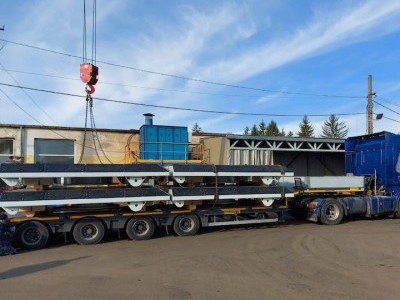 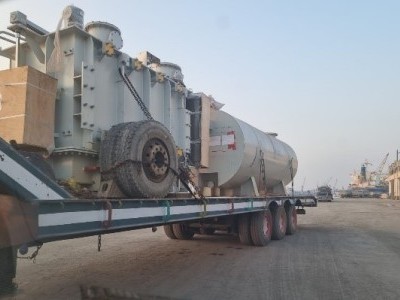 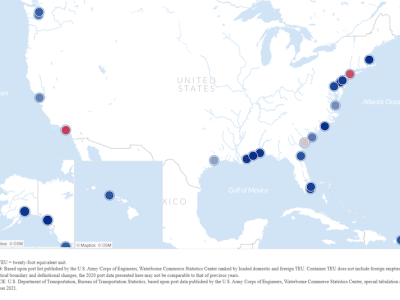