Following a two-month journey that included dramatic passage under the Chesapeake Bay Bridge and the Francis Scott Key Bridge, four new, massive Neo-Panamax container cranes arrived today at the Helen Delich Bentley Port of Baltimore’s Seagirt Marine Terminal. The cranes were delivered aboard the Zhen Hua 24 from China, and were greeted by officials from the Maryland Department of Transportation Maryland Port Administration (MDOT MPA) and its public-private partner, Ports America Chesapeake.

“This is a great day for the Port of Baltimore and for the men and women who make up its outstanding workforce,” said Governor Larry Hogan, who joined Port and MDOT officials today to view the cranes as they made the final leg of their journey. “The Port’s container business has grown impressively in recent years and is poised to grow even more with the addition of these new ultra-large cranes. Thanks to our MDOT MPA team and our partners at Port America Chesapeake, the Port of Baltimore is well-positioned to continue as one of Maryland’s prime economic engines.”

“Baltimore is already one of the few ports on the East Coast capable of accommodating the world’s largest container ships,” MDOT Secretary Greg Slater said. “These new cranes will allow the Port to serve two ultra-large container ships simultaneously, boosting our capacity and giving us the opportunity to increase revenue and grow the jobs that help fuel Maryland’s economy.”

The new cranes are fully electric, and thus emit no diesel emissions. Each measures 450 feet tall and weighs about 1,740 tons – 25 feet taller and 190 tons heavier than the Port’s first set of Neo-Panamax cranes that arrived in 2012. The new cranes can each extend to reach 23 containers across on a ship and lift 187,500 pounds of cargo. Ports America Chesapeake will test and prepare the cranes over the next few months, and they are expected to be fully operational in early 2022.

The cranes are part of a significant expansion by Ports America Chesapeake at Seagirt to provide greater capacity and efficiency to handle anticipated increases in container volumes. The $166 million investment in terminal and yard upgrades includes a second, 50-foot-deep berth to accommodate mega-ships; new container handling equipment such as 15 hybrid-electric gantry cranes; and a new truck gate complex. Ports America Chesapeake also is making software and technology upgrades at Seagirt, and in February relocated a container repair depot off-dock to provide more fluid container delivery and pick-up.

“Today is a terrific day in the history of the Port of Baltimore,” said MDOT MPA Executive Director William P. Doyle. “They made it! I’ve been tracking these cranes since they left Asia traveling across the Indian Ocean, around Africa’s Cape of Good Hope and through the Atlantic Basin, strategically avoiding stormy weather conditions during a very active hurricane season. The new cranes will create efficiencies across all landside modes including rail – particularly when the Howard Street Tunnel expansion is complete.”

There is a need for utilization of more gateways such as Baltimore to handle cargo in the United States. Import/export demand for container cargo has substantially increased over the past year and with that, port congestion is an all-time high. Due to the high number of local distribution, fulfillment and sorting centers in the area, Baltimore is a prime gateway for goods heading to the e-commerce market and for cargo sent to the Midwest via rail. The Port of Baltimore has served 23 “ad hoc” ships over the past year – vessels diverted to Baltimore that were not on a regularly scheduled service call – totaling more than 35,000 Twenty-foot Equivalent Unit (TEU) containers.

“We are excited for the arrival of our four new ship-to-shore cranes and the benefit they will provide to our customers,” said Bayard Hogans, vice president of Ports America Chesapeake. “As part of our over $166 million investment in terminal initiatives, the four new ship-to-shore cranes will create more capacity, increase productivity and improve efficiency at the Seagirt Marine Terminal.”

MDOT MPA and Ports America Chesapeake also recently secured two new container services, Maersk TP20 and Mediterranean Shipping Co. (MSC) Indus 2. The Maersk TP20 service consists of a string of approximately 13 ships, each with a capacity of 2,500 to 4,500 TEU containers, traveling through Southeast Asia/Vietnam and China, then through the Panama Canal to Baltimore and Norfolk. The MSC Indus 2 is an Indian Subcontinent and Mediterranean service consisting of an eight-ship fleet with capacity in the range of 8,500 TEUs. The Indus 2 starts in India and transits the Suez Canal to Italy and Portugal, and onto Norfolk, Baltimore, Miami and Freeport, Bahamas.

Complementing the new Seagirt berth are plans to expand Baltimore’s Howard Street Tunnel, which will allow for double-stacked container rail cars to travel to and from the Port, clearing a longtime hurdle and giving the East Coast seamless double-stack capacity from Maine to Florida. The project involves clearance improvements in the tunnel and at 22 other locations between Baltimore and Philadelphia. With the tunnel expansion project, Baltimore will be able to send double stacked containers by rail into the Ohio Valley and onto Chicago. In June, the project received final federal environment approval under the National Environmental Policy Act.

The Howard Street Tunnel project benefits from public-private investment from the federal government, Maryland, CSX, and others, and is expected to increase the Port’s business by about 160,000 containers annually. It will also generate about 6,550 construction jobs and an additional 7,300 jobs from the increased business. 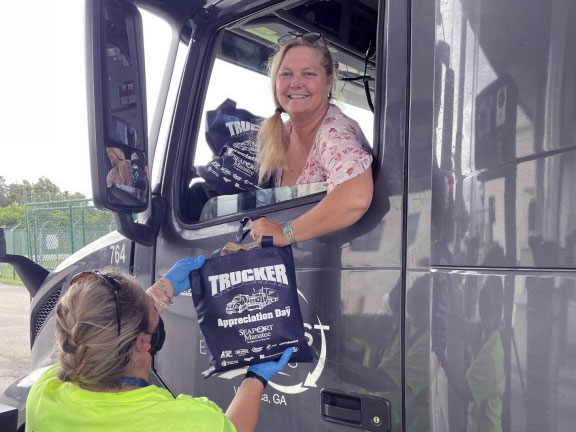 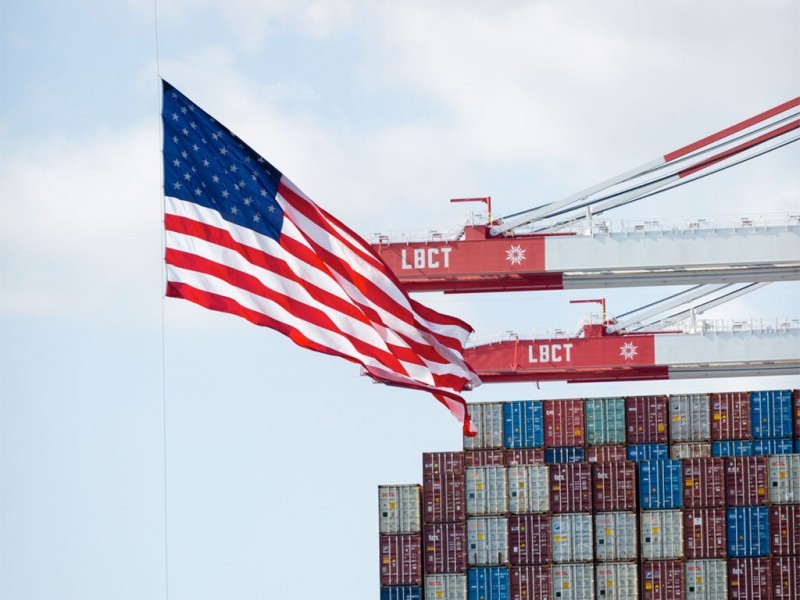 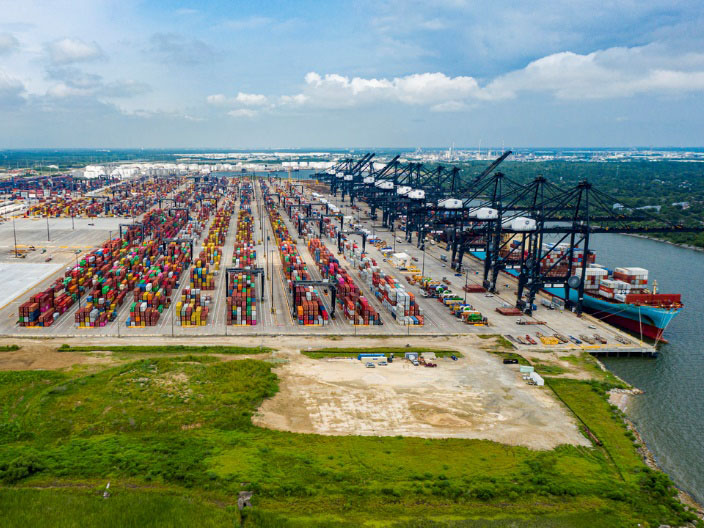 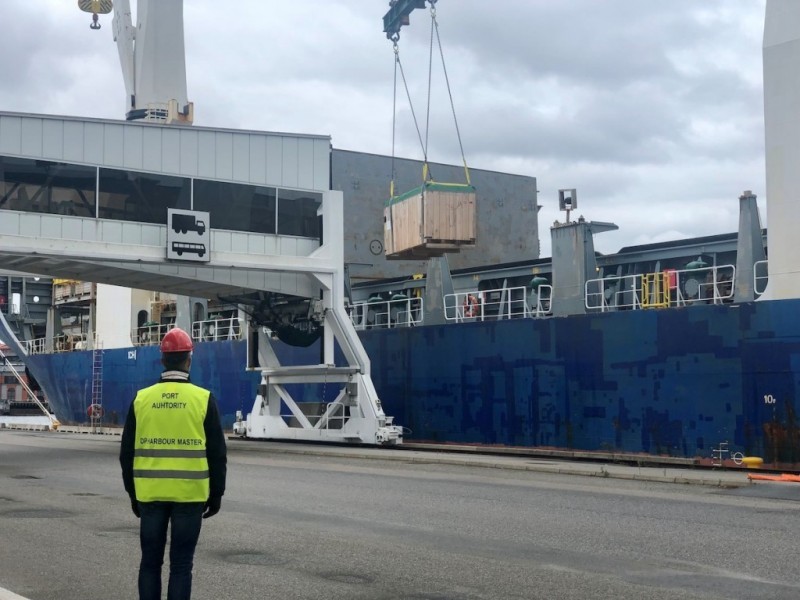 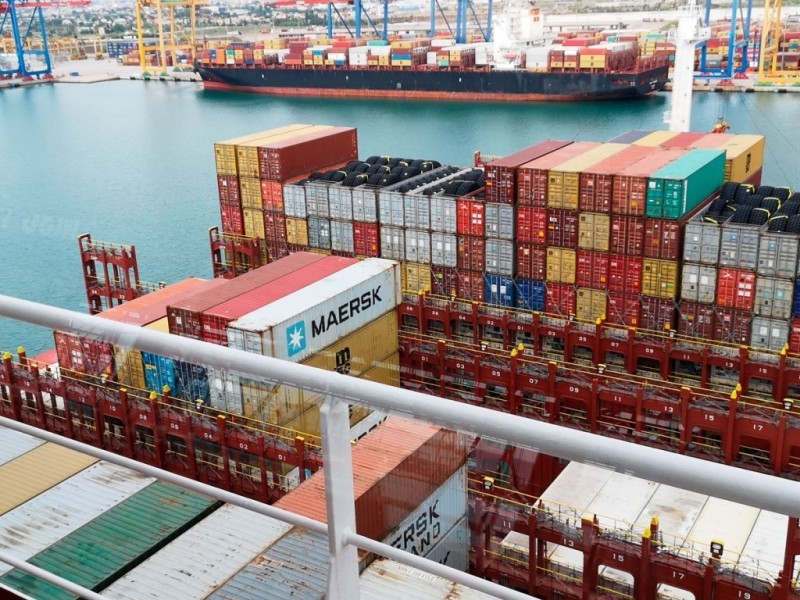 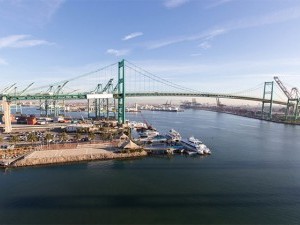