Cargo volume in August at the Port of Long Beach fell just short of another record month as a slowdown in consumer spending in the U.S. continued.

“We’re making great strides in reducing the number of ships queuing to enter the San Pedro Bay ports complex and quickly moving imports and empty containers out of the terminals,” said Port of Long Beach Executive Director Mario Cordero. “We are collaborating with stakeholders to provide more information, more space and more flexibility across the supply chain.”

“I commend our dockworkers for their continued hard work to keep goods moving through the Port,” said Long Beach Harbor Commission President Sharon L. Weissman. “Our reputation as a primary gateway for trans-Pacific trade relies on our ability to ensure the secure and speedy shipment of goods.”

The Port delayed the start of a “Container Dwell Fee” that would charge ocean carriers for containers that remain too long on the docks. Still, the San Pedro Bay ports – Long Beach and Los Angeles combined – have seen a 50% decline in aging cargo on the docks since the program was announced on Oct. 25.

The Port of Long Beach has broken monthly cargo records in six out of the last eight months. The Port has moved 6,600,560 TEUs during the first eight months of 2022, up 4% from the same period last year. 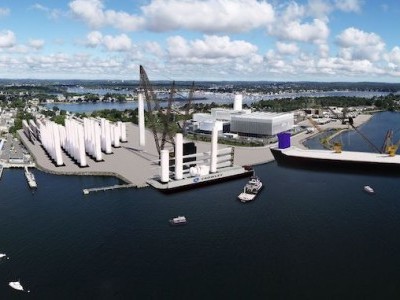