JEFFERSONVILLE, Ind. - A former North Carolina Ports executive with Indiana-ties has been named port director for the Port of Indiana-Jeffersonville. Jeff Miles, a born-and-raised Hoosier and veteran of the maritime industry, has returned to Indiana to lead port operations and business development at the southern Indiana port.

Miles' industry experience includes more than 30 years as a senior-level manager in the port, maritime transportation, and logistics sectors. As a key member of the North Carolina State Ports Authority senior executive team from 2005 to 2017, Miles held positions including chief operating officer, deputy executive director, and interim chief executive officer. Prior to his time at the North Carolina Ports, Miles served 10 years as the general manager of container operations at the South Carolina State Ports Authority, and three years as president of a private marine terminal company specializing in bulk and break-bulk operations.

The Port of Indiana-Jeffersonville handles over 2 million tons of cargo per year in the Louisville metro area and supports 13,000 total jobs, many of which are in the auto, appliance and agriculture industries. It is one of three ports operated by the Ports of Indiana.

Miles started this week and takes over the position from Scott Stewart, who left in early January after 6 years at the port to spend more time on community development and charitable projects.

"It feels like I'm coming home," said Miles. "It's truly an honor to have the opportunity to help my home state in an industry that has been such a large part of my professional career."

In addition to his port leadership roles, he has also managed intermodal logistics and terminal operations for major ocean carriers, including Maersk Line and U.S. Lines, and worked as a logistics, shipping and business consultant with PricewaterhouseCoopers and Booz Allen Hamilton.

Miles is a native Hoosier raised in the Dearborn County towns of Lawrenceburg and Greendale. A graduate of William Henry Harrison High School in West Lafayette, he holds a bachelor's degree from the College of Charleston and a Master in Business Administration (MBA) from Duke University's Fuqua School of Business. He and his wife, Nancy, have been married for 37 years and have three grown children. 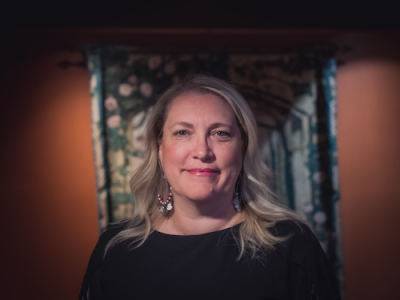