Only half of the projected number of ships per day are transiting through the new canal locks due to a lack of staff and infrastructure East Coast Ports Invested Billions of Dollars in Improvements to Accommodate Panamax Ships—Will the Panama Canal Authority Correct the Problem Before it Gets Worse? WASHINGTON—Larger ships, known as Neopanamax, were expected to visit ports on the Eastern Seaboard this year, bringing shipping containers from Asia through an expanded Panama Canal. But due to insufficient operational resources within the Panama Canal, far fewer ships than expected have made the passage. The $9.4 billion investment by the Panama Canal Authority in a third set of locks was supposed to double the tonnage capacity of the Canal. However, according to the Authority’s own transit records, the new locks are operating at about half their anticipated capacity. A shortage of tugs and trained crews has limited the Authority’s ability to efficiently move the mega-ships through the locks. Instead of the anticipated 12 vessel transits per day through the expanded canal, only a maximum of six are being completed. “This is like building a massive office tower without sufficient elevators to carry workers quickly to their offices,” said Captain Don Marcus, the President of the International Organization of Masters, Mates & Pilots. Marcus’ union represents sea captains and deck officers on U.S.-flagged vessels, as well as many of the captains and crews on tugboats in U.S. ports and Panama. The locks, designed in the early 1900s, and in continuous operation for more than a century, rely on locomotives moving on the side of the canal to tow vessels. In contrast, the new third set of locks serving mega-ships are moved by powerful tugboats in a very complicated and risky process that has been documented in a report by the insurance company Allianz. It was estimated that the canal expansion would require 70 to 90 of these more powerful tugboats. In practice, however, only 33 of 46 tugboats owned by the Panama Canal Authority are operational – on a good day. Tug captains employed by the Authority report that many of the canal tugs are not suitable to handle large container ships. Eight tugs purchased from China are poor performers and not fully used, and at least 10 other tugs are not operational. The shortage of appropriate tugs is not entirely the Panama Canal Authority’s fault. Harbor pilots worldwide report that Neopanamax vessels have limitations on their ability to maneuver which, when combined with their increased size, makes them extremely difficult to control. These factors have required a greater number of the more powerful tugs than was initially expected. The safety and transit problems in the “Third set of Locks” were evident from the beginning. The New York Times documents this in a July 2016 story entitled “Fender Bender on the Water (The Expanded Panama Canal).” “You would think the Authority would address the problem and acquire more tugboats and train additional crews,” said Marcus. “They have a canal that’s working at half of its capacity and is not generating the projected revenues. As a stopgap, they have hired a Venezuelan company to provide additional tugboats.” The waters around the Panama Canal can be very tricky because of difficult currents and tight maneuvering into locks. The Neopanamax vessels and LNG carriers generally require at least two tugboats to move through the new locks. There isn’t much room for error. In February, the Associated Press documented that many vessels were scraping the walls of the locks and wearing out the newly constructed walls and doors. “The Authority is at a critical point,” said Marcus. “Everyone acknowledges that there is a shortage of tugs and trained tugboat captains. In order for the new locks to be a success, the Authority must complete its investment in infrastructure and personnel. Bringing in a Venezuelan company to provide tugs and crews who lack sufficient training and English language skills, unlike crews employed by the canal authority, is not a solution. It will create greater problems. The Venezuelan company´s employees do not go through the rigorous 2.5-year training and certification process that is required for captains employed by the canal authority. And, for the first time in the canal’s history you will have these sensitive operations conducted by an outside Venezuelan company rather than direct employees of the Panama Canal authority, thus creating safety and security questions.” Added Marcus, “Ports in the U.S. and as far away as the U.K. have made investments based on the canal expansion. The canal is of vital strategic importance and is critical to trade. The Panama Canal Authority must live up to its commitments, acquire additional tugs and train and hire Panamanian personnel to operate them. The Canal administration needs to take these actions now.” In the United States, ports on the Atlantic coast such as Savannah, Jacksonville and New York have spent billions of dollars dredging harbors and raising bridges to accommodate the Neopanamax container ships. The Bayonne Bridge alone required an appropriation of $1.3 billion to raise that structure from 151 to 215 feet. “The Panama Canal Authority needs to finish the job,” said Marcus. “There will be no payoff for Panama nor for East Coast ports until the canal is running at full capacity. A promise was made 15 years ago. The Panamanian people and U.S. East Coast ports relied on that promise and spent billions of taxpayers’ dollars. A few more dollars must be invested in tugs and personnel by the Panama Canal authority. This will guarantee the desired return on investment and advance world trade. Failure to promptly address the problem will bring adverse economic consequences to the United States and Panama.” 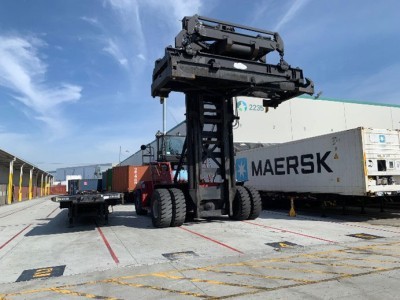 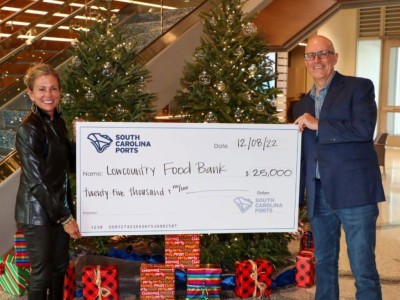 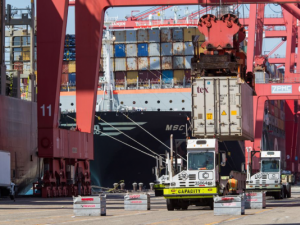