Qatar Airways Cargo has quietly emerged as one of the world’s largest airfreight operators. And as the AJOT’s Manik Mehta reports from Hamad International Airport in Doha, the carrier is adding a couple of niche products to its cargo portfolio.

The ranking is based on the IATA Carrier Tracker Report July 2015. But the ranking is also subject to two key interpretations - that airline groups are not clubbed together (e.g. the Lufthansa Group is considered to be separate entity and, secondly, it excludes domestic volumes (e.g. FedEx’s U.S. domestic market).

“We are committed to future growth and we are announcing today our plans to launch two new specialty products—the QR-Equine and QR-Express,” Akbar Al-Baker, Qatar Airways’ Group Chief Executive, said at a crowded press conference at the new Doha airport on October 27.

The surge in the ranking and the increased cargo volume has also led to an increase in the number of freighters.

The carrier flies to 48 freighter destinations - nine of which are served exclusively by cargo aircraft. It launched its Los Angeles freighter service on April 4 this year. However, bellyhold cargo is transported to more than 150 destinations with 100 interline partners. While Qatar Airways has been building up its success story, other competing carriers have been “screaming at us”, as Al-Baker put it. Qatar Airways’ runaway success seems to have unnerved a number of European and American carriers that point out that Qatar Airways was getting subsidies and strong government support, giving it competitive advantages.

In response, Al-Baker questioned why these airlines did not raise the issue of subsidies, which were given by governments of a number of countries to their national carriers in various forms. Qatar Airways, unlike airlines of other countries, did not get a long-term systematic funding from its government and “our objective is to make profit, like any other business venture”, he added.

Qatar Airways Cargo, according to Al-Baker, can serve some 88% of the world’s air-cargo needs from Doha, which thanks to its growing strength, was competing with other established airports in the region.

While declining to give any revenue figures, Al-Baker said that cargo accounted for some 25% of the airline’s total revenue. “We want to be in the courier business because it is a high-yield business with high margin. We are not aspiring to be a FedEx or DHL but want to play a role in this segment,” he maintained, adding that the express business would be carried out under the aegis of Qatar Airways.

Qatar Airways lifted over 49,000 tonnes of cargo from the U.S. market in 2014; the U.S. is expected to continue to be a key market for Qatar Airways Cargo, with the market predicted to add more than one million tonnes of freight before 2018.

In 2014, over 100,000 tonnes of perishable products were exported by air from Los Angeles. With around 40,000 tonnes destined for the Middle East and Europe, Qatar Airways Cargo’s dedicated QR-Fresh service and modern storage facilities will ensure “the seamless movement of perishable goods, including fruits, vegetables and fish which require constant temperature-control during transit and on to their final destination”, according to the carrier sources.

Asked if he had further expansion plans for the United States, Al-Baker said this could “not be ruled out”.

The carrier’s chief executive also did not rule out partnership with other airlines in other regions of the world. He also underscored that there should not be any protectionism in the cargo sector, as governments were doing in some countries to shield their national carriers by preventing or restricting foreign carriers from operating from their prime airports. This was, particularly, the case with some airports in Europe. “That is why we are seeking a dialogue with Brussels (the EU headquarters) to explain our position on competition,” he said.

“We are not simply wanting to be the world’s number one in the business but that may happen because of our organic growth,” he explained.

Qatar Airways transported a volume of roughly 1.2 million tonnes in 2014. The carrier expects a growth of 25-30% this year.

After making do with smaller planes for its launch earlier this year, Breeze Airways on Tuesday collected its first Airbus SE A220, with novel plans to change the capacity of… 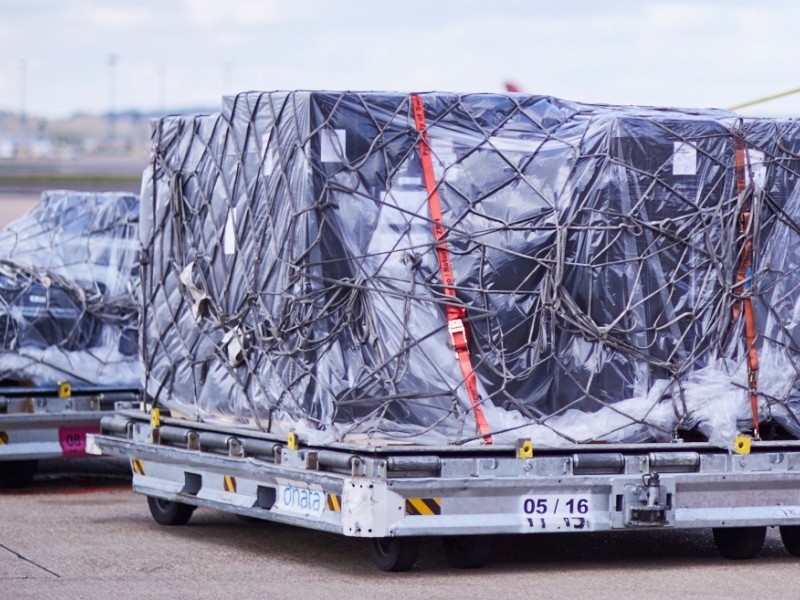 (Bloomberg) -- Avianca Holdings SA will ask a judge to approve a bankruptcy plan that the airline says will eliminate about $3 billion in debt and preserve over 10,000 jobs.