The Specialized Carriers & Rigging Association (SC&RA) announced the winners of its 2021 Hauling Job of the Year Awards on October 29, at its Annual Conference at the La Cantera Resort in San Antonio, Texas. Three SC&RA members – all demonstrating exceptional ingenuity, skill and commitment to safety – were recognized for meeting some of the industry’s most complicated challenges and responding with superior professionalism. Emmert International, Omega Morgan and Precision Specialized, Inc. all took home the prized award for the SC&RA Hauling Job of the Year in their respective categories. Emmert International won awards in two categories.

After completing the engineering and permitting process from March 2019–May 2020, Emmert International utilized a combination of Goldhofer platform THP/SL trailers, Goldhofer ADD Drives and seven Prime movers to transport a Nuclear Reactor Pressure Vessel Cask (RPV) from North Las Vegas to Clive Utah. Taking place from July 2020–August 2020, the 400-mile journey required a detailed route survey that was presented to the Nevada Department of Transportation (NDOT) for analysis, and over the course of 12 months, NDOT and Emmert identified a suitable route that entailed 7 percent grades, culverts that needed to be shored and civil improvements along the roadway and at railroad crossings. The RPV’s dimensions were 47’ 7 ¼” x 15’ 9” x 19’ 4 ½”, and it weighed 1,470,00 pounds. The project comprised 1,260 man-hours, with no injuries, illnesses or DOT recordables documented.

From March 2020 to May 2020, Omega Morgan, Inc. was hired to transport two Cold Box Modules from the Port of Longview, WA, to a large semiconductor factory in Hillsboro, OR. The pieces’ dimensions were 144’ x 17’ W x 15’ H- 457,600 lbs. The pieces were loaded onto an Omega Morgan-provided barge directly from ship’s gear. From there, they were moved across the Columbia River into Oregon and offloaded utilizing SPMT trailers and placed to rest on beams and stands. Omega Morgan crews utilized hydraulic dollies for the first half of the 45-mile journey. For the second half, the units were transloaded onto six lines of four-file K25 trailer and eight lines of two-file Goldhofer trailer, with custom bunks and turntables on both. The route, which took three nights to traverse, required unique equipment configurations, locations that allowed transloading the pieces and extreme amounts of coordination to shut not only two roads, but a state highway, and jump a bridge in the same night. Additionally, a tremendous amount of wires had to be lifted and removed over the course of the project, and night congestion/traffic control was also a focus due to well over 15 vehicles in the convoy. The project totaled 5,384 man-hours, and there were no OSHA or DOT recordables.

From September 2020–October 2020, within a job that included the movement of eight modules from Oakville, Ontario, to the port of Hamilton, Ontario, Precision Specialized, Inc. was involved in the largest move it has ever executed. Overall, Precision was tasked with assisting in the manufacturing, as well as all aspects of the transportation scope, from start to finish. The largest module (Module 2) was a power generation module – part of a complete modular plant built in Oakville, and shipped to France via the Port of Hamilton. The scope for this module was transportation only, and the dimensions were 36’ x 21’ x 21’ – with a net weight of 110,000 lbs. Loaded dimensions were 150’ x 21’ x 24’ – with a gross weight of 240,000 lbs. For equipment, Precision utilized a 4-axle Western Star power unit, and a 13-axle perimeter rear steer (3-axle jeep / 6-axle dolly) trailer. While the normal routing from origin to destination is 15 miles, the final approved route for Precision was 70 miles. The job comprised 12,097 man-hours, and included complete road closures, related press releases, social media and television awareness campaigns, COVID protocols, challenging terrain and infrastructure in southern Ontario and the resulting high level of focus and attention to detail – which local police admitted was the best-planned move they’d seen in twenty years. There were no recorded injuries or illnesses, or DOT recordables. The job was delivered on time and on budget.

Moving Job of the Year:

From May 2020–June 2020, Emmert International utilized the largest rail car in the world to move a 1,470,000-pound nuclear reactor pressure vessel (RPV) from San Onofre, CA, to North Las Vegas, NV. The 36-axle Schnabel rail car ultimately needed to perform over 600 lifts and shifts to navigate the rail route. Additionally, the sides of the RPV cask had to be shaved down to fit within several through truss bridges. In some cases, clearance was less than an inch. The RPV’s dimensions were 47’ 7 ¼” x 15’ 9” x 19’ 4 ½”, and the route comprised 375 miles. The job also required a heavy-duty slide system to load/offload the rail car, along with engineered compression plates and pin attachments. As for routing issues, Emmert performed a railroad survey with a laser-outfitted high-rail truck, where over 40,000 data points were taken to validate clearance. They also had to shore the San Juan railroad bridge, upgrade railroad siding at the point of origin and build new rail siding at the North Las Vegas delivery point. The job required 1,440 total man-hours, and safety considerations included low-level radiation, an emergency response plan, notification to governing agencies, rail car training for new employees and a trailer caboose, which provided sleeping accommodations for a 24-hour operation. There were no recorded injuries or illnesses, and no DOT recordables.

Other Hauling Job of the Year Entries Included:

• From November 2020–February 2021, Barnhart Crane & Rigging was contracted to transport a Deisobutanizer Tower from Oklahoma City, OK, to Superior, WI.

• From September 2019–November 2020, as part of the Ridgeline Wind Project, Mountain Crane Service received wind turbine components for Vestas V136 towers in a laydown yard, loaded the components onto specialty equipment and transported the equipment up 28 miles of mountain roads – an elevation gain of 3,120 feet.

• Barnhart Crane and Rigging was contracted to barge a deethanizer from Houston, TX, to Freeport, TX, in April 2020, then transport it over the road from Freeport, TX to Sweeny, TX.

• In November 2020, Transdata Engenharia e Movimentacao (Transdata) performed the transport and handling of a 359-ton generator, leaving the Port of Itaqui (Brazil), bound for Santo Antônio dos Lopes. The project was carried out to the customer “TECHINT,” which refers to the receipt of special parts on the northern coast of Brazil, port handling, unloading, storage, reloading, transport and road handling to the jobsite, unloading and rigging. 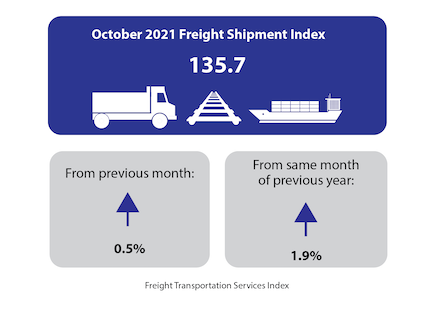 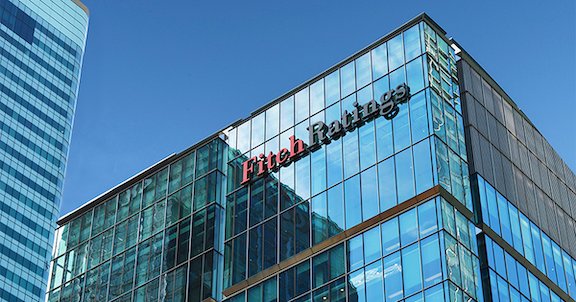