In response to the global movement to decarbonize the transportation industry, and consistent with its leadership in environmental issues, the Montreal Port Authority (MPA) continues to evolve towards clean energy, notably green hydrogen, ethanol and methanol. On June 10, it signed a cooperation and development agreement with Greenfield Global, which specializes in the production of biofuels. In the wake of dockside shore power implemented in 2017, the development of green hydrogen will make indirect shore supply of electrical power possible for the marine industry.

To cooperate and develop

United in a shared vision to encourage the energy transition and diversify environmentally responsible energy alternatives, the MPA and Greenfield decided to pool their expertise. The signed cooperation and development agreement aims to identify, conceive and implement innovative green energy solutions, among which green hydrogen, ethanol and methanol are at the forefront.

A working committee has been set up to oversee the development and implementation of these new energy solutions for current and future MPA activities as well as those of MPA partners and the marine industry.

As one of the most environmentally responsible ports in North America according to Green Marine’s annual ranking, by achieving the highest level (5) across all environmental matters, the Port of Montreal is continuing its transition to clean technologies and low-carbon fuels.

In recent years, the Port of Montreal has taken several actions to significantly reduce its GHG emissions. More specifically, it has rolled out over 20 shore power connection points where wintering and cruise ships can plug in dockside, a fleet of fully hybrid service vehicles, a liquefied natural gas (LNG) refuelling solution and next-generation low-GHG emitting locomotives. These various initiatives and those of its partners, who since 1993 have been bound to comply with environment clauses in their leases, have enabled the MPA to reduce GHG emissions specific to its own activities by 25% since 2007 and to lower the intensity of GHG emissions by 22% between 2010 and 2017 for all activities on Port territory in Montreal and Contrecœur.

“Developing low-carbon fuels is the way of the future for the transportation industry. The Port of Montreal wants to position itself among the forerunners and strengthen its position as a leader on the St. Lawrence in terms of sustainable development. Our trade objectives are integral to our sustainable development objectives, and we firmly believe that this alignment will help boost the competitiveness of the St. Lawrence”, said Martin Imbleau, President and Chief Executive Officer of the Montreal Port Authority.

“As the leading producer of low-carbon transportation fuel in Quebec, we are excited to partner with the Port of Montreal to develop and commercialize green hydrogen and green methanol solutions for the maritime industry. Greenfield recognizes the importance of implementing biofuels for commercial shipping in order to reduce greenhouse gas emissions and plans to play an important role in helping the maritime transportation industry reach its sustainability goals”, said Howard Field, CEO, Greenfield Global. 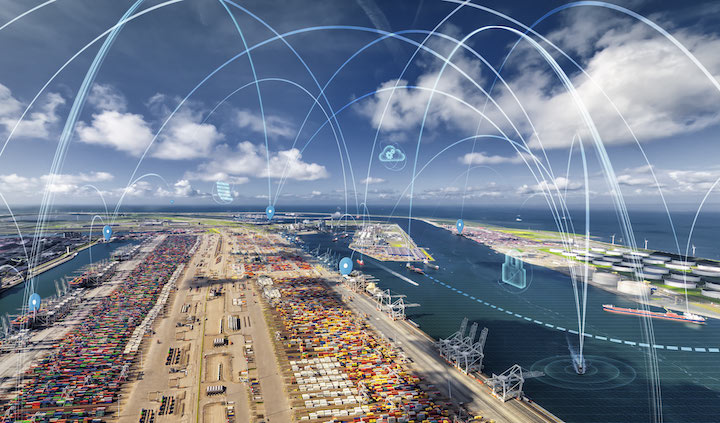