The ocean shipping industry, among the world’s biggest polluters, is asking a key regulator to overhaul its emissions directives so that all carriers are working off the same rulebook as they make the expensive changes needed to cut output of harmful carbons.

With roughly 90% of global trade transported by sea, the industry emits more carbon annually as Germany and the Netherlands combined. And if shipping were a country, it would be the world’s sixth-biggest greenhouse-gas emitter, according to the World Economic Forum.

The WSC, whose members include A.P. Moller-Maersk A/S, Cosco Shipping Holdings Co. and MSC Mediterranean Shipping Co., is asking for “global, enforcible multilateral regulation to avoid the race to the bottom,” said Jan Hoffmann, head of trade logistics at the UN Conference on Trade and Development. “They don’t really mind that level of regulation as long as it’s the same for everybody.”

The Global Maritime Forum estimates that fully decarbonizing the shipping sector by 2050 will require as much as $95 billion of investment per year starting in the next decade. That compares with $25 billion climate change could cost the industry every year by the end of the century, according to an Environmental Defense Fund report. The container port industry’s global net earnings in 2019 totaled about that amount.

Companies investing in alternative energies “probably are going to get ahead in efficiencies that will bring huge reductions in costs,” said Josue Velazquez Martinez, a lecturer at the Massachusetts Institute of Technology Center for Transportation and Logistics. “There is a keen interest.”

The IMO’s marine environmental protection committee will meet in June to discuss the advancement of its greenhouse-gas emission strategy.

The current framework establishes a 50% cut in emissions by 2050, well short of what’s required to align the sector with the Paris Agreement’s ambitions on limiting temperature increases. To address that, the committee recommended all member states fully decarbonize by then, but a majority including Saudi Arabia and China voted against it last year.

Getting the IMO’s 175 member states to reach consensus is far from easy. At the last IMO session in November, they failed to pass a tiny CO2-based charge on vessels’ fuel consumption, with many countries raising concerns about the levy.

In the European Union, there are plans to include ocean shipping in the bloc’s Emissions Trading System, which aims to boost uptake of sustainable fuels. The ETS rules would apply to 100% of emissions for ships sailing to and from EU member states, and 50% of the discharges for ships traveling between the bloc and non-member states.

Cargo ships typically run on oil that produces particularly high carbon-dioxide emissions, but efforts to innovate are growing. The number of zero-carbon shipping projects has almost doubled in the past year, according to the Getting to Zero Coalition, constituted of more than 150 firms within the sector.

Maersk, the world’s second-largest shipping line, alone consumes about 12 million tons of oil in a year, the same amount produced in the world daily. Still, it’s vowing to go carbon-neutral by 2040, a decade ahead of its own schedule.

The Copenhagen-based carrier intends to run its first methanol-fueled ship by summer of 2023, said Jacob Sterling, its head of decarbonization. Finding fuel for the goal hasn’t been easy.

“We found ourselves in this chicken-and-egg dilemma where we tried to convince people to produce green methanol,” Sterling said. Providers refused to make a firm commitment because Maersk didn’t yet have any green ships that would run on that fuel. “It was like we were going around in circles.”

At the same time, making the transition to cleaner fuel is going to be difficult, because “shipping will be competing for the same green electrons as other industries,” said Jan Dieleman, president of Cargill’s Ocean Transportation business.

With many ports moving record cargo, the situation could get worse. Assuming a steady growth rate, global trade volumes are expected to reach 120 billion tons in 2100—but under the worst-case climate scenario, that growth could be stunted by as much as almost 10%, according to the EDF.

“As trade grows and we don’t move away from fossil fuels, then the emissions from the shipping sector will grow as well,” said Marie Cabbia Hubatova, one of the EDF report’s authors. “One way to look at it is: ‘If I don’t decarbonize, then I’m basically self-destructive. The emissions I produce are eventually going to cost me a lot of money in damage brought by climate change.’” 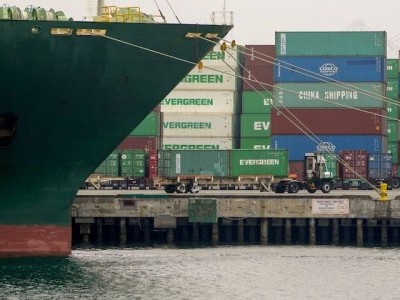 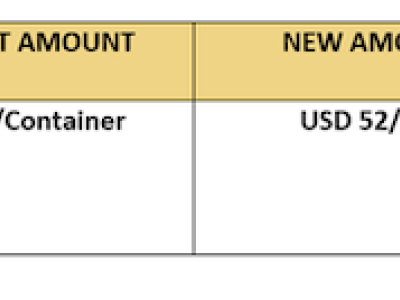 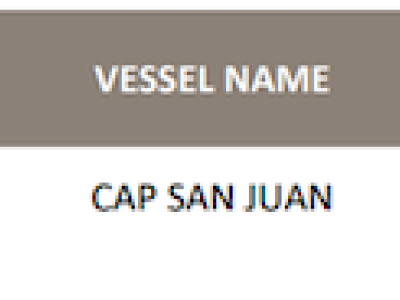 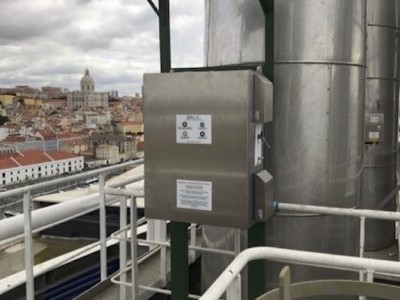 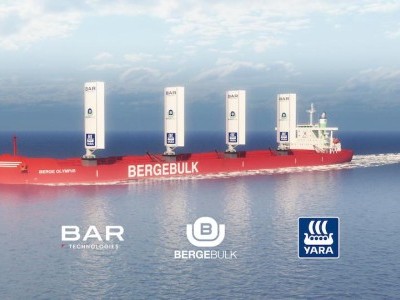 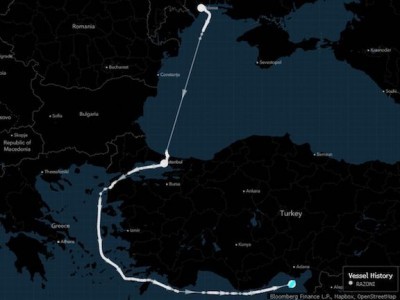 First crop ship to leave Ukraine is stuck without a buyer