The European Union and the U.S. exchanged tariff threats this week after the World Trade Organization, in its ruling over illegal state aid America provided to Boeing Co., gave the EU permission to impose duties on $4 billion worth of U.S. goods.

French Finance Minister Bruno Le Maire on Friday said he’s in favor of moving forward with retaliating against the U.S. in order to encourage a resolution to the dispute.

“Europe must prepare sanctions on the U.S. because it has the right and the strength to do so,” he said on French television BFMTV.

Le Maire’s comments came a day after President Donald Trump said the U.S. will “strike much harder” if the EU goes ahead with the plan.

“If they strike back, then we’ll strike much harder,” Trump told reporters Thursday. “They don’t want to do anything, I can tell you that.”

To date, the U.S. has not applied the full thrust of its $7.5 billion tariff award that the WTO granted last year in a parallel dispute against Boeing’s European rival, Airbus SE.

That ruling led the Trump administration to impose 15% tariffs on Airbus aircraft and 25% levies on an array of European exports including French wine, Scotch Whisky and Spanish olives. Washington could raise those import taxes to 100%, which for many European products would effectively block their entry into the U.S. marketplace.

Meanwhile, the EU—which has drawn up a list of American products that will face tariffs—will likely hold fire until after the U.S. presidential election on Nov. 3, according to three officials familiar with the bloc’s thinking.

“It’s a major political choice,” he said. “Do we remain powerless against U.S. sanctions or are we capable of showing our strength as the law permits?”

The EU’s draft retaliation list aims to target politically sensitive U.S. industries for Trump and his Republican allies in Congress, such as aircraft, coal, farm products and seafood.

The earliest date that the EU could trigger new U.S. tariffs is Oct. 26, when Brussels can request and the WTO can grant formal authorization to retaliate legally under international rules.

The top trade officials from the U.S. and EU have said they prefer a negotiated solution to the 16-year-old aircraft dispute rather than engage in a damaging round of tit-for-tat tariffs.

On Tuesday the EU’s trade chief, Valdis Dombrovskis, said the bloc’s “strong preference is for a negotiated settlement. Otherwise, we will be forced to defend our interests and respond in a proportionate way.”

The U.S. Trade Representative’s office said Brussels has no basis to impose tariffs and said the Trump administration has “exercised restraint” with its WTO judgment. USTR Robert Lighthizer said he’s “waiting for a response from the EU to a recent U.S. proposal and will intensify our ongoing negotiations with the EU to restore fair competition and a level playing field to this sector.”

Lighthizer previously said he’s seeking two things: a pledge from Europe to end its aircraft subsidies and for Airbus to repay the subsidies it received from France, Germany, Spain and the U.K.

European industry officials argue that the U.S. demands are too heavy-handed and the pandemic has complicated the prospects for a deal. Both sides are mulling ways to support their airline industries through a period in which global travel restrictions have hammered passenger air travel.

Wheat futures in Chicago extended a rally amid worries about global shortfalls even after India said it would relax its order curbing exports.

President Joe Biden will launch a long-awaited economic initiative for increasing US involvement in Asia in the coming days during his trip to the region, according to one of the… 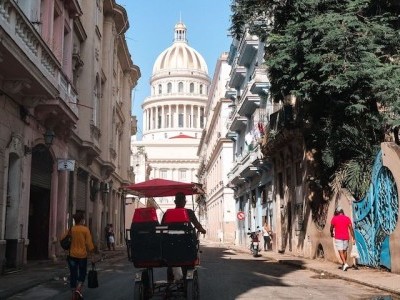 India is allowing “some relaxation” of its order restricting wheat exports to allow traders to meet prior commitments, according to the trade ministry. Futures fell as much as 3.8% in… 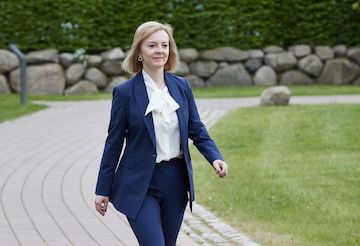 US deepens China solar tariff probe with scrutiny of 8 firms

US plans to boost penalty on Russia, China export violations
US Department of Commerce and Malaysian Ministry of International Trade and Industry sign MOC to strengthen semiconductor supply chain resiliency